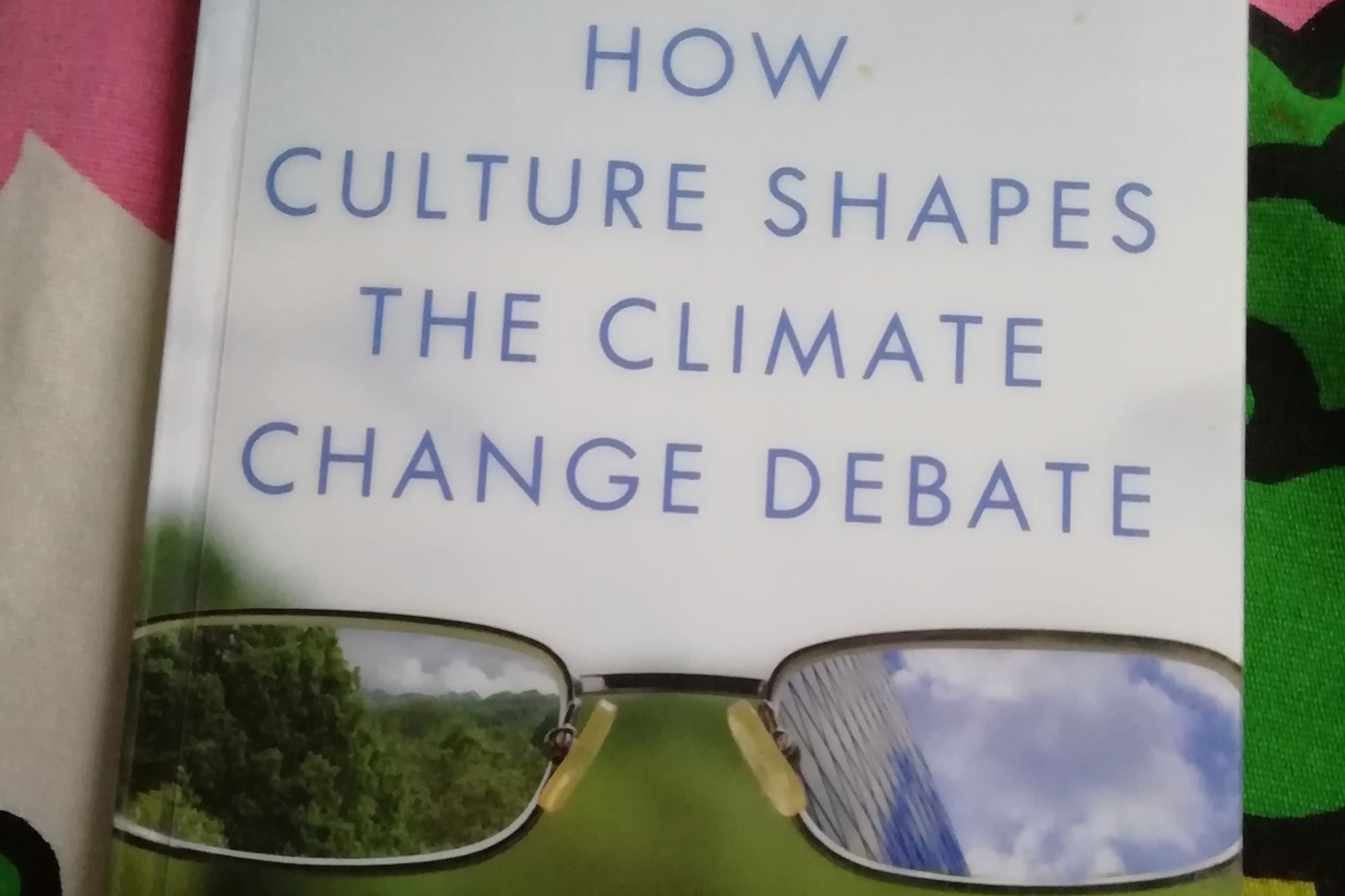 is studying for a PhD in Biodiversity Management at the Durrell Institute of Conservation and Ecology (DICE) on social marketing and behaviour change for demand reduction in wildlife trade. Here, she shares some thoughts about a number of books she has read as part of #LockdownLiterature beginning with a book that examines why the debates around climate change remain fiercely polarised. “This quick read was borrowed from the Templeman Library in the nick of time, before the University temporarily closed it. Essentially, Hoffman looks at how the split in climate change consensus no longer concerns carbon dioxide, greenhouse gases or climate modelling but is rather the product of contrasting, deeply entrenched worldviews.

“My favourite section involved analysis of two major societal shifts, the abolition of slavery and the connection of cigarettes with lung cancer, to see what lessons are applicable to climate change: 1) the gap between scientific and social consensus; 2) overcoming vested economic interests; and 3) the importance of hope.

Mouthful of Birds by Samanta Schweblin (translated by Megan McDowell) “Samanta Schweblin is an Argentine author of three collections of short stories and one novel. This collection from 2019 was nominated for the Man Booker International Prize.

“I don’t really have the words to do this collection of short stories justice. They are dreamlike, disquieting, unsettling, yet, before I could process the (lack of) ending of one, I was into the next. I wanted to Google the meaning of each story, but I learnt you just have to accept dissatisfaction and let go of ordinary expectations. “This fictional work takes place in a period where a strange virus is sweeping the globe and humans have become allergic to one another. Simply standing next to somebody could be a death sentence. Sound familiar?

“Okay, this one I only gave 3 stars (and I’m a generous rater – there are a lot of 5 stars on my Goodreads shelf!), but it certainly helped put the lockdown in perspective. What if you were stuck at home, for five long years, and you were unable to even be in the same room as another living being? “After the chillingly relevant Skin, this was a nice, easy crime thriller with a rather unreliable narrator from beyond the grave. What’s not to like?”

Have you read these books before or maybe you’re now thinking about giving some of them a go? If so, we’d love to know your thoughts on the works in the comments.

And don’t forget to share any reviews of your #LockdownLiterature with sacsocialmedia as part of the #KentBookClub.