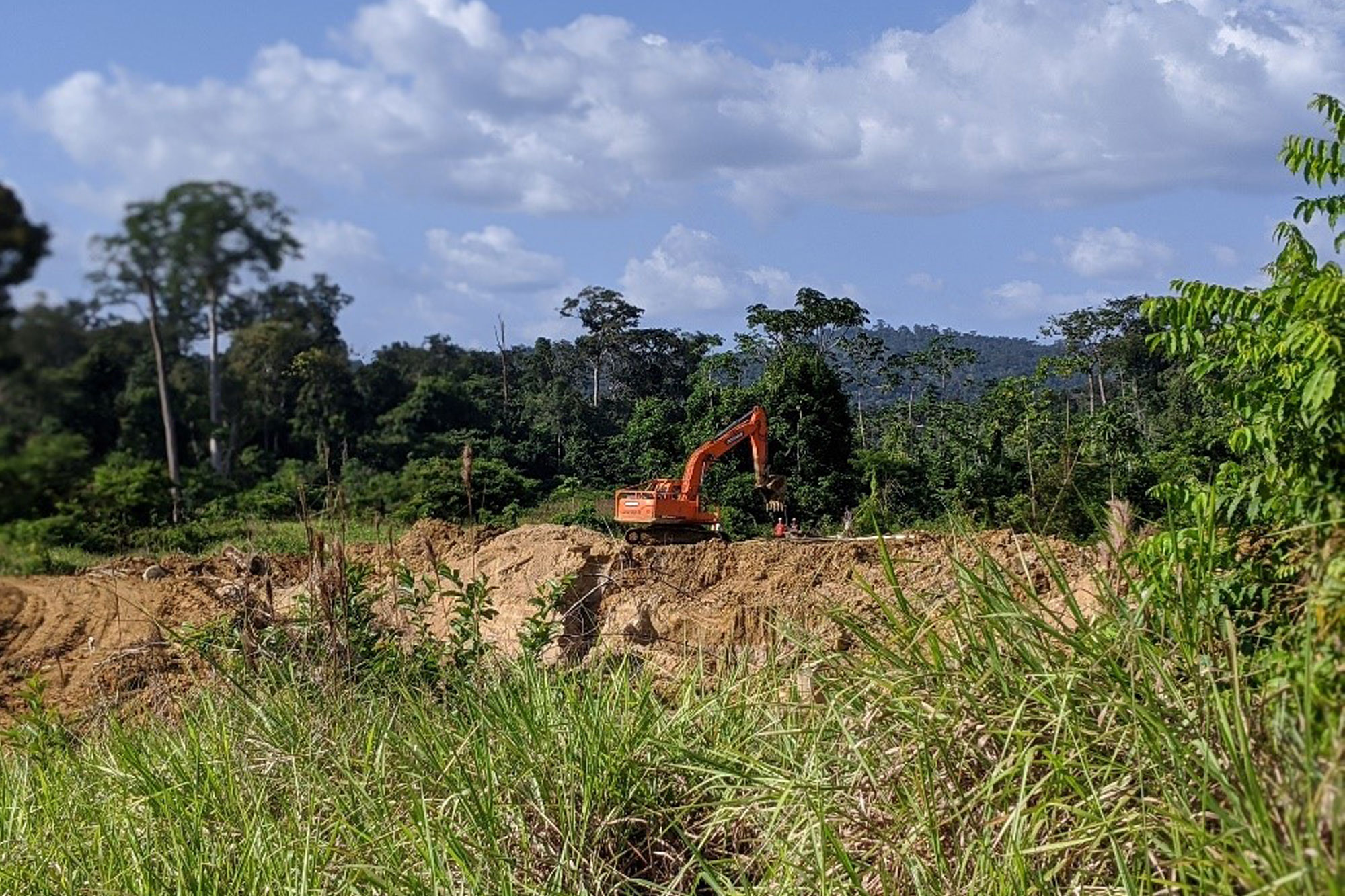 "Excavator removing vegetation to allow miners access to sub-surface deposits" by Will Hayes. 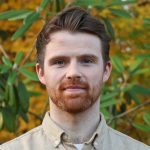 Will Hayes is studying for a PhD in Biodiversity Management at the Durrell Institute of Conservation and Ecology (DICE) on predicting and navigating future discord between gold mining and other livelihoods in Guyana’s rainforest. Here, he provides a field diary of his recent research trip conducted at the start of this year.

“Arriving in Guyana for the second time, I felt a new sense of excitement. Rather than studying urban bird communities in Georgetown (as I did for my MSc project at DICE), I was now delving into the world of gold mining, livelihoods and rainforest biodiversity. A long way from the farm back home in Ireland.

“Research, as we all know, has its ups and downs. On this short field trip, I definitely experienced both. My trip to the gold mines was held back for weeks due to permit issues, but this also gave me the opportunity to talk to stakeholders I wouldn’t have spoken to if I had spent all my time in the gold-mining areas of Guyana’s interior (as initially planned). The government officials and advocacy groups I spoke to in Georgetown gave me a wide range of information and invaluable insight on the challenges and opportunities facing Guyana’s gold-mining industry today. A testament to ‘every challenge is an opportunity in disguise’.

“My first venture to a mining settlement was in the Cuyuni-Mazaruni region. As I had not received my research permit at this time, it was purely an exploratory trip. Following a seven-hour journey, which involved travelling by car, boat and a 4×4, we arrived at Puruni Landing.

Puruni Landing is a small settlement dependent almost entirely on gold mining. On arrival, the place was quiet as red dust from the dried, latosol soil swirled in the midday breeze. Miners, the majority of the population, were out working for the day, thus the quiet atmosphere. I took a brief stroll around and noticed there was no school, no police station, no health centre and no paved roads. Only food establishments, bars, hotels and, of course, gold dealerships. I was told this was typical of a small mining settlement.

“Later that afternoon, we visited numerous gold mines. These visits gave me a good insight into gold mining as a livelihood and also a first-hand account of the forest loss caused by mining. Gold mining is not a glamorous occupation. I learned from the miners that it is a tedious, backbreaking, and dangerous one with a high level of financial uncertainty. For example, even after a successful preliminary exploration (in which an area is deemed valuable enough to mine for gold), weeks of excavation and significant levels of investment, there are no guarantees for riches. However, gold mining still remains one of the largest industries in Guyana today and many of the operations are successful, providing a source of livelihood to thousands of people.

“As important as gold mining is to the people of this area and in supporting their families (many are living paycheck to paycheck), it was hard not to notice the damage to the rainforest in Puruni. Gold mining is the biggest driver of deforestation in Guyana and it is obvious why. Any tract of forest (and the biodiversity it supports) lying upon a potentially valuable gold mining site is completely removed, either by an excavator or other means. Then, using high powered hoses, the fertile soil is blasted away to reach the gold deposits (if any). Following this, toxic mercury is involved, but that is a story for another day.

“This method of resource extraction doesn’t leave much room for nature. However, any miner I spoke to does not particularly enjoy damaging the forest, and almost all wish there was another way to get to the gold. These men and women spend a large part of their life in the forest and, during this time, many gain visceral respect for the nature which surrounds them. But they must also make a living. People will nearly always require having their basic needs met before they can think about nature conservation.

“After another few weeks of meetings, phone calls and emails in Georgetown, I finally received my research permit. Relief in epic proportions.

“Almost instantly, I was on my way to Mahdia & Campbelltown in the Potaro-Siparuni region of Guyana. The interior of Guyana is largely uninhabited with a few small towns such as Mahdia, which has a population of ca. 2,500 people. The town used to be what is known as a landing, an informal mining settlement, just like Puruni. It now has a hospital, primary and secondary schools, a police station, a GGMC (Guyana Gold & Mines Commission) office and paved roads. Mahdia, again like Puruni, relies almost solely on gold mining. Campbelltown is an Amerindian settlement which directly borders Mahdia.

“Before I left Georgetown, my project partners, Conservation International Guyana (CIG), put me in contact with residents of Mahdia & Campbelltown. This was a great advantage as it allowed me to begin my research right away. Most of my time here was spent organising and conducting interviews, and chatting with residents about their livelihoods. Whilst I cannot speak too much on my research findings at this early stage, I can tell you that the information I gathered in Mahdia & Campbelltown has provided me with invaluable context on the challenges that face mining and other livelihoods in Guyana’s rainforest.

“The people of Mahdia & Campbelltown made me feel very welcome and I thank them for this. I am looking forward to my return during my next field excursion.

“Coming from a conservation background and seeing the damage mining causes to the ecosystem was distressing, but talking to residents of gold mining areas and understanding the challenges they face showed me there are always two sides to a coin. From this, I learned that removing all predispositions before conducting research is of upmost importance.

“Overall, this short field trip is already playing an integral part in my research. Reading the literature around my subject has proven very important in shaping my project, but this visit has allowed me to fine-tune my research questions. Context is everything.

“The next steps for me are working on the desk-based parts of my project (deforestation modelling), designing my questionnaire using the information I gathered during this field trip before organising my next field expedition. Not to mention staying sane during this period of self-isolation.

“Thank you for reading and stay safe out there.”

Will thanks all at the Global Challenges Doctoral Centre (GCDC) for granting him this opportunity, Conservation International Guyana (CIG) for their ongoing advice and assistance, Meshach Pierre, and everyone else involved in this project (you know who you are).