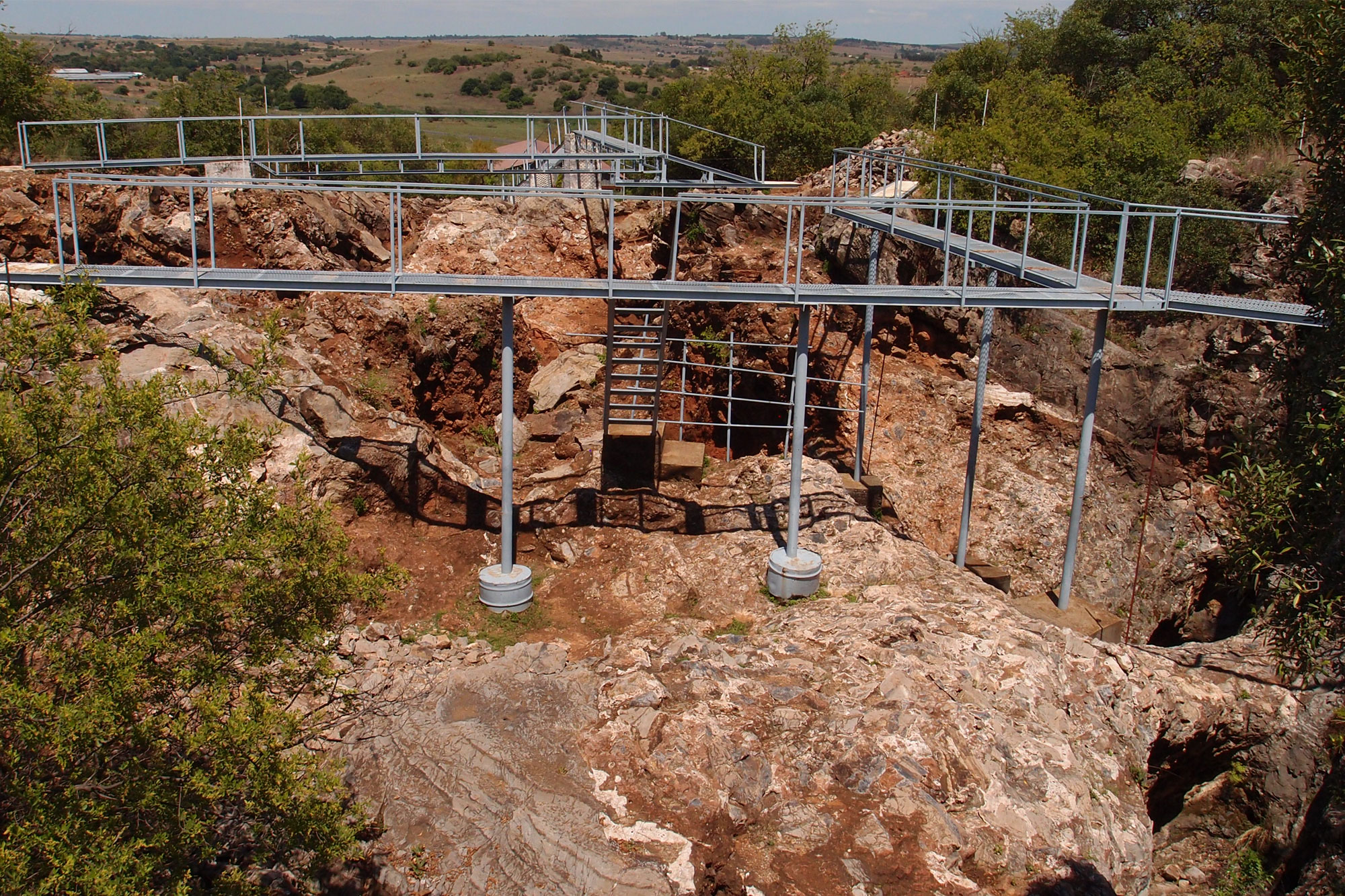 "Sterkfontein site view (where the fossils were located)" by Matt Skinner.

A new study led by the School of Anthropology and Conservation has found evidence that human ancestors as recent as two million years ago may have regularly climbed trees.

Walking on two legs has long been a defining feature to differentiate modern humans, as well as extinct species on our lineage (aka hominins), from our closest living ape relatives: chimpanzees, gorillas and orangutans. This new research, based on analysis of fossil leg bones, provides evidence that a hominin species (believed to be either Paranthropus robustus or early Homo) regularly adopted highly flexed hip joints, a posture that in other non-human apes is associated with climbing trees.

These findings came from analysing and comparing the internal bone structures of two fossil leg bones from South Africa, discovered over 60 years ago and believed to have lived between 1 and 3 million years ago. For both fossils, the external shape of the bones were very similar showing a more human-like than ape-like hip joint, suggesting they were both walking on two legs. The researchers examined the internal bone structure because it remodels itself during lifespan based on how individuals use their limbs. Unexpectedly, when the team analysed the inside of the spherical head of the femur, it showed that the hip joints had been loaded in different ways.

The research project was led by Dr Leoni Georgiou, Dr Matthew Skinner and Professor Tracy Kivell, and included a large international team of biomechanical engineers and palaeontologists. These results demonstrate that novel information about human evolution can be hidden within fossil bones that can alter our understanding of when, where and how we became the humans we are today.

Dr Georgiou said, “It is very exciting to be able to reconstruct the actual behaviour of these individuals who lived millions of years ago: every time we CT scan a new fossil, it is a chance to learn something new about our evolutionary history.”

Dr Skinner added, “It has been challenging to resolve debates regarding the degree to which climbing remained an important behaviour in our past. Evidence has been sparse, controversial and not widely accepted an, as we have shown in this study, the external shape of bones can be misleading. Further analysis of the internal structure of other bones of the skeleton may reveal exciting findings about the evolution of other key human behaviours such as stone-tool making and tool use. Our research team is now expanding its work to look at hands, feet, knees, shoulders and the spine.”