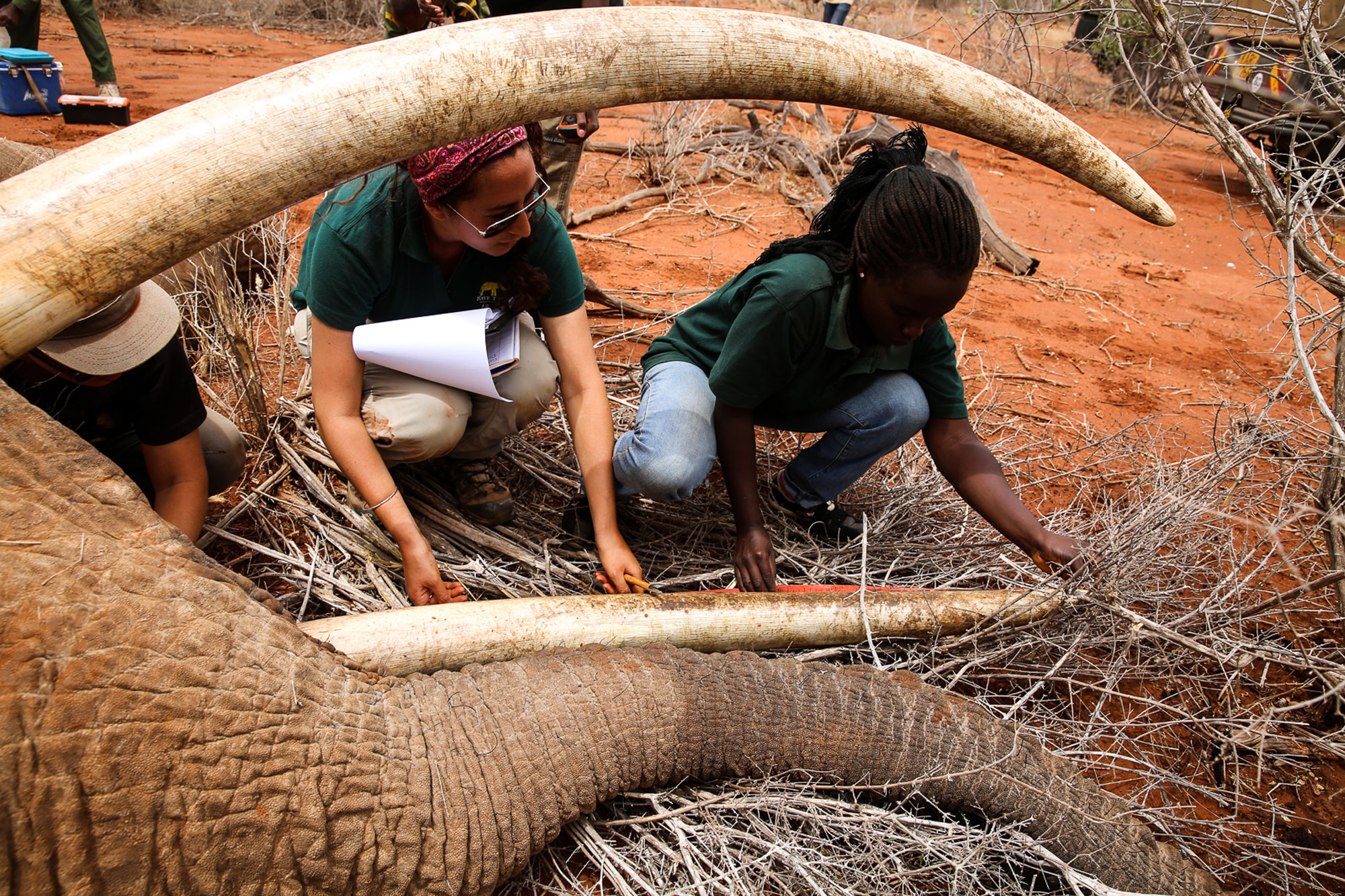 "Measuring an elephant tusk during a collaring operation" by Naiya Raya.

The University has been awarded a highly prestigious Queen’s Anniversary Prize for Higher and Further Education for the work of the Durrell Institute of Conservation and Ecology (DICE). The official announcement took place at St. James’ Palace on Thursday 21st November, 2019.

The Queen’s Anniversary Prizes are awarded, within the honours system, for exceptional contributions by institutions in the higher and further education sectors and will be presented at Buckingham Palace on 20 February 2020.

Since its foundation, DICE has been a leader in its field, and instrumental in supporting applied research and capacity building in this area. It is the largest UK higher education institute to undertake this work, offering interdisciplinary undergraduate and postgraduate courses in wildlife conservation. To date, over 1000 conservationists from over a 100 countries have trained with DICE.

Professor Karen Cox, Vice-Chancellor and President of the University, said, “I am absolutely delighted that DICE should receive such an accolade. It is a much-deserved tribute to the exceptional work of its students, staff and alumni and the outstanding contribution they make to global conservation.”

Professor Bob Smith, Director of DICE, commented, “We are very honoured to receive such a prestigious award. The Prize acknowledges the hard work that has taken place over the last 30 years, and will support our future endeavours as we seek to grow our impact across the globe.”

DICE leads projects in over 50 countries, including research on human wellbeing and nature, human-elephant conflict, oil palm deforestation, online illegal trade in protected species, national park planning and ecotourism projects, and the mapping of biodiversity through eDNA. This work is supported by funding from a range of sources including NERC, Natural England, the government’s Darwin Initiative and the Global Challenges Research Fund, part of the UK’s official development assistance.

This award is the third Queen’s Anniversary Prize to be presented to the University, with previous awards recognising the work of the Kent Law Clinic and the Tizard Centre.