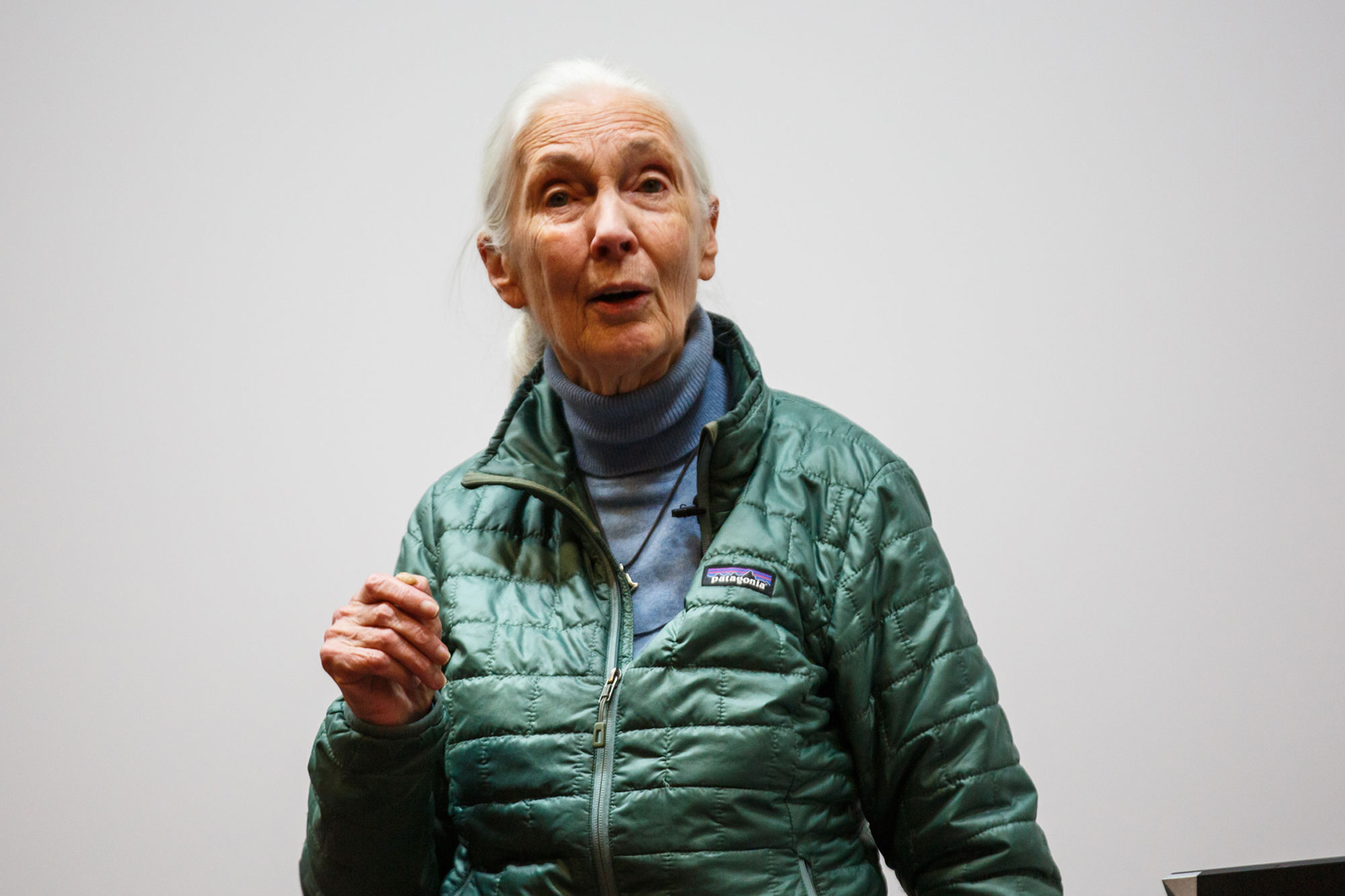 The Durrell Institute of Conservation and Ecology and the School of Anthropology and Conservation were delighted to present Dame Jane Goodall DBE as the special guest speaker for the 2020 DICE Lecture. Her presentation was entitled ‘Gombe and beyond: Chimpanzees, conservation and change.’

The talk addressed her early research at Gombe in eastern Tanzania which began in 1960, and the Jane Goodall Institute’s programmes that have evolved over 60 years.

Dr Goodall also talked about her Roots & Shoots programme, which empowers young people of all ages in more than 50 countries to become involved in hands-on programmes to benefit the community, animals (including domestic animals) and the environment we all share.

The event raised funds for the Jane Goodall Institute UK and the DICE MSc Scholarship Fund, and all the ticket proceeds went towards helping support conservation work around the world.

The talk took place on the University’s Canterbury campus on February 25th, 2020. A write-up of the evening can be read here.

2018/19 – Professor Chris Thomas, University of York
Surviving the Anthropocene: a story of biological gains and losses

2017/18 – Cathy Dean, CEO of Save The Rhino International
The appliance of science: thorny issues in rhino conservation

2014/15 – Stanley Johnson, Politician, author and expert on environmental and population issues
Forty years of environmental policy: has it made a difference? A personal perspective

2008/09 – Professor Callum Roberts
The past and future of coral reefs: exploitation, tourism and climate change

2006/07 – Willem Wijnstekers
Can CITES be a guarantee for sustainability?

1994/95 – Sir Robert May AC FRS
What is biodiversity and does it affect ecosystem stability?