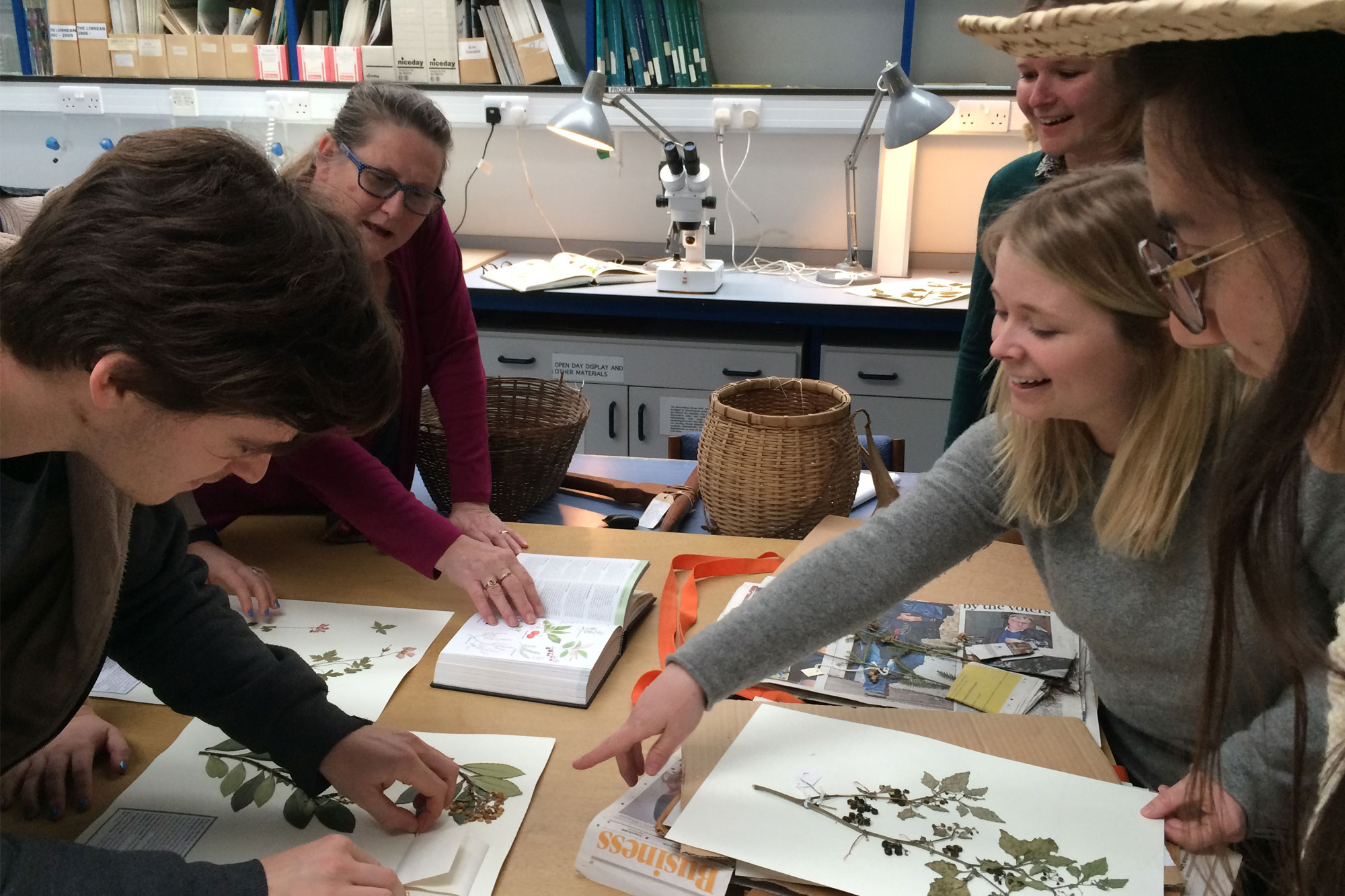 Since 1998 we have trained nearly 150 students through our dynamic MSc programme. Many have gone on to continue ethnobotanical research in high-profile institutions or start their own businesses committed to further understanding plant ecology.

We have been fortunate to have two Bhutanese students complete the MSc, both named Ugyan. The first Ugyan was in our inaugural class in 1998, and wrote a dissertation on the sustainable use of medicinal plants in Bhutan. In 2005, Ugyen and his wife founded a small natural products company known as BioBhutan. They support poorer communities in Bhutan by buying certified organic agricultural produce such as ginger, lemongrass and pepper, and make teas, soaps, cosmetics and health and dietary supplements.

Our second Ugyan came to Kent in 2006 and completed his MSc by research on Cordyceps, the famous medicinal fungus that grows from the head of catepillars high in the Himalayas. Ugyan has gone on to work on programmes promoting the agricultural production of medicinal plants for the Ministry of Agriculture, and most recently was appointed as country head of a large UNDP programme on Adaptation to Climate Change in Bhutan.

Paul came to Kent in 2009 from Durham with an undergraduate degree in Anthropology. His MSc research was conducted under the auspices of the British Homegarden Project, led by Professor Roy Ellen and Dr Simon Platten at Kent, and concerned the fidelity of seeds exchange networks in allotment gardens in Whitstable, Kent.

He published some of his results in the journal Agriculture and Human Values, Deskilling, agrodiversity and the seed trade: a view from contemporary British allotments. Paul is now a PhD candidate in Social Anthropology at the University of Sussex. His research concerns the relationships between natural resources, elite groups, the anthropology of value and issues of morality in business and development, and has conducted fieldwork in the UK, Bangladesh, and Papua New Guinea.

Erin completed the MSc in 2003-4 with a distinction for her research on medicinal plant mixtures in Morocco. Her project was in conjunction with research being conducted by the Global Diversity Foundation on Trade in Plants and Animals in the Marketplaces of Southern Morocco. She then went on to work as a consultant researcher for the FAO in Ethiopia, with Professor Patricia Howard, on women’s use of plants published as Leaving two-thirds out of development: Female headed households and common property resources in the Highlands of Tigray, Ethiopia.

In 2008, she joined GDF as an international coordinator of programmes for two years. She then started her own Centre for Integrative Botanical Studies in Boulder, Colorado, where she teaches and oversees a diverse programme of education and training in many aspects of ethnobotany.

Christine came to Kent in 2006, with prior training in horticulture, botany, vegetation ecology and conservation from the Botanic Gardens of the Rheinische Friedrich-Wilhems-Universität, Bonn (Germany), as well as at the Royal Botanic Gardens, Kew, where she completed the Kew Diploma in Horticulture.

Her diploma thesis was a comparative research on the traditional cultivation methods and use of indigenous leafy vegetables by different ethnic groups in Kenya. Christine’s MSc research at Kent was on the use of homegardens in economic and ecological crises in Cuba. She published the research in the journal Human Ecology, ‘Cuban homegardens and their role in social-ecological resilience’, and then joined our colleagues at BOKU in Vienna for a PhD on the ethnobotany of baobab (Adansonia digitata L.) and tamarind (Tamarindus indica L.) in West Africa.

Her research highlighted the importance of those two indigenous fruit trees in rural subsistence and their potential for participatory domestication to guarantee future access for the rural poor. Christine has since joined the faculty at BOKU where she is an Assistant Professor in the Knowledge Systems and Innovation group in the Institute for Organic Farming.

James was already a successful garden designer when he came to Kent in 2004. He conducted research in Ecuador on the introduction of European medicinal herbs during the colonial period. He then went on to develop and present the popular award winning BBC2 series Grow your own Drugs (2009-10) and published two bestselling books to accompany the series. His third book, James Wong’s Homegrown Revolution, was published in 2012.

James is also a regular reporter on the BBC One rural affairs series Countryfile and panellist on BBC Radio 4’s Gardeners’ Question Time, and presenter of the forthcoming Channel News Asia series Expensive Eats. James designed our Ethnobotanical Garden at Kent and has won five RHS medals for his garden designs at Chelsea and Hampton Court garden shows. His design company is Amphibian Designs.