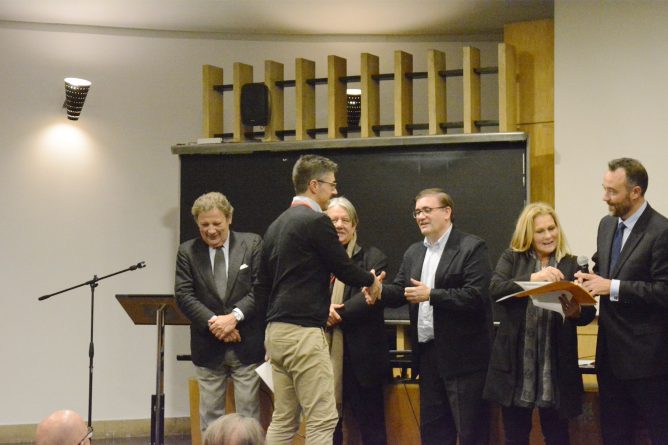 Dr Luciano Cardellicchio presented the first results from his Leverhulme-funded research project ‘Our Future Heritage’ at the 8th International Conference on Construction Research organised by the prestigious Eduardo Torroja Institute in Madrid. The principal purpose of the institute is to carry on scientific research and technical development in the field of construction and construction materials.

The paper titled ‘Ageing pattern of Contemporary Concrete: the case study of the Jubilee Church by Richard Meier in Rome’ has received a mention from the conference jury, which included the editor of Casabella Professor Francesco Dal Co, award-winning Portuguese architect Eduardo Souto De Moura, and the Director of the Eduardo Torroja Foundation Pepa Cassinello. 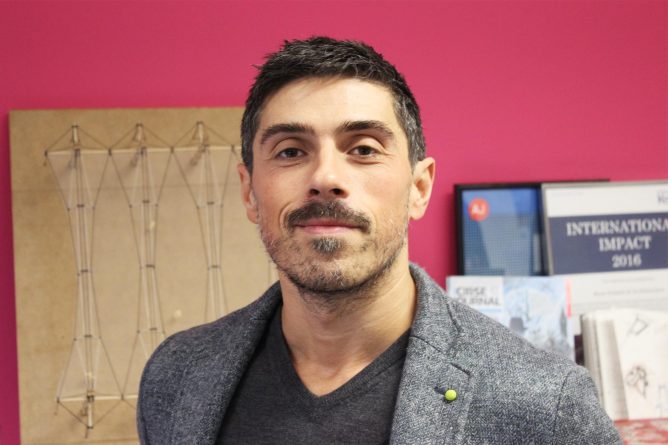 Dr. Luciano Cardellicchio has been awarded the Leverhulme Research Fellowship. This prestigious grant will allow Luciano to develop his research project, ‘Our Future Heritage: conservation issues of contemporary architecture in Rome’. 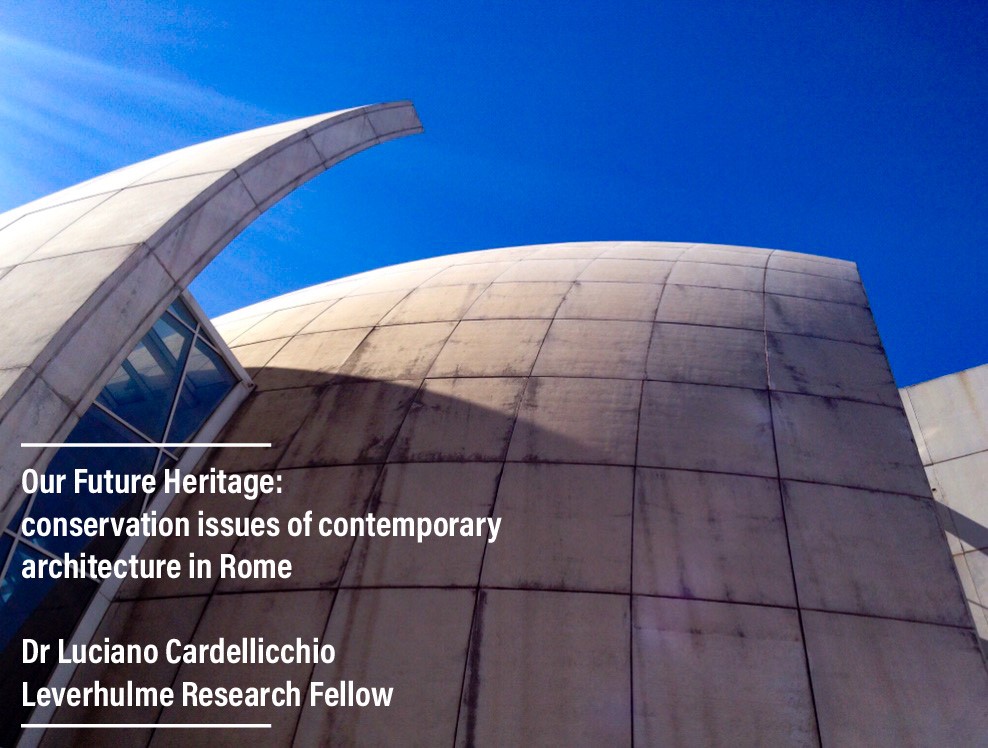 A substantial number of iconic buildings distinguished by complex geometries have been constructed in the last two decades in Europe. For their cultural and urban contribution, these contemporary icons are likely to be part of our future heritage. Due to the use of bespoke untested building systems, many of these buildings are experiencing failures and premature decay.

This research wants to measure the transience of contemporary architecture from a technical perspective, engaging with the following question: will our future heritage be sustainable to preserve? The ultimate aim is to turn the ageing pattern of these iconic buildings into a learning platform to create new technical knowledge. 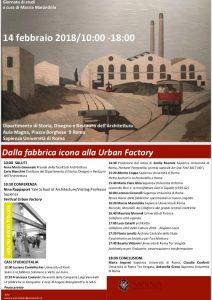 Dr Cardellicchio is invited to give a talk at the symposium ‘From Iconic Factory to Urban Factory’ organised by Prof. Marzia Marandola at La Sapienza University of Rome the 14th of February. After the keynote lecture of Prof. Nina Rappaport, from Yale School of Architecture, Dr Cardellicchio will present the results of his research on the construction of the Solimene’s Ceramic Factory by Paolo Soleri (1956).

The talk will focus on the role of the labour and importance of the local territory as key elements of the building process of this masterpiece of organic architecture designed by one of the apprentice of Frank Lloyd Wright. 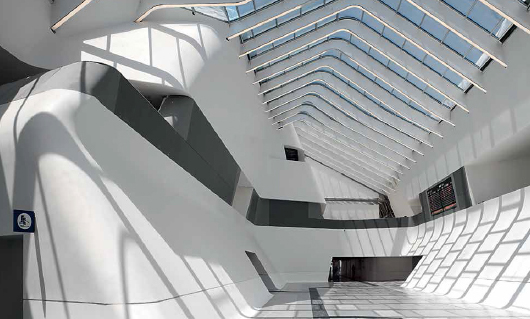 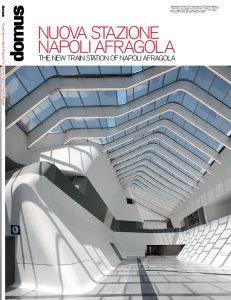 Domus, one of the most authoritative architectural magazine in the world, this month features a supplement book on the design and construction of the new high-speed railway station in Naples designed by Zaha Hadid Architects. In his chapter, Dr Cardellicchio discusses how the form of the building has been generated and investigates the role of Zaha’s early projects, such as the MAXXI in Rome, as pedagogical resource that helped the team in the technical and structural development of the railway station in Naples. 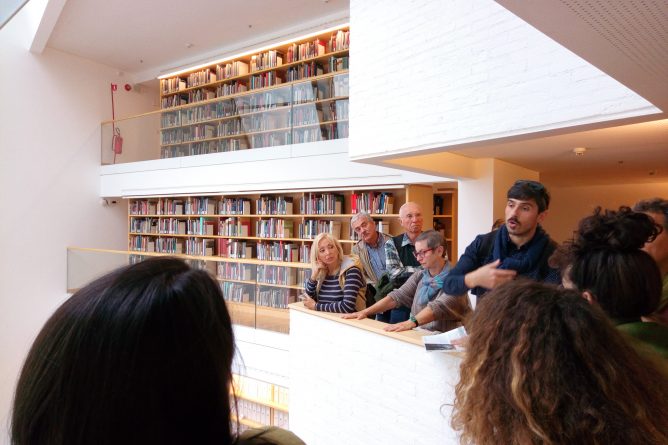 More than 300 people visited the Hertziana Library during the Open House Rome last weekend. Dr Luciano Cardellicchio guided the visitors inside the new contemporary masterpiece designed by Spanish architect Juan Navarro Baldeweg, in the historic centre of Rome explaining its bold construction process and the innovative structural solutions to preserve the beautiful Roman ruins underneath the building. 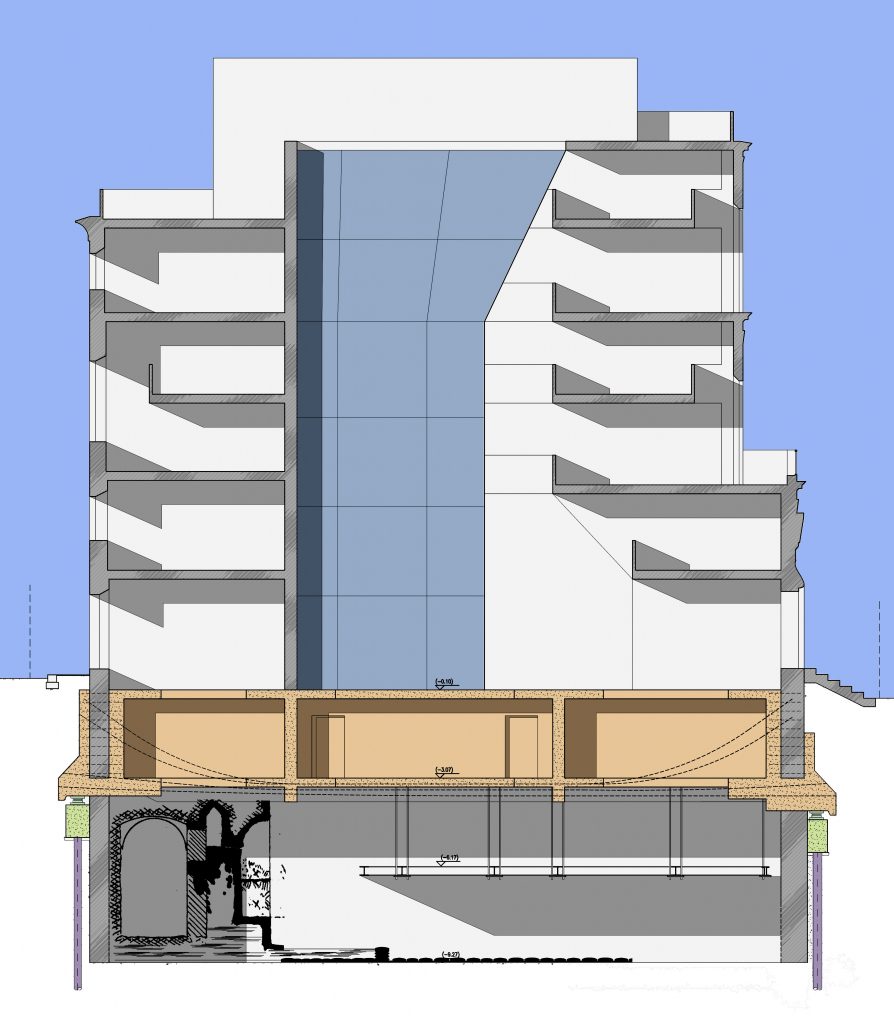 Dr Luciano Cardellicchio has been invited to participate at the International Symposium ‘Reversible Building Design’ held at the University of Twente in Maastricht from the 8th to the 10th of July.

The symposium will focus on the transformable buildings and the creation of the passports for tracing the construction materials. The event will be run by the research consortium named ‘Building As Material Bank’ (BAMB).

BAMB have been awarded with a Horizon 2020 fund in research and innovation. The research aims to improve the circularity of the construction industry introducing the reversibility of the buildings’ components as a key factor for the sustainable development of the built environment. More specifically the BAMB project aims to improve material value for recovery. 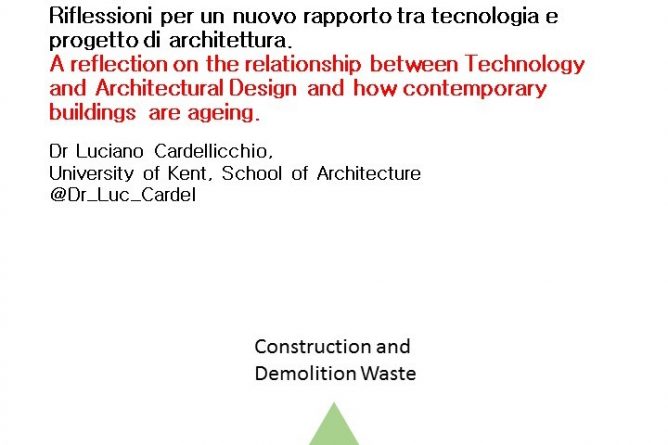 Luciano Cardellicchio has been invited to give a lecture entitled ‘Are We Building for the Future?’ at the University of Rome Tor Vergata. The event will take place at the School of Engineering the 9th of May.

The aim of the talk is to critically reflect on the relationship between ‘Circular Economy’ and ‘Future Heritage’ highlighting what are the principles that architectural designers need to be aware of to shape longer-life buildings. 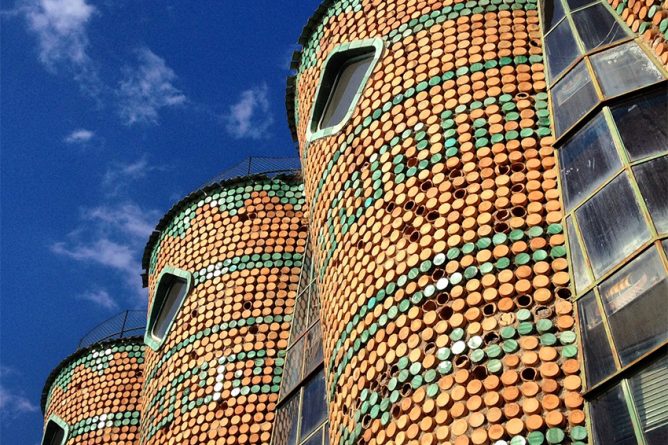 Dr Luciano Cardellicchio has been invited to discuss with Dr Rachel Cruise from University of Sheffield the theme ‘Holistic Design Practice’ during the Thinking Through Making Week, organised by the University of Newcastle.

Luciano will talk about architects and designers who put the available labour’s skills of the local construction companies as a pivotal point of their design approaches. Discussing the work of Paolo Soleri, Aldo Favini and Alejandro Aravena, Luciano will critically reflect on the importance of including the availability of the local construction skills at the beginning of the design process in order to stimulate sustainable economic impacts.

Within the other activities of ‘Thinking through making’ Luciano will also run a workshop entitled: ‘Dis-Connect to Re-Combine’. The workshop focus on a teaching methodology which helps the architectural students to fill the gap between developing conceptual design and delivering construction drawings. The aim of this activity is to teach students how to read construction details from contemporary precedents, carrying out a proper building’s autopsy. 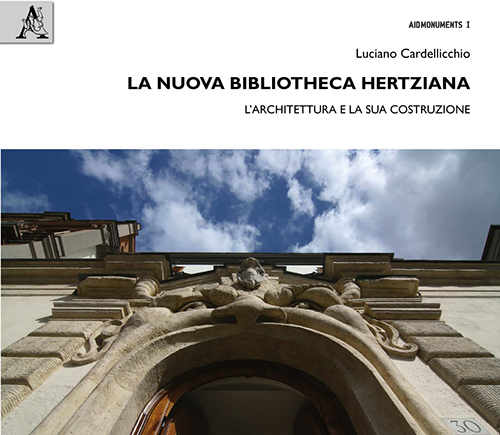 Since 2013, Juan Navarro Baldeweg’s new Bibliotheca Hertziana has been placed on the site of the garden of Federico Zuccari’s house in the urban centre of Rome. This book presents the design of this example of contemporary architecture and, in detail, its bold construction process.

Given the certainty that no contemporary structure would ever have seen the light in a place so full of  archaeological ruins, and whose sediments are scattered throughout every existing element, the architectural project has deferred to the cause of archaeology. This is the reason why the whole building sits on a transfer slab three metres high, with pre-stressed ribs, comprised the beams of a bridge system resting on just two strips of land outside the building. Under this sophisticated structural element  the archaeology lies undisturbed. The environmental constraints of the site, sandwiched between busy roads and monumental buildings; the unusual technical difficulties; the original and cutting-edge structural solutions; the creative contribution of the professionals and of the building workers involved all contribute to a fascinating story about how an architectural challenge has enriched Rome with a new masterpiece.

The book is published by Aracne for the series ‘AID Monuments’ directed by Claudia Conforti and Vittorio Gusella. 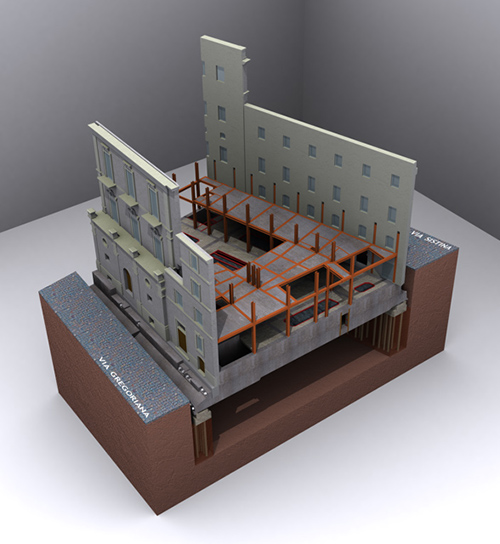