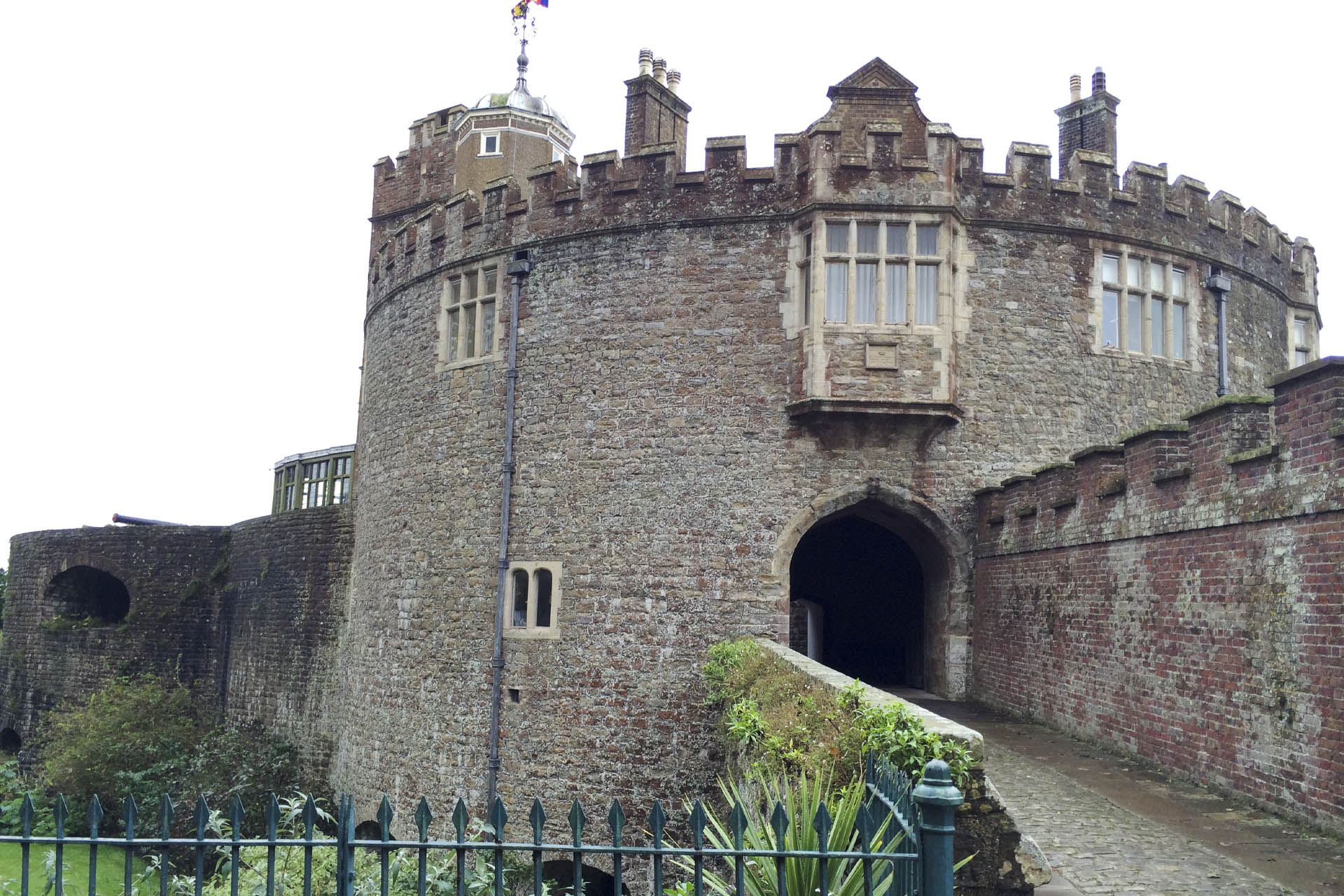 Architecture PhD candidate and Chartered Surveyor, Christopher Moore, recently presented at the Centre for Medieval and Early Modern Studies (MEMS) Festival – MEMS Fest. Christopher presented his paper, The Architectural History, Significance, and Conservation of the ‘Castles of the Downs’, which is also the proposed title for his PhD.

Christopher shares, “The ‘Castles of the Downs’ were three relatively small castles hastily built between 1539 to 1540 due to the threat of invasion following the Tudor King Henry VIII’s breakaway from Rome.  They were a part of a much larger and comprehensive ‘Crown Device’ to fortify the whole nation from the perceived threat.  These three castles of Walmer, Deal, and Sandown were all built together, at the same time, and with the same construction teams, connected by a series of defensive trenches known as ‘Bulwarks’, and most especially, they were all chosen to be constructed first out of the 24 sites.

Henry VIII was reported to have a keen interest in architecture and during his reign, he commissioned a great deal of court structures and this is where the most focus of scholarly research has been undertaken to date. It is, however, his impressive defensive building programme where far less has been researched. Much has been written about the grander Tudor built castles of Hampton Court Palace, Nonsuch, or Whitehall, but in comparison, much less has been published on these three castles; with practically nothing at all written about Sandown.  Yet their perceived priority, the pace of construction, and design were all significant for this period.

The three castles had their construction prioritised, making them vastly more significant than the others built within the same nation-wide building programme.  Yet within a few decades, they were largely ignored, and within three centuries, one would be destroyed entirely, and the other two would vary significantly in their importance and resulting conservation.”

The conference was held virtually for the first time in its 25th year of celebration with academics invited from around the world to take part. Organised mainly by postgraduate students and staff of the University of Kent, the conference ran for three days and saw scores of academics presenting papers on a variety of topics all linked to the medieval and early modern periods. The session, ‘Exploring Historical Kent’ was chaired by Dr Sheila Sweetinburgh from MEMS, and included Christopher’s paper along with papers on forgotten religious houses and ancient lost libraries.