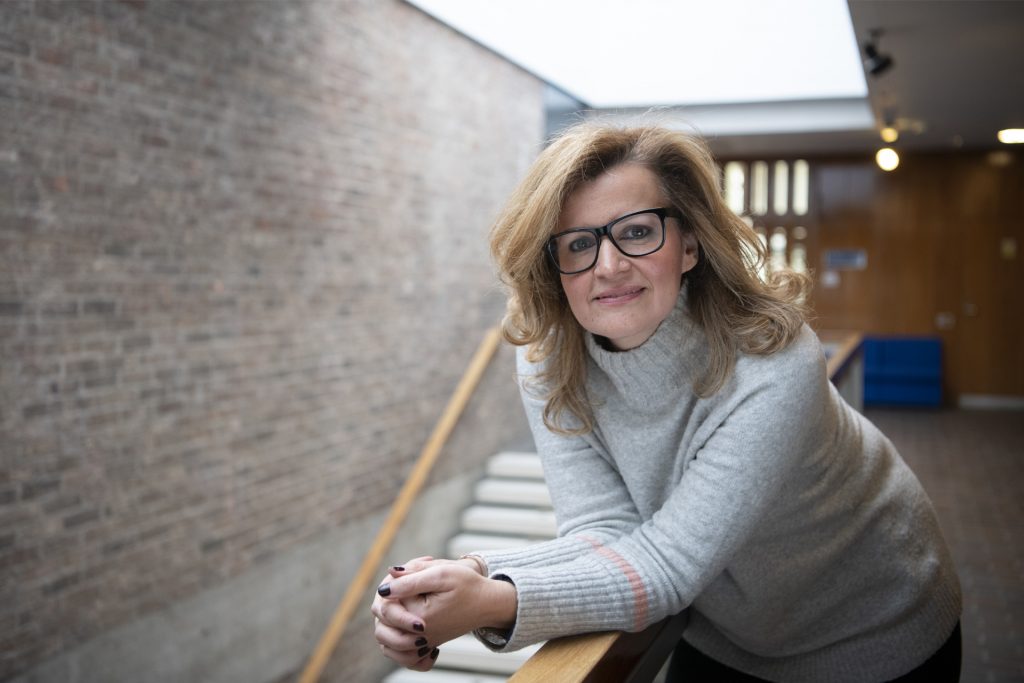 In celebration of Earth Day 2021, Deputy Head of School and Professor of Sustainable Architecture, Marialena Nikolopoulou shares her thoughts on the role the built environment sector plays in the fight against climate change, as well as highlighting the importance of improving architectural education as part of the strategy.

Professor Nikolopoulou shares, “There is a lot that the built environment sector can do in the UK to have a positive impact on the environment. Buildings and the construction sector account for about 40% of CO2 emissions globally, so there is a lot we can do at different stages from design, construction and operation of buildings to address the problem.”

Professor Nikolopoulou adds, “It is important not only look at designing buildings from scratch, but also looking at our existing buildings. What do we do with the building stock that already has a lot of embodied carbon? How do we effectively refurbish the existing building stock? Which, in cities, particularly in the UK, is a big resource for us which we need to take into account.”

Whilst discussing the impact of cities in the fight against climate change, Professor Nikolopoulou shares, “Cities as a whole, rather than buildings on their own, account for nearly 80% of CO2 emissions globally, so cities really need to be addressed as part of the ecosystem. Cities are an interconnected system of buildings, streets, infrastructure networks; the materials that we use – concrete, asphalt, pavements – they are all materials that absorb and retain heat, causing temperatures to rise, which is why we end up with urban heat islands. The thermal environment and temperature in cities are much higher than the surrounding countryside.” Re-introducing vegetation and water bodies can reduce the urban heat island, providing effective mitigation against climate change.

Professor Marialena Nikolopoulou also recently appeared on BBC News discussing the new ‘ultra white paint’ being trialled in California, which claims to reflect 98% of sunlight and reduce energy use. Professor Nikolopoulou shares her thoughts regarding the importance of considering design principles aimed at reducing the energy consumption and CO2 emissions, “How we look at design, and teach design, should take into account the principles of passive design strategy: passive heating, passive cooling, natural ventilation, daylight, reducing our reliance on energy intensive building services and external energy. We also need to look at the embodied carbon and the embodied energy of the materials we are using. Some of the materials require a lot of energy for their extraction and eventually construction, so these conversations, and subsequent actions, need to be taken.”

In 2019, the Royal Institute of British Architects (RIBA), after joining the global declaration of climate emergency, launched their 2030 Climate Challenge, highlighting priorities for architectural practices for both reducing operational energy demand, reducing embodied carbon as well as other sustainable measures.

Professor Nikolopoulou says, “There are legal binding targets in the UK for net zero emissions by 2050, and they can only be achieved by fully integrating and embedding all of the RIBA 2030 Climate Challenge targets into the architectural curriculum.

Architectural education has a huge role to play in the fight against climate change, and it has been significantly undervalued and behind in terms of urgency. For far too long, all these issues have remained at the periphery of architectural education, predominantly being treated as a technological subject, but the only way to have real change is to ensure sustainability and the environment are fully integrated into architectural education, not just as a technical add-on, but through design studio, and the wider curriculum, across all years.”