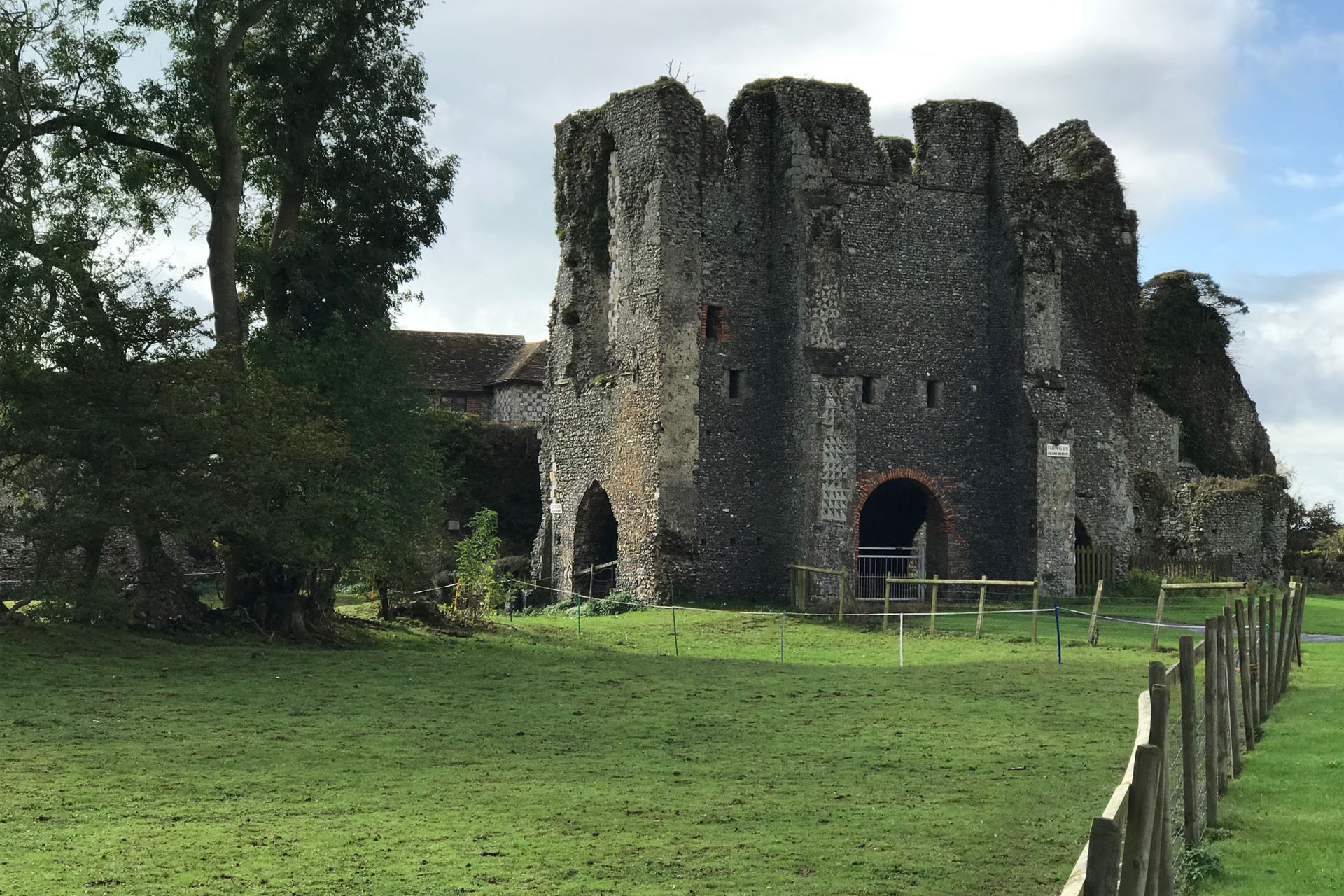 Architecture PhD student, Anske Bax, has been conducting research into reconstructing the ruinous site of St. Radegund’s Abbey in Dover, has been the subject of a recent cross departmental initiative, involving a major landscape survey (15 -17 March) with Archaeology Technician, Lloyd Bosworth, and students from the Department of Classical and Archaeological Studies at Kent. A geophysical survey that uses advanced ground penetrating equipment to provide mapping of spatial data and contrasts between the physical properties underground is one that may provide a clearer picture of the sites underground architectural and archaeological data.

Anske Bax explains: “My research into the Abbey’s architectural and archaeological fabric aims to shed light on the site’s significance, architectural development, and Early Modern re appropriation (1591). Little is known of the Monastic Order (Premonstratensian) in England and France due to the lacking primary evidence following the Dissolution of the Monasteries in 1536 and the French Revolution in 1789. St Radegund’s Abbey is a unique house of the order in England and although the site’s recorded history is obscure, we know it served as the mother Abbey in England and hosted two royal visits by Edward I in 1298 and 1302 with the signing of the Great Seal. To this day, no one knows the architectural backdrop to such important events, and how this small order of monks compared to their larger Cistercian and Benedictine houses of Fountains and Rievaulx. Understanding the principle abbey of St. Radegund’s is key in uncovering the orders’ architectural patronage and place in England.

A reconstruction was aided by my first supervisor and expert in architectural reconstruction Dr Nikolaos Karydis; a single site analysis that makes way for its Early Modern re-use as a domestic conversion by a new Elizabethan elite in 1591.  An architectural response was supplemented by Dr Manolo Guerci (my second supervisor), who specialises in Early Modern Domestic Architecture of the Tudor and Jacobean Ruling Elite.”

Anske’s research of the Abbey using architectural and archaeological evidence will be supplemented by the new geophysical data.  Anske required a special application (Grant) by Historic England (HE) in order to carry out such work on a Scheduled Ancient Monument. According to Anske, ‘HE were most supportive’, and added that the survey will not only, ‘enhance the scheduling record for future management as the site is at risk, but the project design encompasses wider questions relating to national themes and research Frameworks’.  HE are particularly interested in this aspect and look forward to seeing the results. ( Rebecca Lambert Historic England)

Anske added, “This initiative, with the help of Lloyd Bosworth as a cross-departmental collaboration, has not only enabled a greater research contribution of the site, but created opportunities for Kent students to gain invaluable on site experience. The survey will commence on the 15 March for three days. If any student would like to join or simply see the site they are most welcome and can get in touch with me on adb38@kent.ac.uk.”