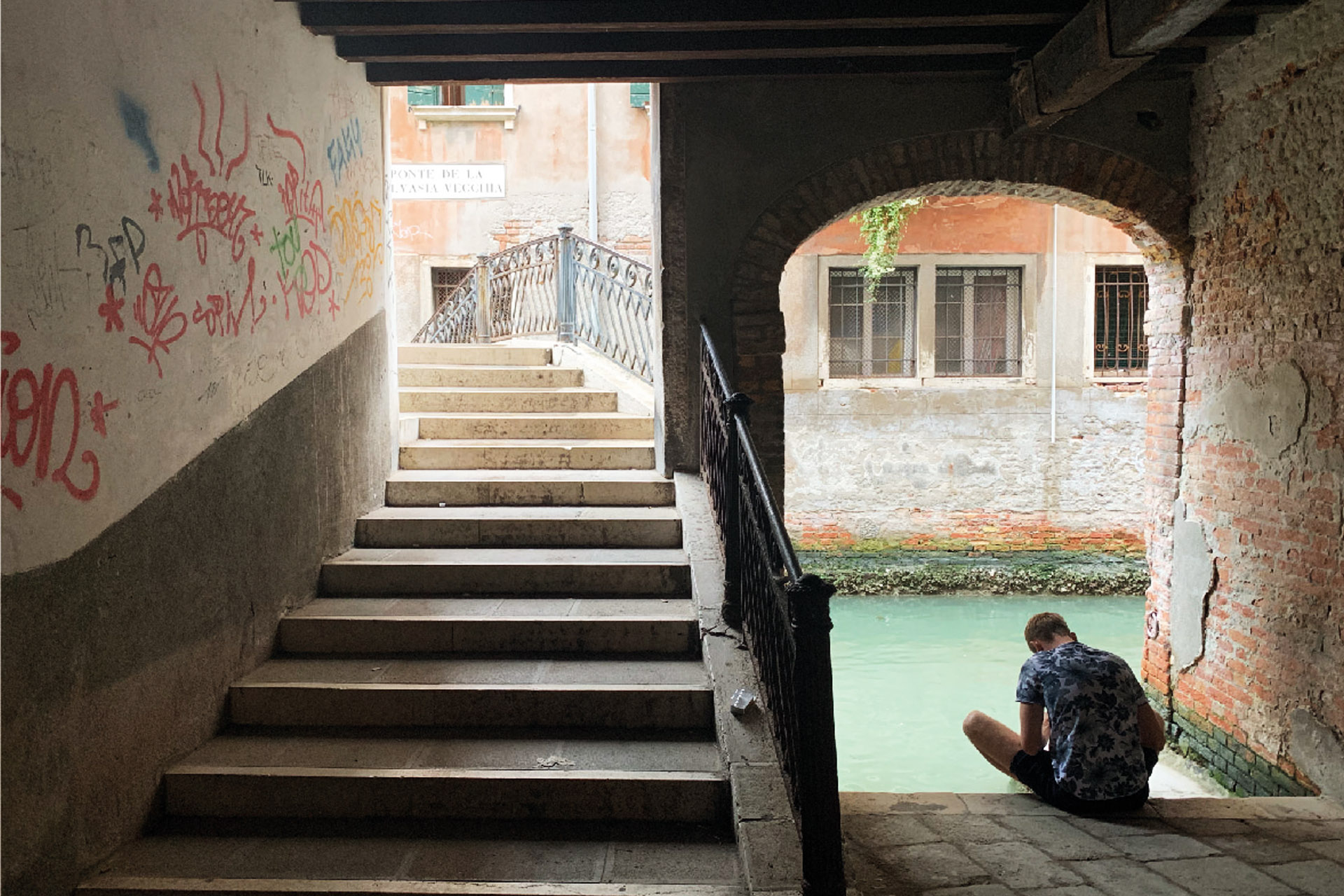 Join us for the first CREAte Open Lecture of 2021, with Professor Sophia Psarra and her talk titled, ‘Variations and Venetian Inspiration in the Le Corbusier’s Venice Hospital and the architecture of Carlo Scarpa’, on Tuesday 26 January at 18.00. Due to the pandemic, all open lectures are held on Microsoft Teams. Please use this link to join the open lecture.

Venice, with its many islands in the lagoon, is a city that has throughout history hosted many diverse innovations. From architecture, painting and printing to cartography, hydrology and politics, Venice has never ceased to inspire the creative imagination. Five hundred years since its zenith, and in spite of the serious environmental and societal threats it is facing, the lagoon city still contains lessons for other cities as an urban environment. Yet, most accounts of Venice divide between a view of the city as the architectural masterpiece collectively produced by the Venetian society on the one hand, and as a product of the ingenuity of individual designers on the other. This lecture will explore how the evolutionary and authorless construction of the city has informed architectural projects by two key architects of the 20th century: Le Corbusier and Carlo Scarpa. In doing so, it will seek to reconcile the common foundation of architecture and cities that arise over time through distributed collective processes and those that arise as imprints of design intention through the application of explicit ordering principles – the typical focus of theories of ‘design’.

Sophia Psarra is Professor of Architecture and Spatial Design at The Bartlett School of Architecture, UCL. Her research focuses on spatial morphology in relation to the histories of building and cities that have influenced their development, alongside the social patterns of human activity and cultural meaning.

Professor Psarra is the author of The Venice Variations (UCL Press, 2018) exploring cities and buildings as multi-authored processes of formation alongside authored projects of design intention. Her book Architecture and Narrative (Routledge, 2009) addresses the relationship between design conceptualization, narrative and human cognition. Her edited book The Production Sites of Architecture (Routledge, 2019) focuses on the interaction between the physical and conceptual realms in the production of knowledge in architectural practice and scholarship. She is the convenor of the Parliament Buildings Conference (in collaboration with the UCL European Institute), a multidisciplinary event exploring the exercise of political power and the parliamentary spaces within which it is mediated. She has received research funding by the NSF (USA), the Leverhulme Trust, UCL Grand Challenges, the University of Michigan and the Onassis Foundation. She has collaborated with leading cultural institutions in the UK and the USA on the relationship between architecture, exhibition design and visitors’ experience.

Professor Psarra’s architectural work has been exhibited internationally in the context of first prizes in EUROPAN architectural competitions and the Venice Biennale (1991). Sophia is the Director of History and Theory PhD programme at The Bartlett School of Architecture and has taught undergraduate/graduate studios and seminars at The Bartlett, University of Michigan (2005-2011), Cardiff University (1997-2004) and the University of Greenwich (1992-1997).