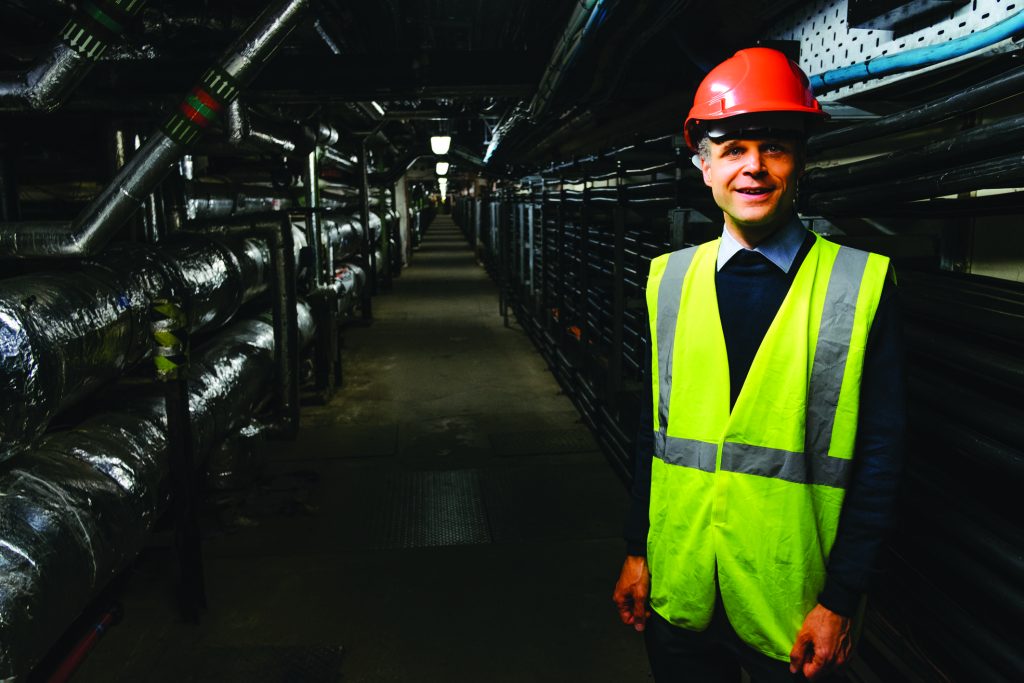 This year I had a sabbatical to write a new book and this lasted 6 months. The title of the book is Rebuilding the Houses of Parliament: David Boswell Reid and Disruptive Environmentalism. It is the culmination of research that I have conducted at the University of Kent and in Parliament over the last 9 years. For four of these nine years, I have been seconded to Parliament, where I was leading a large research project within the Palace of Westminster Restoration Renewal Programme. I started this writing sabbatical in February 2020 and it had been planned several years ago, but what I did not foresee was that it would coincide with a global pandemic and that I would spent most of this period under lockdown conditions. Thankfully I had completed the research, which requires physical access to the Palace of Westminster as well as libraries and archives across the UK. The research involved archeological investigations inside the buildings, as well as the study of historic documents from the nineteenth and twentieth century. This documents included letters, diaries, sketches drawings, photographs and parliamentary papers. In mid-March 2020, only days before the start of the first national lockdown, I went to the National Archives in Kew to complete the last pieces of archival research, looking at letters from the later 1830s. If I had not completed this research on time my experience of the lockdown would have been different. Indeed many authors undertake their research alongside writing.

Even at normal times writing a book is a solitary activity and involve a period of reduced social interaction with family, friends and colleagues. It can be a lonely affair, and some authors decide to go on solitary writing retreat away from home. During my previous sabbatical, which took place in 2015, I found it had much harder to focus on the solitary activity of writing, reading and thinking. I spent much time at the University Library in Cambridge. The romantic notion of a writer his or her study was not quite what it seems. Since my student years in Cambridge I have been fascinated by Antonello da Messina‘s painting of St Jerome in his study(1460), but it does not accurately describe my own lived experience of being an author.

What made a big difference this time was the fact that everyone I know was in a state of isolation, and throughout the lockdown period my wife, who is also an academic, and I were both working from home and supported each other. In some ways being faced with the task of writing a new book made the lockdown more palatable. Under normal circumstances, when engaged in work in Parliament and teaching at the University, which is inherently social, the lockdown would have been highly disruptive.

Halfway through this sabbatical, I had a moment of doubt that I would be able to complete the manuscript on time. I had only managed to complete about a third of the book at this point but the whistle for the second half had already been blown. It was neither a short nor a simple book to write. The manuscript is 110 000 words long and it is also based thousands of historic documents. At half time I was close to abandoning the book project, but after having had a helpful conversation with friends, family, the editor and academic colleagues over Zoom, I returned on my Mac and pressed on. Three months of prolific writing followed. Indeed by July 2020 I had fully completed and submitted the final manuscript to the publishers, and I also had completed a new journal article, which was formally published in June 2020.

In retrospect it was an exceptionally productive period, and it taught me a lot about managing the mental, physical and emotional impact. Important for emotional and mental well-being was a clear structure for the day, with clear virtual boundaries being set for periods when I am at work and or at home, as well as the discipline of regular physical exercise, which include a daily walk, and cardiovascular exercises at home. Joe Wicks was my daily companion. My work place was a foldable dining room table, and after office hours it was folded up to mark the end of work. A daily evening walk with my wife acted as surrogate of a tube journey, leaving a day’s work behind.

As such it could be argued that the sabbatical was more akin to monastic life after all. Whilst monks and nuns structure their day around the pattern of praying the daily Office, it was our daily routines that helped us to establish a healthy daily rhythm for the lockdown days.

The book, Rebuilding the Houses of Parliament: David Boswell Reid and Disruptive Environmentalism, published by Routledge, is due for release in December 2020.