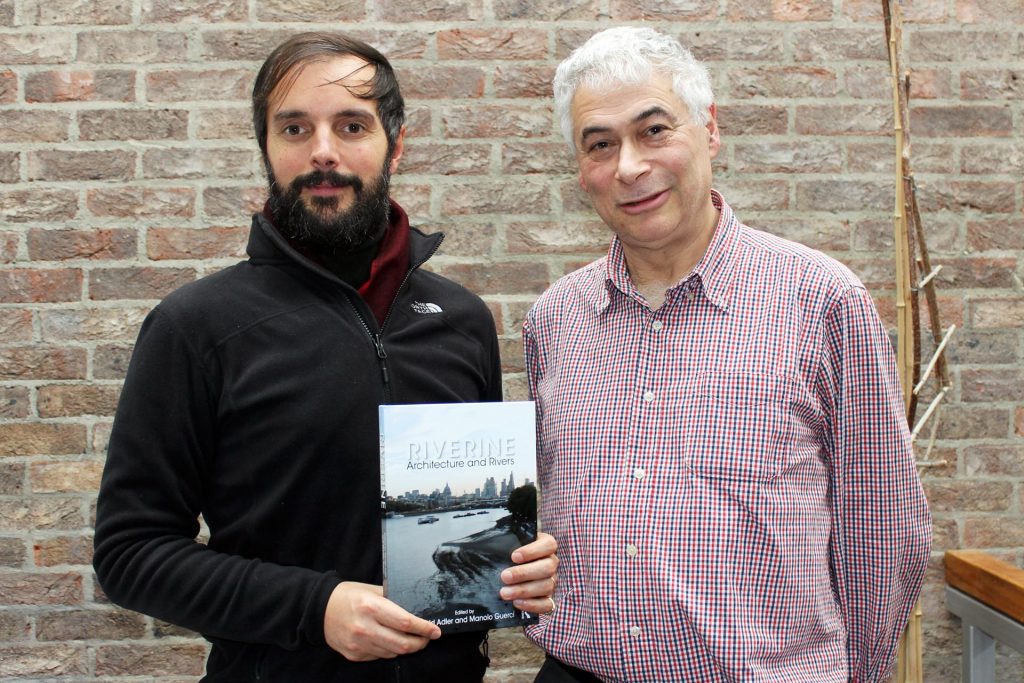 Gerald Adler and Manolo Guerci recently launched their newly published book Riverine. Architecture and Rivers (Routledge 2019) at the London office of the architects Penoyre and Prasad, who kindly hosted the event. The poet and contributor to the book Kate Miller read from her poem ‘Waterloo Sunrise’, while Manolo Guerci recited an extract in the original dialect of ‘Er Temporale’, a poem from the 19th century Roman poet Gioacchino Belli. Gerald Adler concluded the event by remarking the genesis and range of the book, which brings together essays and photographic excursi dealing with all aspects of riverine, from east to west, north to south.