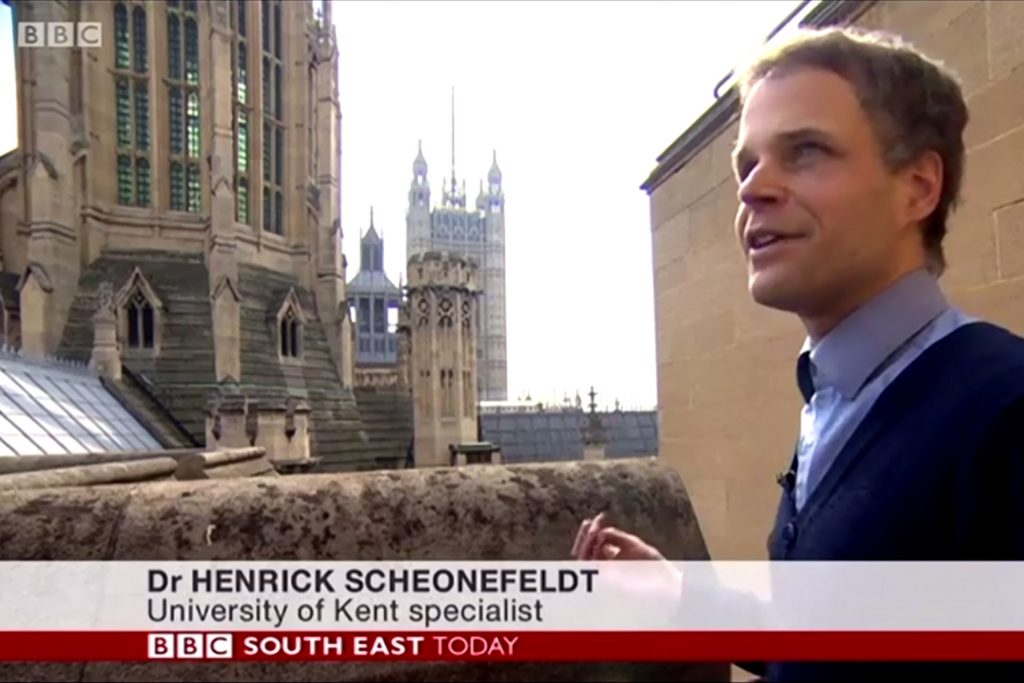 Dr Schoenefeldt’s current research project at the Houses of Parliament was featured on the BBC. It was subject of the special report ‘Political hot air’ on BBC South East Today, 18 April 2019, 6.30. Henrik took Robin Gibbons, BBC broadcast journalists, around the hidden voids of the Palace of Westminster and gave an interviews on his academic research. The project aims to provide a critical understanding of the design, history and performance of the 19th century ventilation system of the Houses of Parliament, and to explore the possibility of revitalising the currently disused system during the restoration of the Palace of Westminster. A brief summary of the project can be found on the parliamentary website here and it has also been the subject of a cover article in the CIBSE Journal.