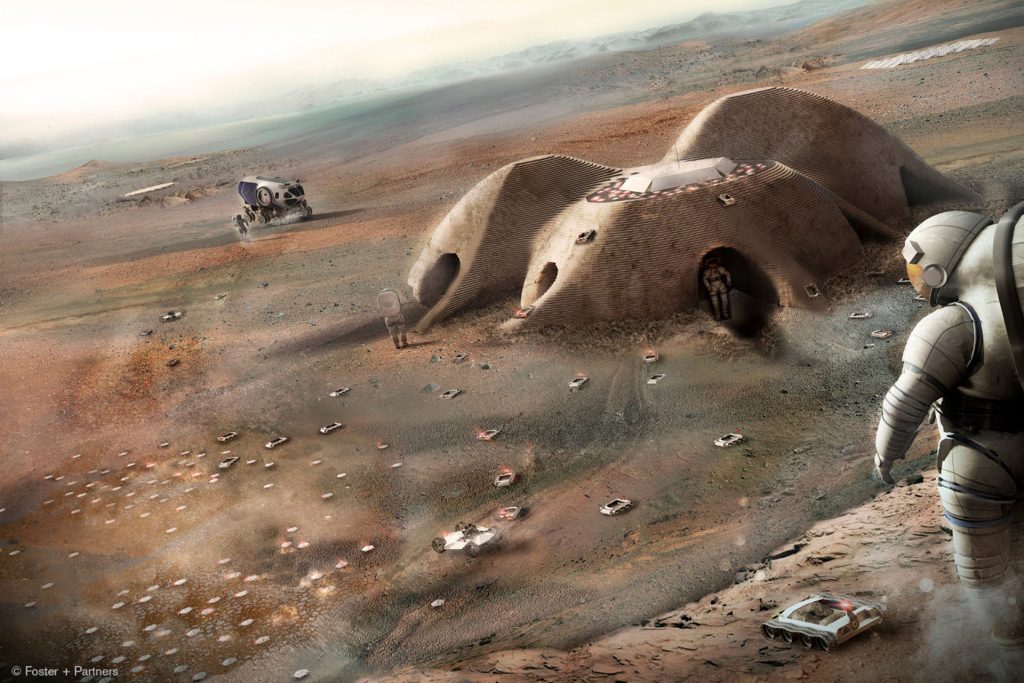 The next Digital Architecture Open Lecture will be given by Josef Musil, Associate and Computational Designer at Foster +  Partners, with his talk, ‘Autonomous Additive Manufacturing on Mars’ which is due to take place on Tuesday 30th October at 6PM in Marlowe Lecture Theatre 1.

Designing an outpost for a long-duration scientific expedition to an extreme environment such as Mars requires the basic qualities of functionality, comfort, and security. In this presentation we look at the key environmental conditions that govern the functionality of a Martian habitat and what it takes to design and build a comfortable home for a crew of four for 500 days with limited communication with Earth and most critically, how to ensure mission success, safety, and robustness through increased redundancy. These factors are collected here into a conceptual design proposal and multi-robot additive regolith construction system. This work is part of ongoing research at F+P specialist modelling group on robotics, large-scale additive construction, and architecture for extreme environments.

Josef Musil is an associate and a computational designer at Foster + Partners in London, where he is part of the research and parametric design oriented Specialist Modelling Group. In his work he focuses on applied research, application of new technologies, and algorithmic design to complex architectural and geometrical challenges.

Some of the projects he worked on include Safra neuron screen, where he built a generative model of a small section of brain also called cortical column with an automated workflow that reads 3D scans of neuroscientific scans as well as implements structural analysis and manufacturing constraints.

He also specialises on the application of small robotics within the office. This has been demonstrated by a working functional prototype of a small number of 3D printing swarm based robots for a NASA organized Mars habitat competition where Foster and Partners received second place. Other projects include a kinetic lighting sculpture activated by muscle wires and reacting to live brain wave signal reads.