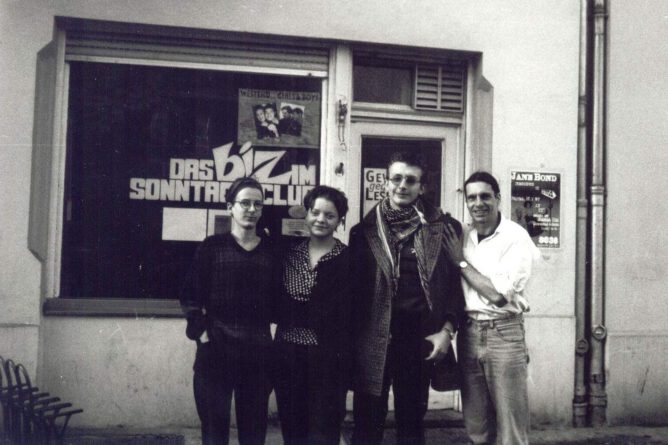 The upcoming CREAte Open Lecture will be given by Benno Gammerl, entitled, ‘Out and About: A Spatial History of Gay Liberation in Germany’ on Wednesday 24th January 2018 at 18.00 in Marlowe Lecture Theatre 1.

From hiding in the closet to openly and proudly displaying queerness – the history of homosexualities in the second half of the twentieth century has a spatial dimension that deserves further exploration. For a long time, same-sex desiring men encountered each other in barely lit locales or behind carefully drawn curtains. However, since the 1970s open shop windows and frank advertising increased gay visibility in German cityscapes. How does this shift connect with broader architectural developments, and how did occupying these new spaces change the lives of queer people?

Benno Gammerl is a lecturer for queer history at Goldsmiths College in London. Before coming to the UK he conducted research on the emotional lives of same-sex desiring men and women in both rural and urban settings in West Germany, while at the Max Planck Institute for Human Development in Berlin. Gammerl’s new project explores how transnational migrations shaped sexual cultures in the twentieth century. He recently published (with Jan S. Hutta and Monique Scheer) ‘Feeling differently: Approaches and their politics’, in Emotion, Space and Society (2017).