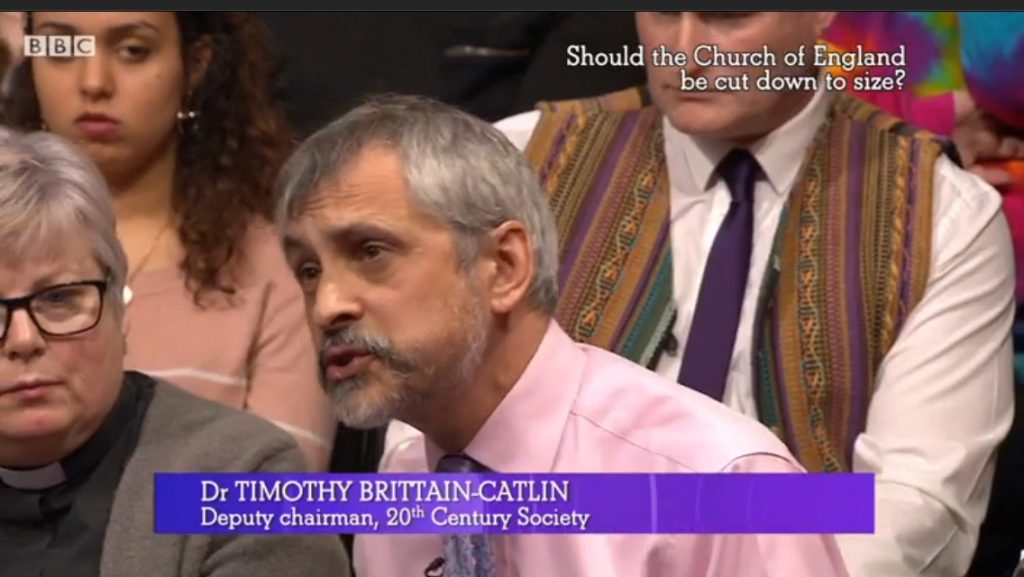 BBC television’s live discussion programme The Big Questions was broadcast live this Sunday from the Colyer-Fergusson building at the University of Kent. The third of the three debates in the programme centred on whether the Church of England should protect its historic buildings as congregations dwindle. This came in the wake of the recent announcement by the Archbishop of Canterbury that some buildings, such as Guildford Cathedral, were ‘not too big to fail’. In Guildford the diocese had recently been prevented by residents, councillors and planners from building an estate of new houses along the south flank of the well known cathedral, designed by Edqard Maufe in 1932. Timothy Brittain-Catlin spoke as the Deputy Chairman of the Twentieth Century Society, the national amenity organisation, and the author Sir Simon Jenkins, formerly Chairman of the National Trust for England and Wales and now a trustee of the Churches Conservation Trust, also participated. The programme is seen by around 1 million viewers.

The programme is available here on the BBC I-Player until 9 April and the discussion on church buildings starts at 42’20”.