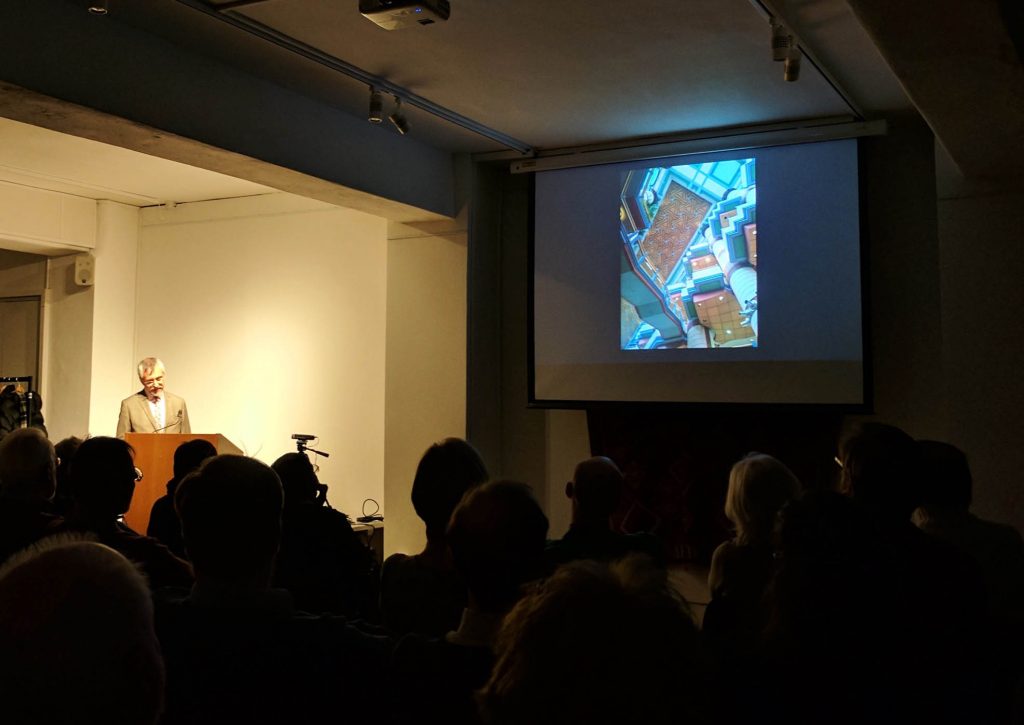 Timothy Brittain-Catlin spoke to a packed house on Thursday evening, 2nd March, on the subject of British Postmodernist architecture. This talk concluded a sell-out series on different styles in architecture organised by the Twentieth Century Society, the national amenity and building conservation group, of which Dr Brittain-Catlin is deputy chairman.

The lecture was the first comprehensive reassessment of the style, and especially of some of its well known buildings from the 1980s. Raising awareness of postmodernism has become especially important because of the threat of demolition or mutilation to so many significant buildings. The Twentieth Century Society recent played a central role in the listing of James Stirling’s No 1 Poultry, in the City of London, in order to save it from unsympathetic changes. Another recent victory for the Society has been the decision by the Chancellor of the Consistory Court of the Diocese of Southwark to protect Thomas Ford’s 1951 interior at St John’s church, Waterloo.

Sir Terry Farrell, one of the world’s leading postmodern architects and masterplanners, and Carl Laubin, whose fine paintings of buildings by Dixon Jones have come to define the era, attended the lecture, which was recorded and will be posted online in due course. Dr Brittain-Catlin will give the talk again on 27th June and tickets for this are already available at http://c20.datawareonline.co.uk/Default.aspx?tabid=62&EventId=516