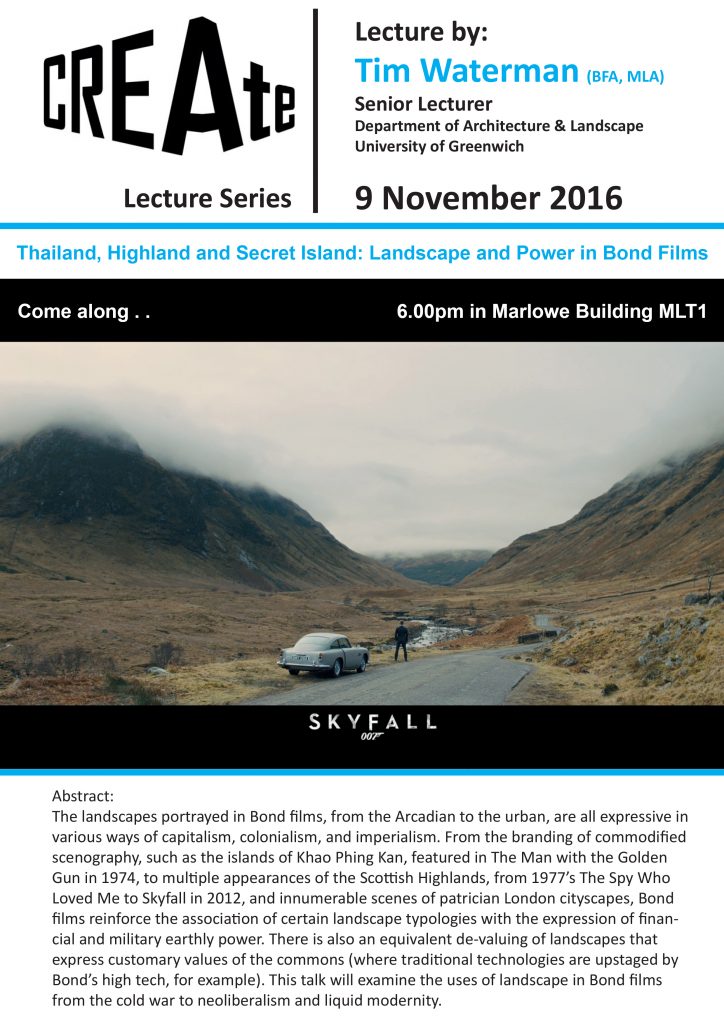 t’s first Open Lecture for 2016/17 given by Tim Waterman, Senior Lecturer at Department of Architecture and Landscape, University of Greenwich with his talk entitled ‘Thailand, Highland and Secret Island: Landscape and Power in Bond Films’ on Wednesday 9th November at 6PM in Marlowe Lecture Theatre 1.

The landscapes portrayed in Bond films, from the Arcadian to the urban, are all expressive in various ways of capitalism, colonialism, and imperialism. From the branding of commodified scenography, such as the islands of Khao Phing Kan, featured in The Man with the Golden Gun in 1974, to multiple appearances of the Scottish Highlands, from 1977’s The Spy Who Loved Me to Skyfall in 2012, and innumerable scenes of patrician London cityscapes, Bond films reinforce the association of certain landscape typologies with the expression of financial and military earthly power. There is also an equivalent de-valuing of landscapes that express customary values of the commons (where traditional technologies are upstaged by Bond’s high tech, for example). This talk will examine the uses of landscape in Bond films from the cold war to neoliberalism and liquid modernity.