On the Friday 19th of June 2015 at 5:30pm, the Kent School of Architecture hosted its 10th End of Year Exhibition. The show comprised work of all 5 years as well as additional work from foundation and postgraduate years. The Marlowe building on the University of Kent campus (marked using an enormous pink X to symbolise the number 10) was unsurprisingly bursting at the seams with high quality work and scores of people who had travelled to see it. 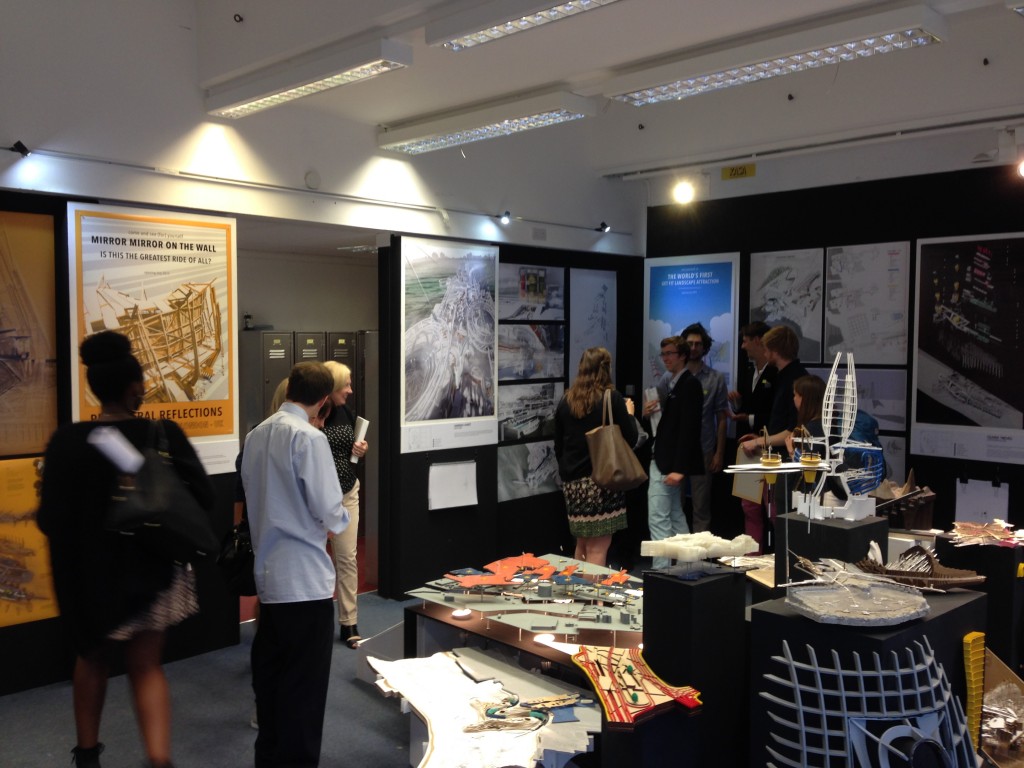 The exhibition was officially opened by special guest and Architects Journal Editor Rory  Olcayto who spoke shortly about the need for high quality schools of architecture and about the nature of architectural education itself.

The evening then progressed to the presentation of prizes including the Eliot Cloister design competition winners prize for Prinka Anandawardhani and Tracy Hulley, presented by Eliot College Master Stephen Burke. There were many other prizes awarded by the school and also sponsors including an award from Guy Holloway for Stage 2’s module Form and Structure. Guests who were in attendance commented on the richness and quality of the work on show, and their delight at how quickly the young school is progressing.

Also on show were the schools latest technological advancements including 3D printers, scanners and a drone in the foyer.

The Kent School of Architecture is in a constant state of progression, in both reputation and therefore quality of work, which means that future end of year exhibitions will continue to rise in quality. We look forward to seeing you all there next year!