An architectural PhD is an odd beast; we deal with design, space and physical phenomena and we have to write about it. Yet, in previous stages of our architectural education we draw and model our thoughts rather than construct them with words. This dichotomy is not just a part of the PhD though; it is inherent in all phases of the architectural education. Why write when you can draw? Why speak when you can pin up work and let it do the talking for you? My research examines this and asks ‘Can we use language as a part of the design process instead of pushing it aside?’

In order to discover whether language, specifically literary language, can be used as an aspect of design I have looked at The Gormenghast Trilogy by Mervyn Peake. He created a vast architectural environment for his characters to inhabit. It is not only his fictional creations that exist in this world, however. When you read you become a part of the text, you can explore his spaces because he shows you them. He pauses the events taking place and then describes the space containing them as if it were one of the characters. So these spaces become a reality, an imaginary reality, but still fully formed and ripe for exploration. So much of architecture is personal and created by our imagination: we guess what is behind the next corner, we remember places we have visited and we understand our environment by telling stories. We then describe these experiences with words; we talk and write about them so that we can share them with others. 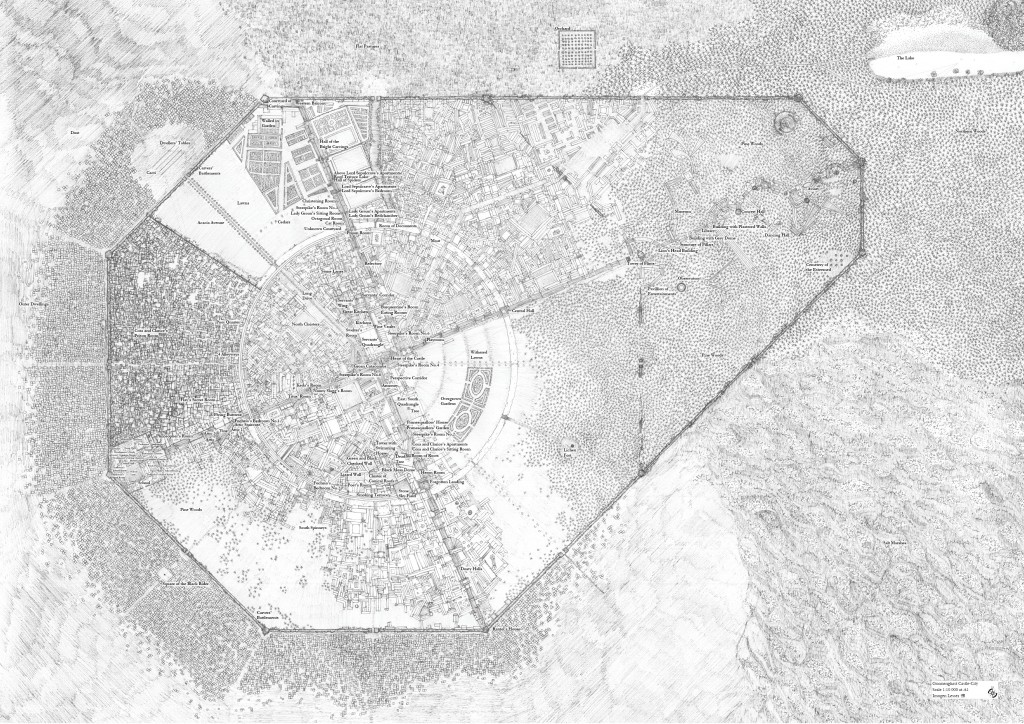 In my research I want to show that words can form space, so I have taken Mervyn Peake’s description and drawn his spaces architecturally. Using his text and my interpretation of it, I have examined his use of language and shown that space can be shaped from only words. This means that a large part of my PhD is formed of drawings and models (as well as a great deal of writing). From these I show that if language can create space then we can design using language. The visual results of this study are being exhibited in the Studio 3 Gallery from the 13th to the 24th of July so why not come and see these spaces for yourself?