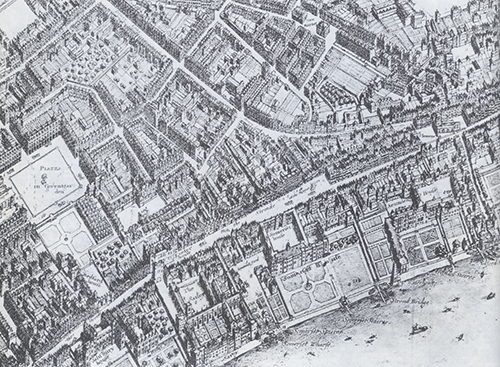 Dr Manolo Guerci was recently elected to a Paul Mellon Mid Career Fellowship to complete his book on Great Houses of the Strand: The Ruling Elite at Home in Tudor and Jacobean London to be published by Yale University Press.

The book develops from Dr Guerci’s PhD on the so-called ‘Strand palaces’, some eleven major houses built or extended between the 1550s and 1650s along the Strand, the ‘great channel of communication’ between the City in the East and Westminster in the West, respectively England’s economic and political centres. The history of these palaces covers a highly significant if much neglected chapter of London’s architecture. They are the perfect media to analyse the English court and its ties with the Continent during one of the most interesting political, social and artistic periods in British history.