Howard Griffin, MA Architecture and Visualisation Programme Director will be projecting at Dreamland Cinema this Sunday 22nd March from 7pm. Please come and show your support! 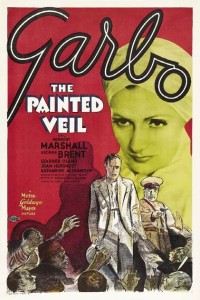 Dreamland cinema, having closed in 2007, is currently a monument to a glorious past. This installation aims to celebrate that glorious past by invigorating the façade, reminding the public of the purpose of the building.  The projection will begin at 7pm and run the full length of the film (85 minutes).

The Painted Veil (1934)Dreamland Cinema was built as a fitting tribute to the success of the Dreamland Amusement Park and opened on the 22nd March 1935.  To celebrate 80 years of the cinema at Dreamland, Howard Griffin, from the University of Kent, has produced a projection installation.  The Painted Veil, starring Greta Garbo, Herbert Marshall and George Brent was the first feature film to be shown at the new cinema.  To celebrate this occasion, the same film will be projected onto the cinema building, 80 years to the day, during the evening of the 22nd March 2015, together with information about the film, its cast and production company.