On Friday 30th January Stage 4 students visited London as part of their Cultural Context module led by Professor Gordana Fontana Giusti. The main aim of the trip was to look at the student Presidents Medals Award entries on show at RIBA, 66 Portland Place. 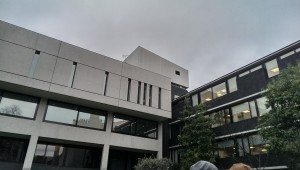 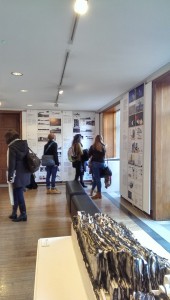 Despite the first half of the day being very structured, spontaneity was factored in and students found themselves wondering around the streets, stumbling across the occasional architectural gem, or not, in some cases!

To finish the day off, the group popped into Southwark Cathedral and then visited The George, adjacent to the site of The Tabard Inn. This is where Chaucer’s pilgrims started their journey, before leaving for Canterbury in the Canterbury Tales (this book forms the basis for MArch’s Unit 1 brief).

All in all, the trip provided students with an insight to the calibre of work expected at Masters Level and a range of historic buildings and their siting in London’s distinctly diverse urban context.