Charlotte has just undertaken a week of work experience at a local architecture practice in Hythe. The placement was offered to Charlotte after enrolling on the RIBA South-East mentoring scheme which is offered to Stage 3 Kent School of Architecture students. 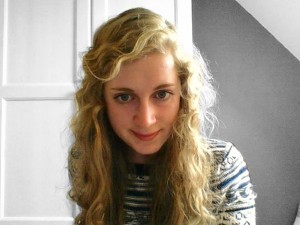 I began the week by working on the same school scheme that I had  been involved with on my previous visit to the practice to see the mentor I have been paired with on the student mentoring scheme. It was interesting to see how the  scheme had developed and I was quite pleased that the areas I had been part of  developing were working well within the overall scheme. Instead of developing  the school further, I was given the task of planning out a small area of the  site which was originally a school car park and playground space- the proposed  area is due to become a housing estate of 15 units. I drew up the sketch scheme  in CAD, a similar task to the one I did during my first visit.  This task took several hours as various  factors needed to be resolved.

Later in the week I moved onto a  different housing project and took part in amending plans and elevation  drawings, this project was due to meet a deadline on Friday so it was  imperative that I worked efficiently and made use of the time wisely so that I  was not hindering the development of the scheme by being slow. I feel that this  experience was very important and I was able to put into context the importance  of design flare accompanied by efficiency and ability to clearly and  effectively communicate to other team members. I had been fortunate to work with  a part 1 student in her year in industry during this design process which was  helpful and I gained many useful tips during this process. I also used my  knowledge of Photoshop and other display software to help layout sheets to be  viewed at a large scale as presentation devices.

Large meetings were held throughout the  week about the 2 projects I had been working with and further developments were  made to both schemes, it was interesting to see the number of people required  to be part of the process as I had not anticipated the importance of large  meetings such as the ones held in these situations and have gained further  understanding of the implication of time and money towards large scale  developments of residential and educational developments.

In addition to the design work, I  participated in mass tea/coffee making and A1 paper folding, both of which I  am incredibly talented at!

By the end of the week I was feeling part of the team and  was glad I had participated in a full week of mentoring rather than one  singular day as it gave me a fuller insight into the general process of  development. I am looking forward to a site visit on my third visit and am  hoping to the see the school developments later in the year.