In November 2013, Unit 3 MArch students were given the opportunity to travel to Istanbul, Turkey as part of their Design 4A project. The objective was to study this vibrant city as an ‘emergent urbanism’ and focus on the culture, activities and history that define the city today. The chosen site was located in Tophane; a location that has been subject to rapid social and urban changes, resulting in conflicting perceptions about the area. Whilst studying the site and the surrounding context, students were expected to think about the phrase ‘Made in Turkey’ and what products or processes add ‘value’ to how the city is portrayed. 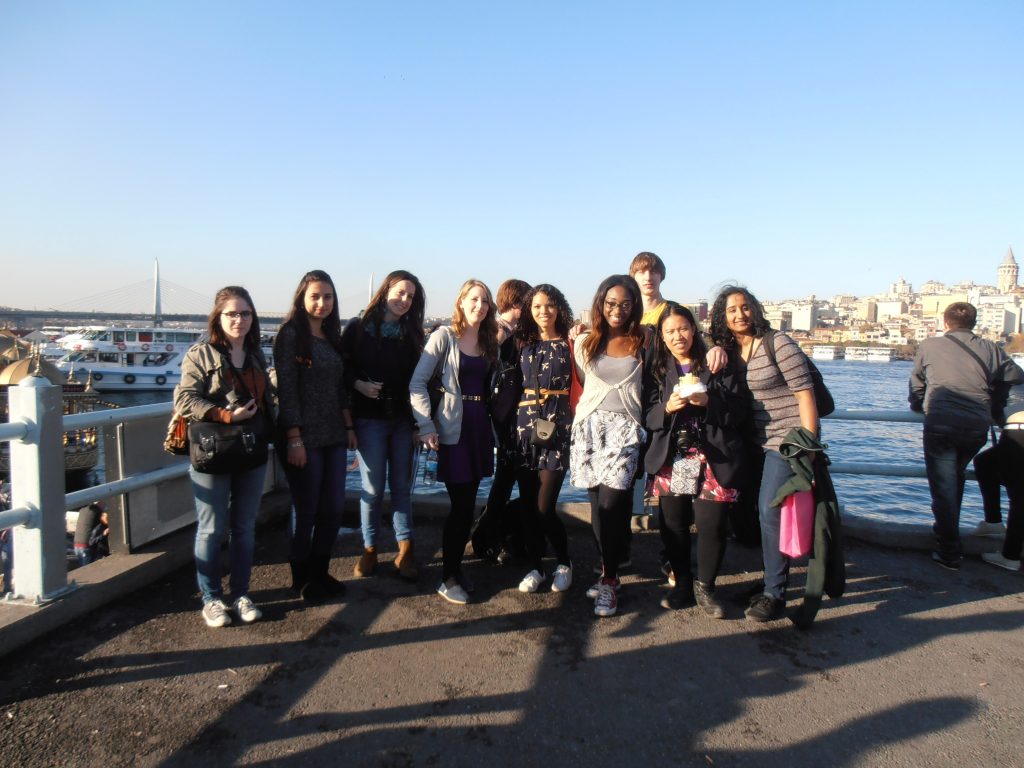 The first day was spent at Istanbul Technical University, where Kent students teamed up with Turkish MArch students and the two parties provided effective feedback on each other’s projects to date. The day-run workshop proved most useful in learning new urban tactics and getting a different perspective on designing an intervention in a city. With this newfound knowledge gained from the ITU students and tutors, the Kent Marchers proceeded to look into mapping Istanbul through the use of photography and all-important sketching. One of the biggest challenges was taking a boat trip along the Golden Horn River and having to quickly draw a set of coherent sketches along the way!

The trip wouldn’t have been complete without getting the opportunity to visit some of Istanbul’s gems, such as The Blue Mosque, Topkapi Palace Museum and Hagia Sophia. These stunning landmarks that span the centuries helped the students to observe in depth the architectural language that Istanbul had to offer. Not forgetting the Grand Bazaar and Spice Bazaar, where souvenirs, snacks, jewellery, clothes and much more were aplenty. Some of the students even held their own when bargaining a good price with the locals! One of the newer places to visit was the Istanbul Modern Museum, which gave a contemporary spin on exhibition space and the modern artistic artefacts which can easily be compared to that of Tate Modern in London. The nightlife was buzzing, particularly Istikal Caddesi High Street, where the students indulged in delicious Turkish food (and drink!) while admiring the city lights and views.

Istanbul is a developing city that is highly recommended to visit and the students certainly had a terrific time being introduced to it, as well as becoming familiar with the site that has been chosen for their upcoming design proposals. A final thought: the freshly squeezed pomegranate juice, which was sold practically everywhere, was absolutely refreshing in between the long, exploring walks!