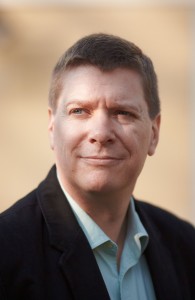 CASE is pleased to announce that the next open lecture of 2013/14 will be given by Doug King. His lecture entitled, Building on Evolution, will be given on Tuesday, 12th November 2013 at 6pm in the Marlowe Lecture Theatre 1.

Building Design magazine ranked Doug King as the 11th most influential person in UK sustainable construction in 2012. Doug has been a lifelong proponent of high performance, high efficiency buildings from long before ‘sustainability’ became a fashion statement. He has contributed to the design of numerous pioneering buildings, including: Sainsbury’s Greenwich Eco-Store and the Weald and Downland Gridshell, both shortlisted for the Stirling Prize. The Genzyme Centre in Cambridge Massachussetts was, until recently, the largest LEED Platinum building in the world. His design for the Innovate Green Office in Leeds broke the BREEAM Excellent ceiling by such a margin that BRE had to introduce its new ‘Outstanding’ rating to catch up. Doug is a Visiting Professor at the Universities of Bath and Chongqing and also teaches in Beirut and Russia.

‘Building on Evolution’
As a building physicist, everywhere Doug King looks in the built environment he finds evidence of underlying physical properties that have probably influenced the choices of generations of builders. From structure to roof tiles to paint, the properties of certain materials and methods appear to have brought tangible benefits to buildings, despite these rarely being overtly recognised. In ‘Building on Evolution’, Doug King discusses some of the hidden physics that has influenced buildings across history and which could potentially point us to new opportunities for creating high performance, low impact buildings, that have not yet even been imagined.