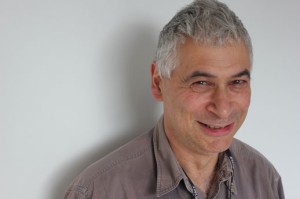 Deputy-head of School, Dr Gerald Adler, will be speaking at an afternoon event, ‘Dalcroze Eurhythmics and the Birth of the Modern Movement in Architecture’, organised by DOCOMOMO-UK.

Dr Adler’s talk, entitled ‘A Study in White: Eurhythmics in Dance and Architecture’.

Gerald Adler draws upon his PhD on the German Reform architect Heinrich Tessenow (1876-1950) to relate the story and significance of perhaps his greatest work, the Festival Theatre or Dalcroze Institute (1910-11) located in the garden city of Hellerau, just north of Dresden. The theatre was built as the centrepiece to the first purpose-built school of eurhythmy, run by the Swiss musician and music educator Emile Jaques-Dalcroze. Together with the scenographer Adolphe Appia and artist Alexander von Salzmann, Tessenow created a totally novel interior performance space, one suffused with light emanating from the wall and ceiling surfaces of the space itself, and one in which the division between ‘stage’ and ‘audience’ was abolished. Its lessons are still with us a century later.

Both Le Corbusier and Mies van der Rohe (before either assumed these names) had connections with the Jaques-Dalcroze Institute in the Garden City of Hellerau near Dresden immediately before the First World War, where they would have seen vigorous performances of eurhythmics put on by Emile Jaques-Dalcroze, radically simple sets designed by Adolphe Appia and dramatically lit by Alexander von Salzmann,  and the cutting-edge architecture of Heinrich Tessenow. The onset of war cut off the Institute’s activities prematurely but not before many seeds had been sown, including the foundation of the Dalcroze Society  in Britain, of which this year is the centenary. The involvement of Le Corbusier and his brother Albert Jeanneret with Dalcroze continued into the 1920s and beyond, with Appia’s work arguably having a continuing influence on Le Corbusier’s. (from http://docomomo-uk.co.uk/event/dalcroze-and-hellerau-2/)