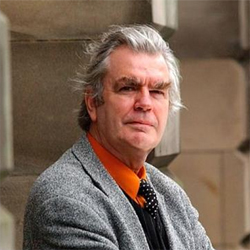 The next Open Lecture to be hosted by the Centre for Research in European Architecture (CREAte) will be presented by Sir Terry Farrell on the 4 March 2013, 6pm in Marlowe Lecture Theatre 1.

Sir Terry Farrell is Britain’s most distinguished, and distinctive, post-Modern architect. Formerly the partner of Nicholas Grimshaw, he founded Terry Farrell & Partners in 1980 and went on to design some of the most memorable buildings of the era, including the TV-AM building in Camden Lock, The MI6 Building in Vauxhall, and the prominent office building above Charing Cross Station. He has been a major masterplanner for many city centres, including Newcastle Birmingham and Edinburgh, and in 2008 he was appointed Design and Planning Leader for the Thames Gateway, the subject of his talk this evening.