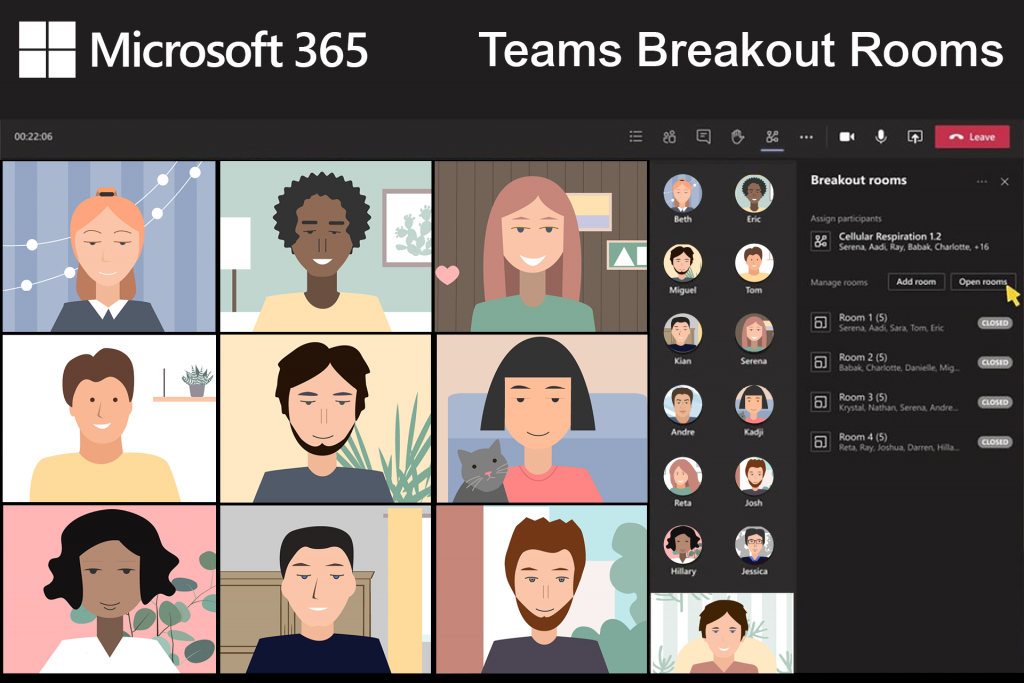 As a meeting organiser, you can use breakout rooms during meetings to add participants into working groups, and then bring them back together again.

We’ve highlighted some new options for breakout rooms below that we think you’ll find useful.

Get started with breakout rooms

You need to be using the Teams app on your PC or Mac to set up breakout rooms.

To open the breakout rooms

Click Start rooms. Participants then see a message saying they will be moved. Each breakout room acts as a separate meeting.

While rooms are open you can now reassign people to different rooms, or to the main room. This can be useful if you want to assign facilitators between different rooms.

You can now set a timer for breakout sessions. Use the Breakout rooms settings panel to choose the length of time you want the session to run for: click the ellipses to see the options.

If someone leaves a breakout room, for example because their internet is slow, they will be leaving the whole meeting. When they rejoin, they will now be put back into the correct breakout room. Breakout room allocation stays the same for any subsequent sessions.