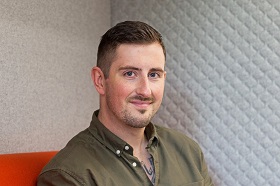 Prepping, the act of stockpiling supplies in preparation for catastrophic disaster, has seen a sharp rise in the United States over the last decade.  The phenomenon has generally been seen as an extreme right-wing political reaction to the election of President Barack Obama in 2008, however Dr Michael Mills challenges this assumption in his new research.

Dr Mills presents a more nuanced view of prepping and how more and more people are preparing for the worst case scenario, stating that ‘Fear is now deeply entrenched in modern American culture and is the principal reason that so many citizens are engaging in ‘prepping’.

Read about the research in the University’s News Centre. His paper, Obamageddon: Fear, the Far Right, and the Rise of “Doomsday” Prepping in Obama’s America, has been published in the Journal of American Studies.