In preparation for the June symposium Aesthetics Today*, we will be discussing Prof. Murray Smith’s new manuscript Film, Art, and the Third Culture: A Naturalized Aesthetics of Film (OUP, 2017). The discussion is open to anyone interested in the intersection between science and art.  Philosophers, psychologists, aestheticians, film and media scholars, art historians and theorists are particularly welcome.  Open to all Staff and Postgraduate Students.

Please read the Introduction and Chapter One: Aesthetics Naturalized.

Access the ebook for free at Oxford Scholarship Online by signing in with your University login.

In the mid-1950s C.P. Snow began his campaign against the ‘two cultures’ – the debilitating divide, as he saw it, between traditional ‘literary intellectual’ culture, and the culture of the sciences, urging in its place a ‘third culture’ which would draw upon and integrate the resources of disciplines spanning the natural and social sciences, the arts and the humanities. Murray Smith argues that, with the ever-increasing influence of evolutionary theory and neuroscience, and the pervasive presence of digital technologies, Snow’s challenge is more relevant than ever.

Working out how the ‘scientific’ and everyday images of the world ‘hang’ together is no simple matter. In Film, Art, and the Third Culture, Smith explores this question in relation to the art, technology, and science of film in particular, and to the world of the arts and aesthetic activity more generally. In the first part of his book, Smith explores the general strategies and principles necessary to build a ‘third cultural’ or naturalized approach to film and art – one that roots itself in an appreciation of scientific knowledge and method. Smith then goes on to focus on the role of emotion in film and the other arts, as an extended experiment in the ‘third cultural’ integration of ideas on emotion spanning the arts, humanities and sciences. While acknowledging that not all of the questions we ask are scientific in nature, Smith contends that we cannot disregard the insights wrought by taking a naturalized approach to the aesthetics of film and the other arts. Murray Smith is Professor of Film Studies at the University of Kent, Canterbury, UK, co-director of the Aesthetics Research Centre at Kent, and President of the Society for Cognitive Studies of the Moving Image. He has published widely on film, art and aesthetics. His publications include Engaging Characters: Fiction, Emotion, and the Cinema (Oxford University Press); Trainspotting (BFI); Film Theory and Philosophy (co-edited with Richard Allen) (Oxford University Press); Contemporary Hollywood Cinema (co-edited with Steve Neale) (Routledge); and Thinking through Cinema (co-edited with Tom Wartenberg) (Blackwell).

*Aesthetics Today will be a one-day symposium aiming to generate discussion concerning the most general principles and questions preoccupying philosophical aesthetics today. The event will mark the 10th anniversary of the Aesthetics Research Centre (ARC) at the University of Kent. Aesthetics Today will take advantage of the publication this spring of two books by members of ARC: Hans Maes’ Conversations on Art and Aesthetics, and Murray Smith’s Film, Art, and the Third Culture: A Naturalized Aesthetics of Film (both published by Oxford). Both books are characterized by their broad scope. Maes’ volume is comprised of extended interviews with ten eminent aestheticians (Carroll, Currie, Danto, Freeland, Guyer, Korsmeyer, Levinson, Robinson, Scruton, Walton), in which Maes probes them on their own arguments as well as their views on aesthetics and the philosophy of art as a discipline, engaging them in discussion of a wide range of specific debates in contemporary aesthetics. Smith’s monograph seeks to defend a naturalistic approach to aesthetics, principally through the exploration of film as a medium of art, but with a sustained comparative dimension incorporating discussion of literature, music, painting, and photography. In elaborating and defending a version of naturalized aesthetics, Smith inevitably addresses fundamental questions concerning the assumptions, methods, and boundaries of aesthetics. Both works connect fundamental principles with concrete cases in a wide range of artforms, and together will form a platform for discussion of the general state of aesthetics today

We will be reading the introduction and Chapter 6 “What Difference Does it Make?” (on culture and biology) from Prof. Smith’s forthcoming book Film, Art, and the Third Culture: A Naturalized Aesthetics of Film. Note: This event will kick off the winter term’s Film Reading Group

*Followed by coffee in the Gulbenkian, University of Kent

[To sign up, put your name on this Doodle Poll]

All PhD and MA students as well as early career researchers are warmly invited to this special research event.  Julian Hanich is Assistant Professor of Film Studies at the University of Groningen.  His expertise includes research in the areas:

Following his ARC and CFMR Research Seminar scheduled for Wednesday 20 January, entitled, “I, You and We: Ideas for a Phenomenology of the Collective Cinema Experience”, Dr. Hanich has agreed to meet with PG and early career researchers for an informal gathering about his research and career the next day.

Thursday, 21 January 2016 from 10am-12pm, Dr. Hanich will give a 45-minute presentation entitled, “Reflecting Reflections: Notes on Complex Mirror Shots in Films,“ followed by an open discussion.  Participants are asked to have read his related paper entitled, “Complex Staging: The Hidden Dimensions of Roy Andersson’s Aesthetics“ (Movie: A Journal of Film Criticism, 2014), which can be downloaded here.

The final half-hour will be reserved to discuss Dr. Hanich’s experience as an early career researcher.  This is a fantastic opportunity for PhDs and MAs interested in postgraduate and postdoctoral research.  Abstract and full bio are available below.

A film scholar doing research on the term ‘mirror’ encounters four dominant domains in film studies. First, and most pervasively, there are countless studies employing the Lacanian concept of the mirror-stage, central to psychoanalytic film theory of the 1970s and 80s. Next, we find numerous publications using the word ‘mirror’ metaphorically: a film or group of films ‘mirrors’ or ‘reflects’ a culture, society, or historical period. Third, some studies interpret the mirror as a narrative motif and speculate about its meaning and signification. Finally, and more recently, cognitivist film scholars employ the concept of ‘mirror neurons’ to explain empathic processes.

However, little attention has been paid to what mirrors imply for the pictorial composition, the organization of filmic space and the spectator’s viewing activity in a given scene. This is what I will be interested in my presentation.

I will show that provided a mirror and its source of reflection assume a prominent role in the scene, they can change the way spectators look onto, look into and look beyond the filmic image, but also look at it in puzzled or questioning ways. More concretely this implies that (1) complex mirror shots may modify how spectators look onto the picture as a flat composition by way of a quasi-transformation of the screen shape. (2) They can function as a ‘magnetizing’ frame-within-the-frame that channels the viewer’s look into the ‘depth’ of the image. (3) By referring us to off-screen space and thus making us look beyond the image, they also allow for an intricately layered experience of perception and imagination, complicating our cognitive effort to ‘read’ the image. (4) Mirrors may, finally, be a source of spatial complication and can even lead to a full-blown disorientation regarding the status of the image, thus transforming the way viewers understand, problematize and look at the filmic image as such.

Julian Hanich is Assistant Professor of Film Studies at the University of Groningen. From 2009 to 2012 he held a position as postdoctoral research fellow at the interdisciplinary research center “Languages of Emotion” at the Freie Universität Berlin. He studied North American Studies and Film Studies in Berlin, Berkeley and Munich and was a visiting researcher at UCLA and the University of Amsterdam. In 2010 he published a monograph on the phenomenology of fear at the movies, entitled Cinematic Emotion in Horror Films and Thrillers. The Aesthetic Paradox of Pleasurable Fear (Routledge). He also co-edited a volume of the German online journal Nach dem Film on Laughter in the Movie Theater and a book on filmic suggestion and the viewer’s imagination entitled Auslassen, Andeuten, Auffüllen. Der Film und die Imagination des Zuschauers (Fink). His articles have appeared in Screen, Projections, Necsus, Cinema Journal (forthcoming), Film-Philosophy, Movie, Jump Cut, The New Review of Film and Television Studies, Psychology of Aesthetics, Creativity and the Arts, Montage/AV, Zeitschrift für Ästhetik und allgemeine Kunstwissenschaft and Amerikastudien/American Studies. What: Read and discuss a portion from Jean Mitry’s The Film Image

Jean Mitry is an often overlooked figure in the history of film theory. He was deeply imbedded in French film culture. He is credited as being a co-founder—along with Georges Franju and Henri Langlois—of the Cercle du cinéma film club, which would lead to the establishment of La Cinématheque française in 1938. Later, Mitry would become a major player in the institutionalization of film studies in France (and the world) and one of the first to teach university courses on film history and theory.

Esthétique et psychologie du cinéma (1963) was published at a transitional time for film studies. More than just the introduction of film studies to university curriculums, the 1960s involved a paradigm shift in film theory towards semiotics—which in France was most notably influenced by Ferdinand de Saussure’s theories of semiology. Mitry’s book might be seen as a link between the classical film theorists Tsuch as Balazs and Arnheim and the film semioticians that would appear in the wake of Christian Metz’s writings. In this excerpt one can see aspects of Mitry’s attempt at a systematic theory of film aesthetics, with a focus on the psychology of the film experience and how one might understand film as a medium of symbolic expression (Jake Whritner 2015).

What: “Empathy, Expansionism, and the Extended Mind,” by Murray Smith* from Empathy: Philosophical and Psychological Perspectives (Edited by Amy Coplan and Peter Goldie, OUP, 2011: 99- 117)

*Prof. Murray Smith will be joining us. 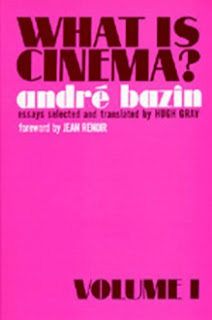 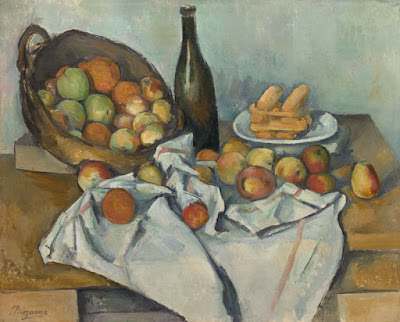 We will be discussing Kendall Walton’s “Categories of Art.”

We will also be finalising the calendar for the first term, which intends to be every other week on Mondays from 4:30-6:30  Meeting room is Jarman 7. 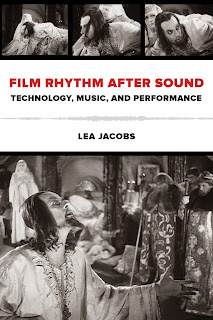 Although this is a bi-weekly meeting and we aim to keep it that way, we have agreed that our next meeting will take place on Wednesday 27 May 2015 1:30-3:30pm (instead of the following week) to better accommodate the Film PGR WIP calendar and because we had to push back the previous meeting by one week.

Everyone is invited to attend Wednesday 27 May 2015 1:30-3:30pm and we will be discussing a chapter from Lea Jacob’s book Film Rhythm After Sound: Technology, Music, and Performance entitled, “Dialogue Timing and Performance in Hawks” (2015, University of California Press). 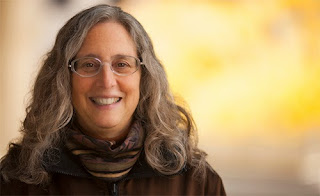 Recommended movies for this chapter are The Dawn Patrol (IMDb), Scarface (IMDb), and Twentieth Century (IMDb) although it is not necessary to have seen these films prior to the meeting; we will be looking at some clips.

Here are some trailers and clips: 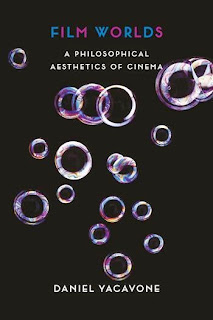 We have agreed to read a portion of Daniel Yacavone’s Film Worlds: A Philosophical Aesthetics of Cinema (2015).  If you intend to join, please let me know.  We will be discussing the second chapter: The Framework of Worlds: Symbolization, Meaning, and Art.  Please also read the introduction to the book.

We have also agreed to discuss a film alongside this reading: The Draughtsman Contract (dir. Peter Greenaway, 1982).  So, if you have time, please watch/rewatch it.

Dan Yacavone’s page at the University of Edinburgh 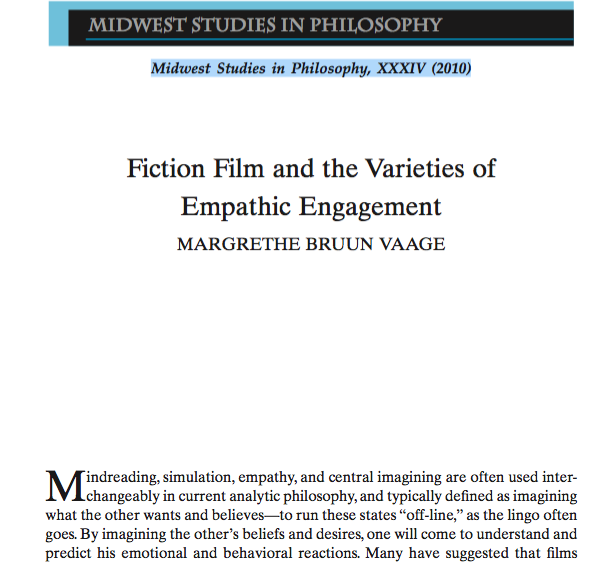 For our third meeting, we have agreed to read some pieces by Dr. Margrethe Bruun Vaage, who joined the University of Kent as a Lecturer in Film Studies in 2013.

All of these pieces should be available for student and faculty access in the Templeman Library’s online facilities.

Next meeting is tentatively scheduled for Wednesday 29 April 2015 from 2-4pm in Jarman Studio 6.  All are welcome.