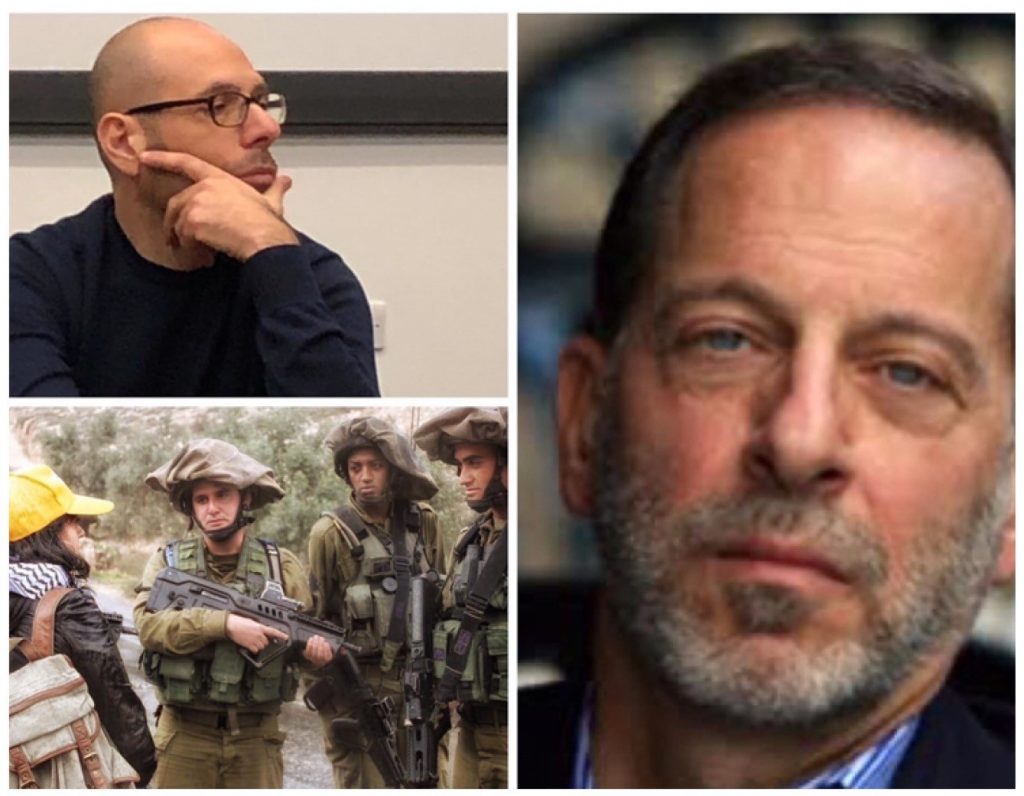 On February 13th, we welcomed Professor Rashid Khalidi (Columbia University) to Kent in a dialogue on The Hundred Years’ War on Palestine: A History of Settler Colonial Conquest and Resistance. Balancing historical narrative and memoir, Khalidi traces the decades of wars waged against the Palestinian people—and alongside it, he traces the history of his own family. Professor Khalidi was joined in conversation by Dr Bashir Abu-Manneh and Haifa Mahabir.

In his latest work, Rashid Khalidi intends to reframe the way in which people understand the conflict in Palestine. He challenges the perception of the conflict as one between two peoples who have national rights—and who are therefore in a tragic conflict of right vs. right. Khalidi instead contends that this is a false framing of the conflict in Palestine; one that posits a certain equivalence, imagining that this is a fair fight. Instead, he argues that the situation in Palestine is not one where two parties have engaged in a conflict solely in and of themselves, but that this is a colonial war waged by a settler-colonial project—massively assisted from the outside. Professor Khalidi positions the conflict as both a settler-colonial project and a national movement, in which the indigenous Palestinian population has been systematically displaced by a Jewish settler population. In line with this thought, Khalidi asserts that the Zionist project in Palestine could not have sustained itself without such massive support from the British (beginning with the Balfour Declaration of 1917), through to the present day’s power and strategic support by the United States.

Professor Khalidi graciously engaged with Bashir, Haifa, and with our students on such questions as: Why did Britain issue the Balfour Declaration; and what were its main consequences? When does the United States come into the picture—and what is the justification for the American support that continues to this day? Historically, Palestinian mass civil disobedience and resistance—both violent and nonviolent—has been crushed by the Israelis: Why does Israel deny Palestinian rights? Are Israel’s actions in Gaza since 2008 self-defence? And within the landscape of a settler-colonial project, is Palestinian provocation sufficient justification for the often gruesome, asymmetrical warfare waged by the Israelis?

A film of the event is available to view on Youtube.

Rashid Khalidi, a Palestinian-American historian, is the Edward Said Professor of Modern Arab Studies at Columbia University in the City of New York. His latest book is: The Hundred Years’ War on Palestine: A History of Settler Colonial Conquest and Resistance. He received his Bachelor of Arts degree from Yale University in 1970 and was later awarded the degree of Doctor of Philosophy from the University of Oxford in 1974. He is the editor of the Journal of Palestine Studies, and was President of the Middle East Studies Association. Professor Khalidi also served as an advisor to the Palestinian delegation to the Madrid and Washington Arab-Israeli peace negotiations from October 1991 until June 1993.

He is the author of such books as: Brokers of Deceit: How the U.S. has Undermined Peace in the Middle East; Sowing Crisis: American Dominance and the Cold War in the Middle East; and The Iron Cage: The Story of the Palestinian Struggle for Statehood; amongst others.

Dr Bashir Abu-Manneh is Reader of Postcolonial Literature at the University of Kent. He received the degree of Bachelor of Arts from the University of Haifa and was later awarded the degree of Doctor of Philosophy from the University of Oxford. He is the author of The Palestinian Novel: From 1948 to the Present; editor and contributing author to After Said: Postcolonial Literary Studies in the Twenty-First Century; and author of Fiction of the New Statesman, 1913-1939. Bashir’s new research will examine the last twenty years of Israel’s wars against the Palestinians, against the framework of literature that it has birthed.

Haifa Mahabir is a PhD candidate in the Centre for Colonial and Postcolonial Studies, supervised by Bashir Abu-Manneh. Her doctoral dissertation traces the juridical, political, and cultural origins of Israel’s state of emergency to the ‘Palestine Defence (Emergency) Regulations’ first codified by the authorities of the British Mandate for Palestine between 1917-1948.