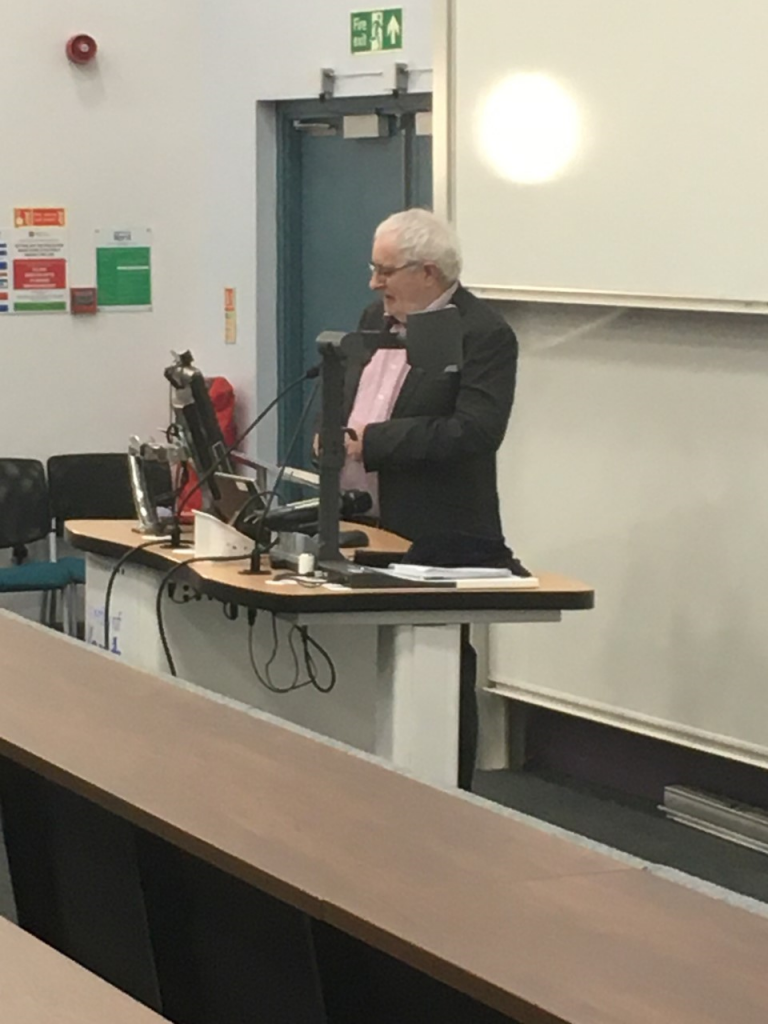 Last night the School had the pleasure of welcoming Professor Terry Eagleton to give the second of our Public Keynote lectures. Eagleton brought his erudition and good humour to bear upon the question of the relationship between the Marxist concept of revolution and the Christian doctrine of sacrifice. Starting with the problem of Romanticism and its ethic of self-realisation, he declared that perpetual moral conflict is the price the West pays for such liberalism. Turning to the concept of love, he outlined the difficult particularities of the Biblical term agape, the selfless love for others (the one that hurts), and the revolutionary potential of loving your enemies. He described sacrifice as an affirmative principle in that it involves giving up something valuable – it is only a sacrifice if there is the sense of the loss of something positive. Martyrs give up their existence for the benefit of the community, in the fear of death rather than the expectation of salvation, embracing the spectacle of sacrifice and the symbolic value of their actions. The modern form of sacrifice is political revolution. For Marx, socialism is premised on the ethic of “the free development of each is the condition for the free development of all”, as well as on the notion that the proletariat is the agent dispossessed by capitalism that is capable of realising social transformation all-round.

In this wide-ranging consideration of the presentation of these concepts in literature, Eagleton brought in works and authors as diverse as Oedipus Rex, Othello and Clarisa, Becket, Freud and Golding.

Audience questions covered the comparative theology of martyrdom, the significance of the biblical term Apocalypse to the current climate change debates, and how to avoid the danger of devaluing individual existence, before convening downstairs to carry on the conversation over drinks.

The next public keynote lecture will be on February 3rd when Étienne Balibar will discuss the theme of Migration.