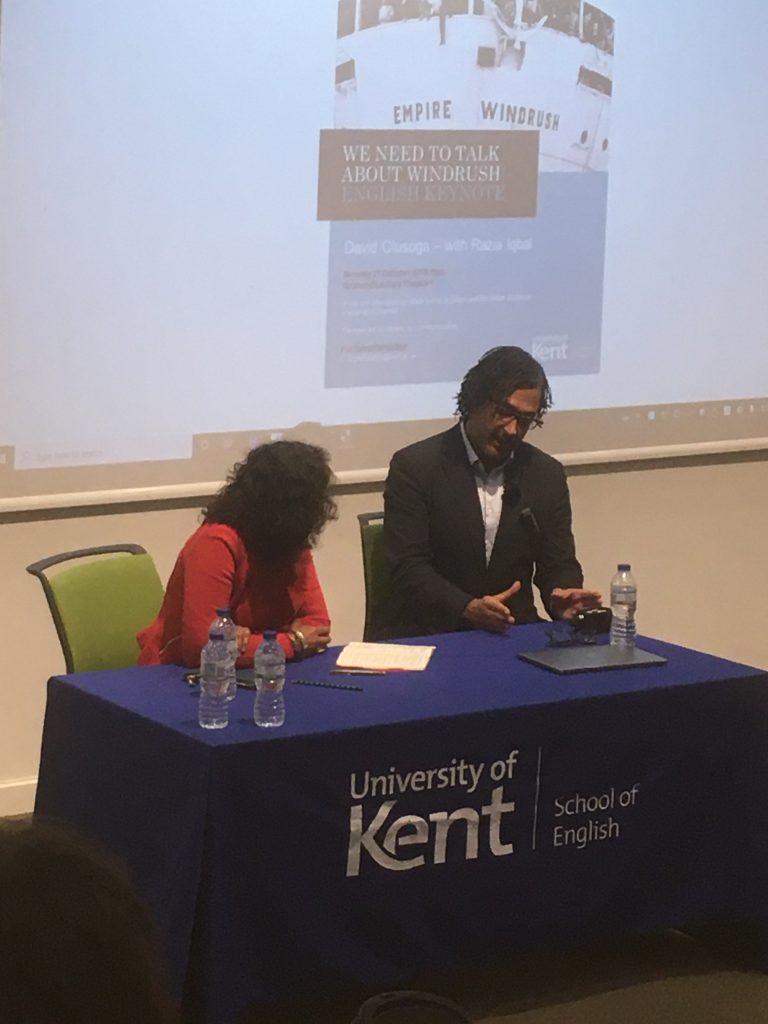 In an insightful and sobering discussion of the Windrush Scandal, which broke in 2018 with the enforced deportation of British citizens to the Caribbean, Olusoga examined how the Hostile Environment came to fruition so quickly after the joyful inclusivity of the London Olympics Opening ceremony in 2012. He forensically laid bare the racism at the heart of the policy environment in post-war Britain, exploding the myth that any anti-immigrant sentiment resided solely in the working classes of the UK. Both the Labour and the Conservative Parties were shown to be supporters of empirical policy, with a drive to maintain close links with the Anglo-Saxon elements of the old regime, namely Canada, Australia and New Zealand, whilst keeping the African, Caribbean and Indian countries very much at a distance, disregarding the equality of their rights as British citizens. There were clear and disturbing parallels between the language used by those keen to keep the Windrush away from the UK in the 1940s and the anti-immigrant narratives of the current Government. The Windrush Scandal was shown to be the result of a cumulative impact of negative policy built up over the past sixty years by successive UK Governments.

There was a wide-ranging discussion after his lecture, which concluded with a call for greater honesty in our teaching of history, and of a wider and more truthful perspective on the UK’s role in historic injustices around the world.