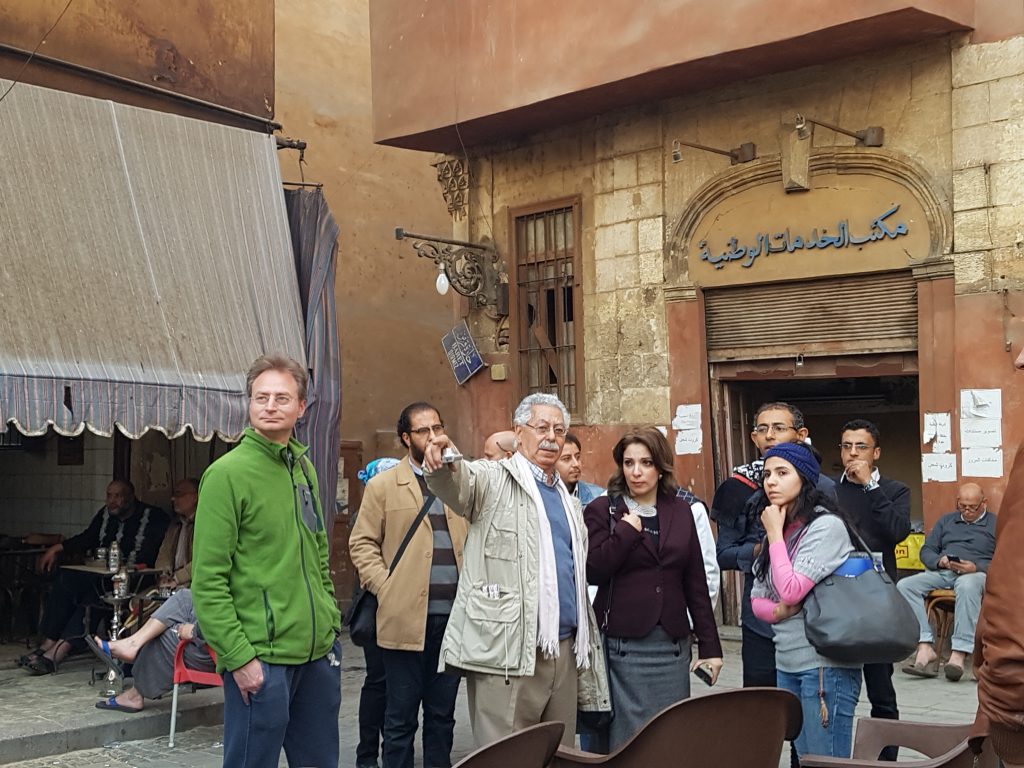 An ‘Egypt’s Living Past’ workshop on ‘Literature, Heritage and Society’ was mounted at Beit es-Sinaari (the restored house that was once Napoleon’s headquarters in Cairo) on February 24. The workshop covered the role of literature in the transmission of heritage with particular reference to the significant contributions of Naguib Mahfouz, Gamal Al Ghitani, Khairy Shalabi and Baha Taher. Folk traditions and Sufi heritage were also a focus of the presentations. Speakers included: Fekri Hassan and Caroline Rooney, Mohamed Shoair, Hussein Hamouda, Mahoud El Wardani, Mohammed Badawi, Ammar Ali Hassan, Salah El Rawi. The concluding panel featured novelists Salwa Bakr and Dohi Assey with former Minister of Culture Emad Abu Ghazi. The workshop was reported on in Al-Qahira newspaper and in the well-regarded literary journal Akhbar Al Adab. The event was followed the next day by the launch of a Naguib Mahfouz walking tour through the alleyways of historic Cairo off El Moez Street. A map of this walking tour was also launched.