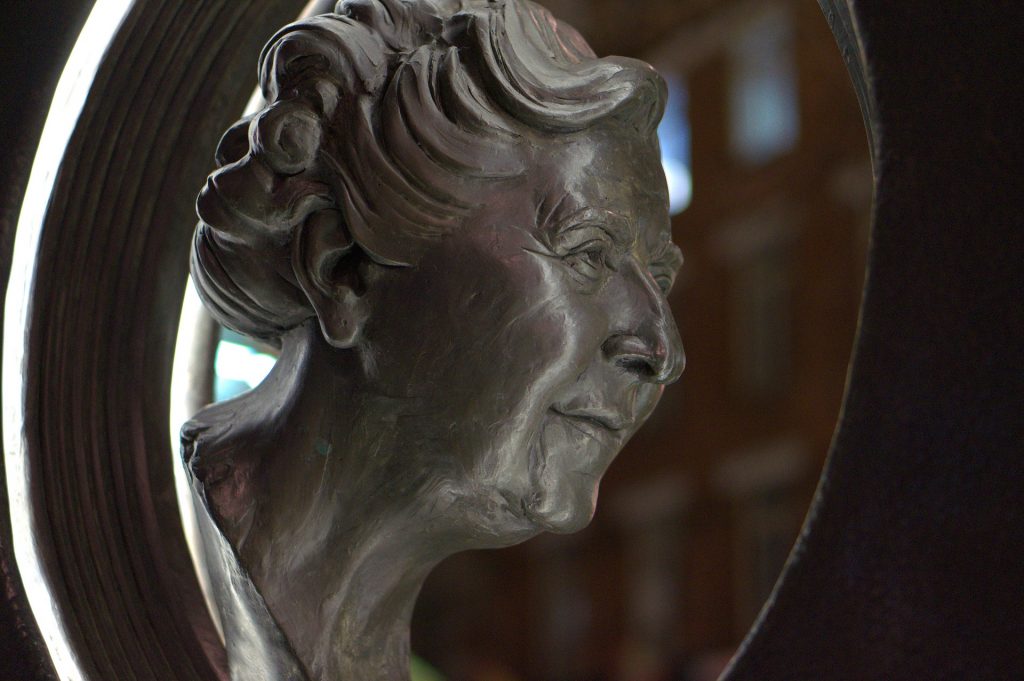 To mark the 100th anniversary of Agatha Christie releasing her first novel, Professor Jennie Batchelor, Professor of Eighteenth-Century Studies in the School of English, was interviewed by Dominic King for BBC Radio Kent this week.

In the interview, Jennie discusses the appeal of Agatha Christie’s novels: ‘the plotting, the ingenuity, the hours of trying to outwit the detective and other characters in the novel and the humour. There are some quite grim things that happen in [Christie’s] novels, but they’re also really rather funny and I appreciate that combination very much’.

Agatha Christie’s first novel, The Mysterious Affair at Styles (1920), introduced the world to her new detective Hercule Poirot. Jennie says: ‘people were excited by this new voice, and the character of Hercule Poirot, who is a very different kind of character to come on to the scene; he’s very pernickety, he’s very vain, but he’s also very compassionate, he’s very eccentric, but he’s also curiously loveable, in a way’.

Jennie also speaks about the numerous adaptations and reinventions of Christie’s novels, which has helped to bring her work to new audiences over the years, and gives some insight into her enduring popularity: ‘there’s something about the characters, something more we want to know about them as readers. There’s a lot of work we have to do in our own heads to try and make sense of all these people, and why they do the things that they do. And I think that’s one of the things that we’re so fascinated with now, it’s one of the things we keep coming back to and why we keep wanting to revisit her stories and re-read them, adapt them again, think about them again. I think we’re going to be reading Agatha Christie for a very long time still’.

The interview, which starts at 39’45” can be listened to on BBC Sounds, here:
https://www.bbc.co.uk/sounds/play/p08tdwcb