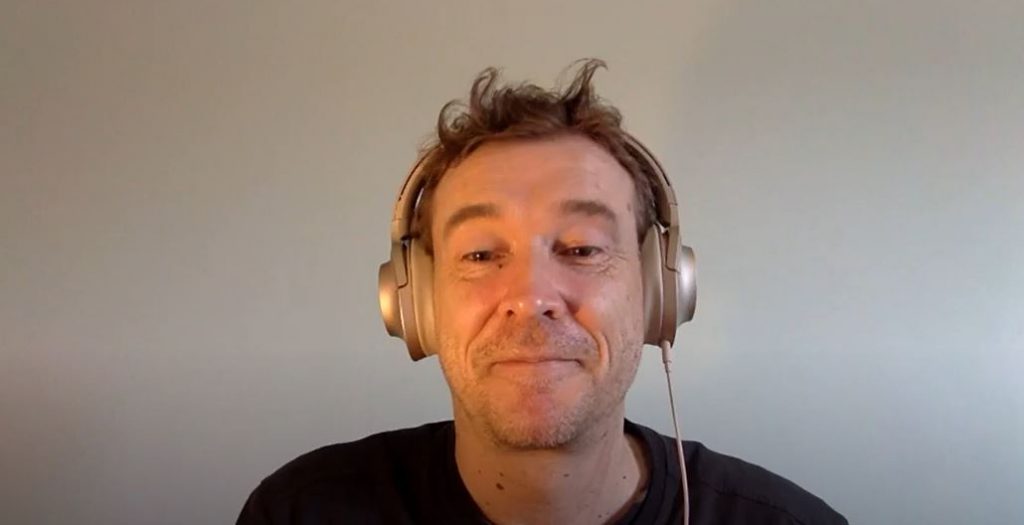 The University of Kent, in collaboration with Canterbury Christ Church University and the Canterbury Festival, are organising a series of events to celebrate the 40th anniversary of the publication of Riddley Walker (1980), which features a video response from School of English alumnus David Mitchell.

The Riddley Walker committee, consisting of Dr Paul March-Russel (University of Kent), Dr Andrew M. Butler and Dr Sonia Overall (Canterbury Christ Church) and Fiona MacDonald (Feral Practice), have invited artists and writers, including David Mitchell, who has responded via video, to comment on the book.

As part of the Riddley Walker celebration, on Saturday 24 October 2020 from 11am to 5pm, there will be an online symposium entitled ‘Sum Tyms Bytin Sum Tyms Bit’, featuring talks, screenings and, creative responses inspired by Riddley Walker. It will also feature special guest, writer and editor Dominic Power, whose radio adaptation of Riddley Walker brought a new audience to the novel. The Kent Animal Humanities Network will also be participating in the event, with a panel exploring the figuring of dogs, other animals and animality in Riddley Walker.

Russell Hoban’s cult classic Riddley Walker (1980) is set in a post-apocalyptic Kent, which has regressed to the level of iron-age society as a result of a nuclear holocaust some 2000 years before. Many writers have expressed their admiration for and indebtedness to the novel, including David Mitchell, Kent alumnus and internationally acclaimed best-selling novelist. David talks about his discovery of the novel while in Canterbury and his return to it in Hiroshima, here:
https://youtu.be/feYhP2xxUz4

David studied English and American literature at Kent from 1987 until 1990. He has written eight novels, including the two Booker-shortlisted novels number9dream (2001) and Cloud Atlas (2004), The Bone Clocks (2014), and most recently, Utopia Avenue (2020). Cloud Atlas has also been made into a major film with an all-star cast; this is also the book in which we can witness David’s fascination with the world and language of Riddley Walker. David has been awarded numerous literary prizes and in 2018, he won the Sunday Times Award for Literary Excellence, given in recognition of a writer’s entire body of work. David was also awarded an honorary degree by Kent in 2006.