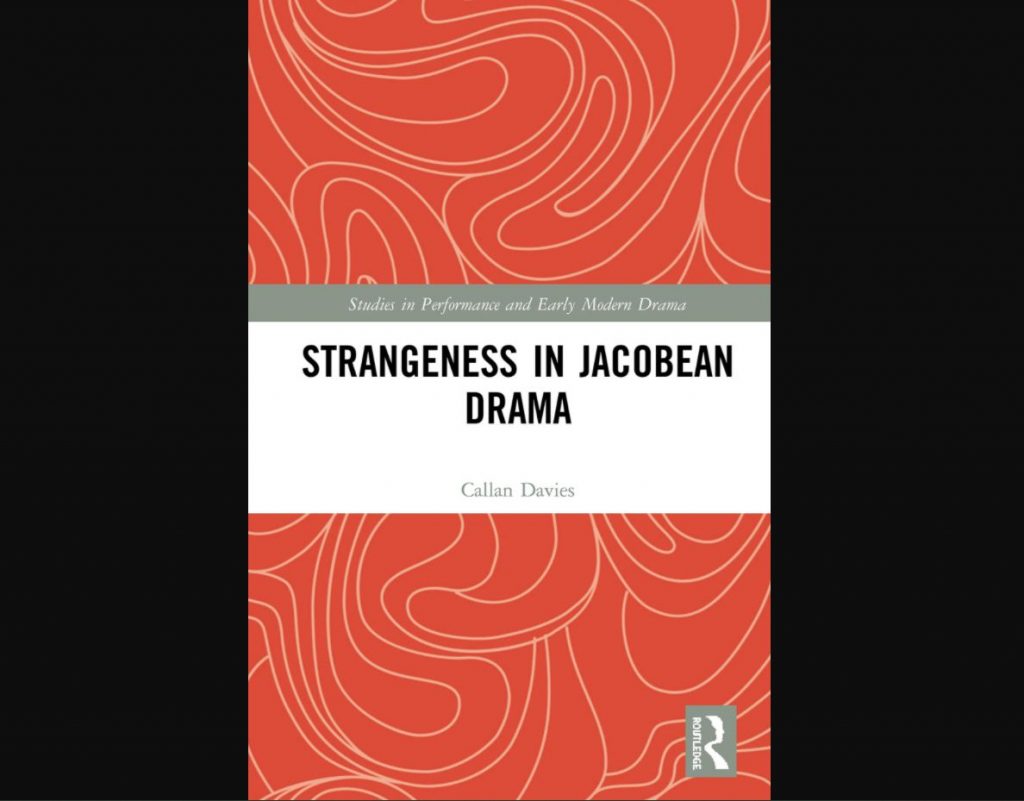 Dr Callan Davies, Research Associate in the School of English, has published a monograph entitled Strangeness in Jacobean Drama (Routledge, 2020).

In his book, Callan presents “strangeness” as a fresh critical paradigm for understanding the construction and performance of Jacobean drama—one that would have been deeply familiar to its playwrights and early audiences. This study brings together cultural analysis, philosophical enquiry, and the history of staged special effects to examine how preoccupation with the strange unites the verbal, visual, and philosophical elements of performance in works by Marston, Shakespeare, Middleton, Dekker, Heywood, and Beaumont and Fletcher.

Strangeness in Jacobean Drama therefore offers an alternative model for understanding this important period of English dramatic history that moves beyond categories such as “Shakespeare’s late plays,” “tragicomedy,” or the home of cynical and bloodthirsty tragedies.

Strangeness in Jacobean Drama will be launched at an event hosted by the Centre for Medieval and Early Modern Studies as part of their digital seminar series on Thursday 8 October 2020 at 6pm. The book launch will be chaired by Professor Catherine Richardson, Professor of Early Modern Studies in the School of English, and will also include a roundtable discussion on strangeness and early modern performance.

Further information about the book can found on the Middling Culture blog, here:
https://middlingculture.com/2020/09/16/strangeness-jacobean-drama-and-chester/