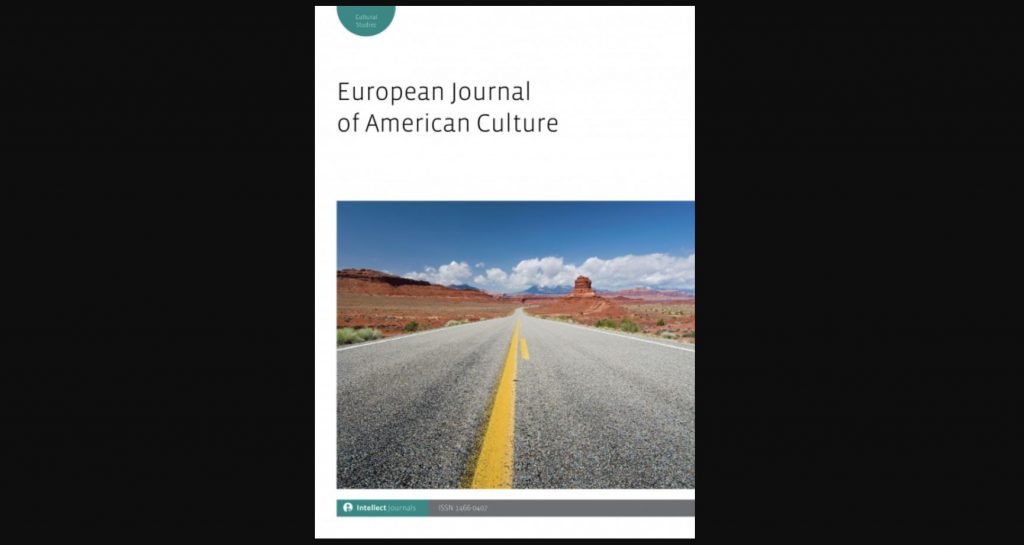 Dr Will Norman, Reader in American Literature and Culture in the School of English, has co-edited an edition of the European Journal of American Culture on ‘The cartographic imagination: Art, literature and mapping in postwar America’ with Monica Manolescu (University of Strsbourg).

The European Journal of American Culture is a peer-reviewed journal that aims to encompass the evolution of America and its culture. It is particularly interested in how the visual arts, politics, literature, history and media engage with cultural issues.

This interdisciplinary issue on The cartographic imagination: Art, literature and mapping in postwar America’ start from the premise that maps and the practice of mapping developed a particular significance for writers and artists in the post-1945 United States. Cartography, we argue, became a distinctive aesthetic resource in this period as well as a means to think critically about the nation, its politics and society. The articles presented here reflect on how American space is constructed, reconfigured and displaced in both art and literature, and examine the role played by mapping in these strategies.

The edition also features an article by Professor David Herd, Professor of Modern Literature in the School of English, which he co-authored with Professor Stephen Collis (Simon Fraser University).

The article, entitled ‘Making space for the human: Rights, the Anthropocene and recognition’ addresses the tension between two expressions of post-war spatiality. It was the aim of the Universal Declaration of Human Rights, the article observes, to achieve a formulation of the human from which no person might fall out. At the same time, as the category of the human as attribute of persons struggled to extend itself, so the effects of the so-called Anthropocene became greatly accelerated. The article argues that these forms of spatiality must be thought in relation to one another. It contends that to understand the degree to which the Universal Declaration was spatial in its understanding, it is necessary to read that document alongside such post-war writers as Charles Olson and Hannah Arendt. It considers how far, in various post-war geopolitical imaginaries, one finds resources for thinking about human movement in our own moment, and how such thinking can address the Anthropocene and its still accelerating effects.