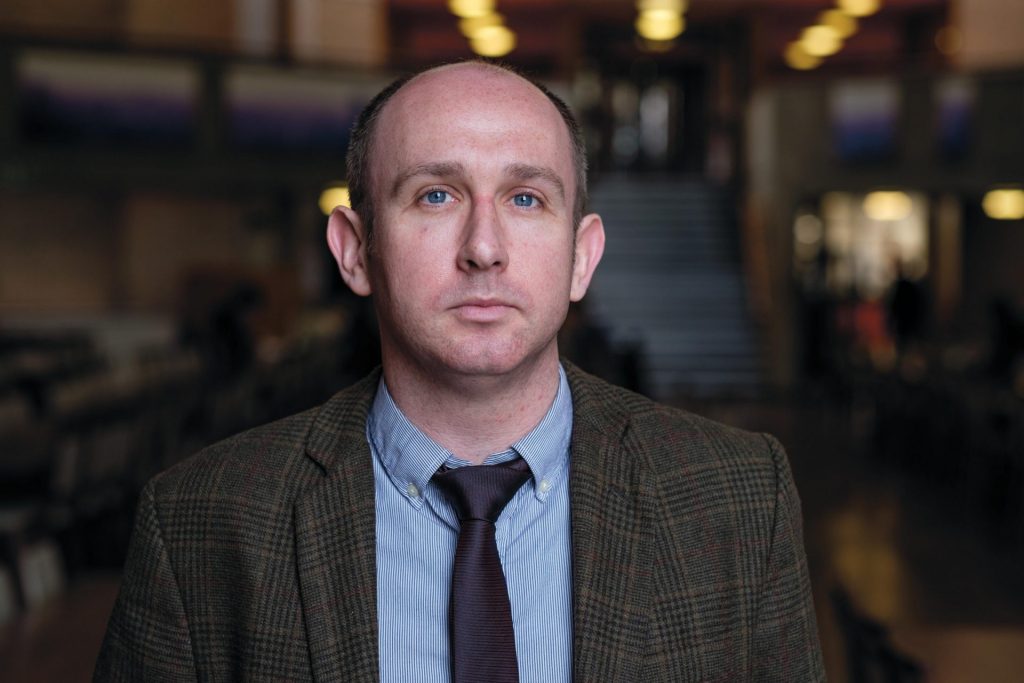 Congratulations to Dr Rory Loughnane, Senior Lecturer in Early Modern Studies at the School of English, who has been elected as Plumer Visiting Fellow in Early Modern English Literature at St. Anne’s College, University of Oxford.

The Plumer Visiting Fellowship is a position designed for notable academics that have contributed prominently to their field of research, to be temporarily resident in Oxford for the period of the role whilst they pursue a particular area of research.

Dr Loughnane’s appointment to the role follows a sustained period of outstanding contribution to the field of literary research, most notably on the influence and writings of playwrights and poets Christopher Marlowe, William Shakespeare, and Thomas Middleton. In 2019 he was awarded the Calvin and Rose G. Hoffman Prize for distinguished work in Marlowe studies.

Beginning in Spring of 2021, Dr Loughnane’s research as Plumer Visiting Fellow will focus further on the writings of Christopher Marlowe, as he undertakes bibliographical analyses of the Bodleian Library’s holdings in the earliest printings of Marlowe’s works. Dr Loughnane is General Editor of the forthcoming The Oxford Marlowe: Collected Works, collaborating with School of English colleagues Professor Catherine Richardson and Dr Sarah Dustagheer and a team of twenty-five international scholars to produce a new research-led edition of the works of the Canterbury-born poet-playwright. The editorial project will be based at the University of Kent.

Of his election to the Fellowship, Dr Loughnane said: “I am delighted to have been elected to the position of Plumer Visiting Fellow at St. Anne’s College, University of Oxford. It is an honour to have been considered. I look forward to spending some dedicated time with the Bodleian’s extensive collection and hope that my research there will make a positive contribution to the edition.”

Dr Sarah James, Head of the School of English said: ‘We’re delighted that Dr Loughnane has been awarded this very prestigious fellowship. He is one of the foremost textual scholars of his generation, and it is wonderful to see the international reach and significance of his work recognised in this way. It is a fantastic achievement, and very richly deserved.’