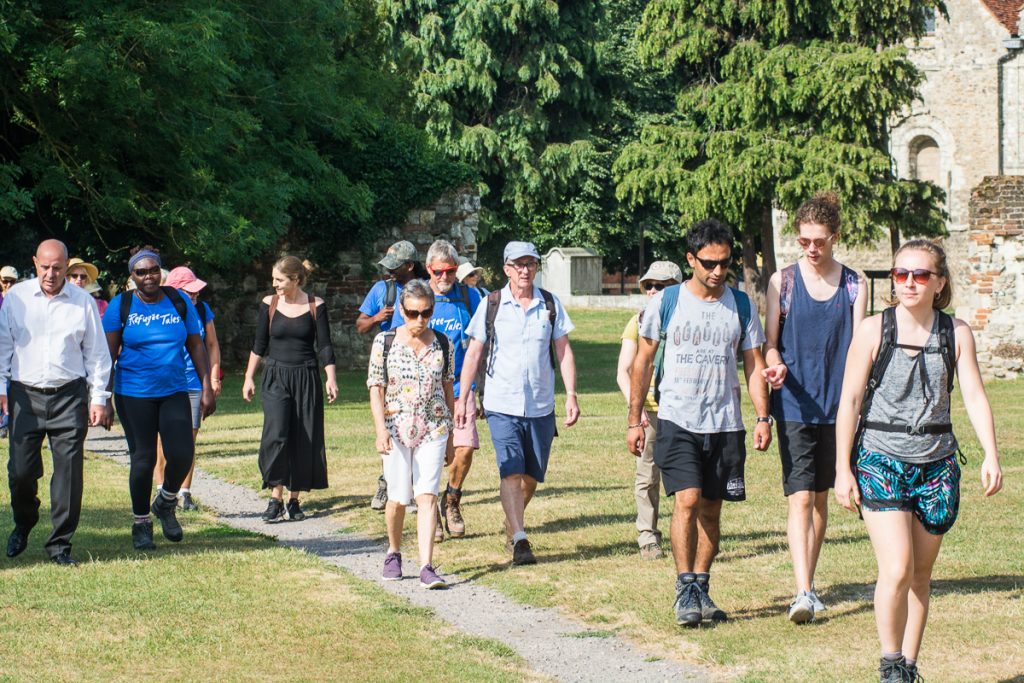 Re-issuing its call for an end to indefinite detention, Refugee Tales walks for the fifth time this year. Starting in Brighton on July 6 and ending in Hastings on July 10, the project will once again call attention to the fact that the UK is the only country in Europe that detains people indefinitely under immigration rules, with over 26,000 people detained in this way in the year ending June 2018.

Everywhere the project stops, people who have experienced detention will share their stories with public audiences, either as first person testimonies or as collaborations with leading writers, including Monica Ali, Lisa Appignanesi, Abdulrazak Gurnah and David Constantine. As in previous years, a series of lunchtime talks will explore the project’s political themes. As the walk makes its way along the coast, looking out across the channel, speakers including Bridget Anderson, Helen Barr and Ali Smith will consider what it means to think ‘Beyond the Border’. To mark the fifth year of walking, Comma Press have published Refugee Tales III, a volume which brings together testimonies and collaborations from the past two years.

Commenting on this year’s walk, Professor David Herd of the School of English, who co-organises Refugee Tales with Anna Pincus and colleagues at Gatwick Detainees Welfare Group, commented:

“The fact that Refugee Tales walks for the fifth time this year is a moment for reflection. During that time the project has become international. Walkers now join us from many countries around the world and the project is frequently invited to speak at international events. This reflects the sobering political fact that with the rise of nationalism and the far right, detention has increasingly become a defining issue of our moment. The positive news is that in the UK we have never been closer to an end to indefinite detention. An amendment that could see an end to the practice is currently making its way through Parliament carrying substantial cross-party support. At the same time that this progress is being made, however, people who have shared their stories with Refugee Tales continue to have their lives blighted by the hostile environment. As the new book reports, in the time that we have walked many of those who walk with us, having sought asylum in the UK, have seen no change in their circumstances. Five years on they are sill unable to work, are still required to sustain themselves on £5 per day, are still constantly vulnerable to dispersal and re-detention. Indefinite detention remains the threat that underpins the hostility of the present environment. Refugee Tales calls for that policy to end now.”

To learn about Refugee Tales’ current work and the history of the project, go to: www.refugeetales.org