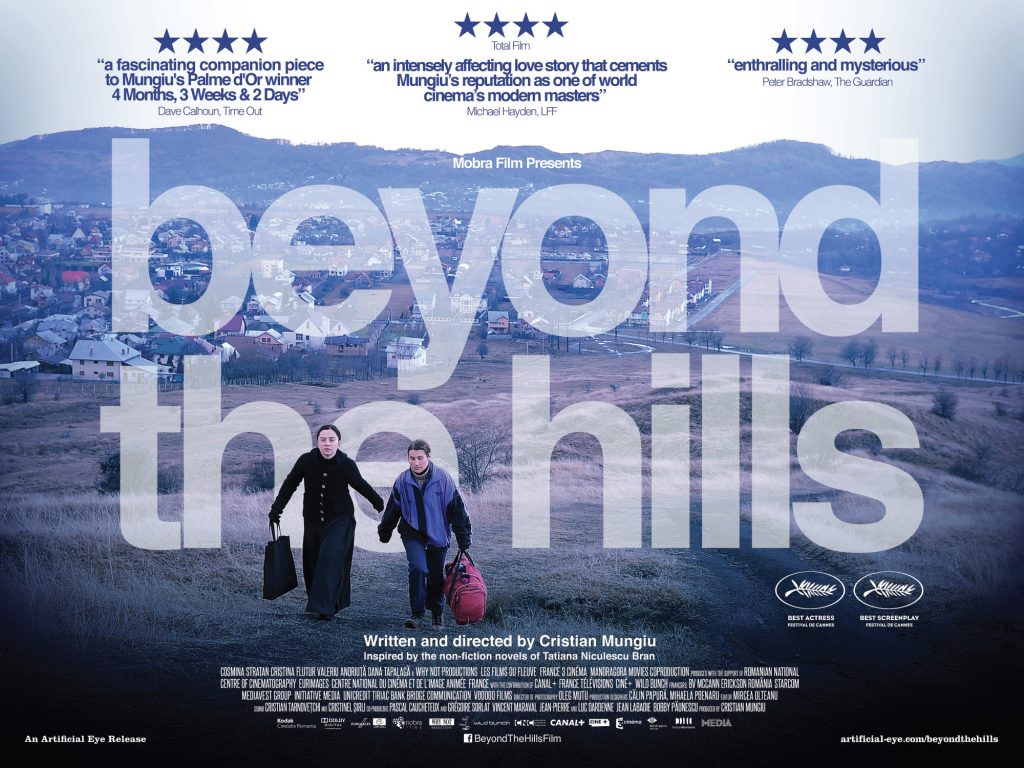 Grappling with a contested past described either as state feminism or “state patriarchy” (Mihaela Miroiu), postsocialist Romania has to reassess its representations of femininity in light of both the resurgence of Church interference in political matters and the new material turn in the humanities. Rather than view feminism as a discourse foreign to the periphery of Europe, this workshop aims to treat it as a “travelling theory” (Edward Said) in a “zeugmatic space” (Mihaela Mudure), challenging the dominant narrative of postfeminism and “capitalist realism” (Mark Fisher). We will tackle issues such as gender roles, sexuality, class, the Romanian diaspora between (self-)exile and economic migration, tradition, cultural hegemony and counterculture, aided by three examples from the Romanian New Wave in cinema, namely Soldaṭii. Poveste din Ferentari (Soldiers. Story from Ferentari, 2017), Sieranevada (2016), and Dupặ dealuri (Beyond the Hills, 2012).

This interactive workshop is open to all

Cristina Diamant, PhD candidate in English literature at Babes-Bolyai University, Romania, is a visiting scholar in the Centre for Gender, Sexuality, and Writing under the Erasmus traineeship programme and assistant editor of the Metacritic Journal for Comparative Studies and Theory. Her academic interests include cultural theory, materialist feminism, posthuman studies, and pop culture, especially graphic novels, in the context of investigating various representations of otherness.