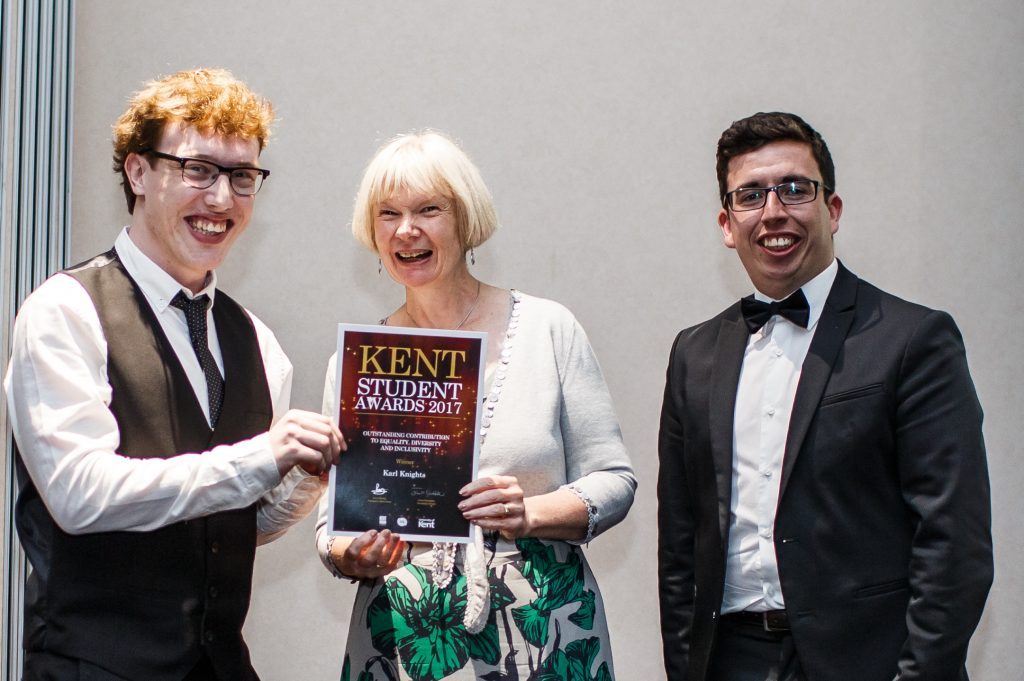 Second year student Karl Knights recently won the award for Outstanding Contribution to Equality, Diversity and Inclusivity at the Kent Student Awards 2017 for his work on mental health awareness.

Karl, who studies English and American literature in the School of English, was recognised for using his own personal experiences and strong communication skills to bring openness to the issue of mental health.

Karl has already written on this topic for a wide range of national media outlets, such as The Huffington Post and the Guardian and works as a press ambassador for Mind, Student Minds, SANE and Time to Change and Rethink Mental Illness.

He has also been actively engaged in working with others at the university to further raise awareness on this issue and is in training to run the Brighton Marathon in 2018 and raise £1,000 for Mind.

His award was issued on the eve of Mental Health Awareness Week 2017, which runs from 8-14 May.

As part of the event, four students from the students from the School of Engineering and Digital Arts produced a video animation for the BBC that documented the issue of mental health treatment and the problems that exist as experienced by a patient named Sophie.

This video was watched hundreds of thousands of times online led to an apology from the NHS CEO of Kent and Medway Partnership Trust after she saw the video. She has since agreed to meet with Sophie and vowed to improve mental health services in the future.