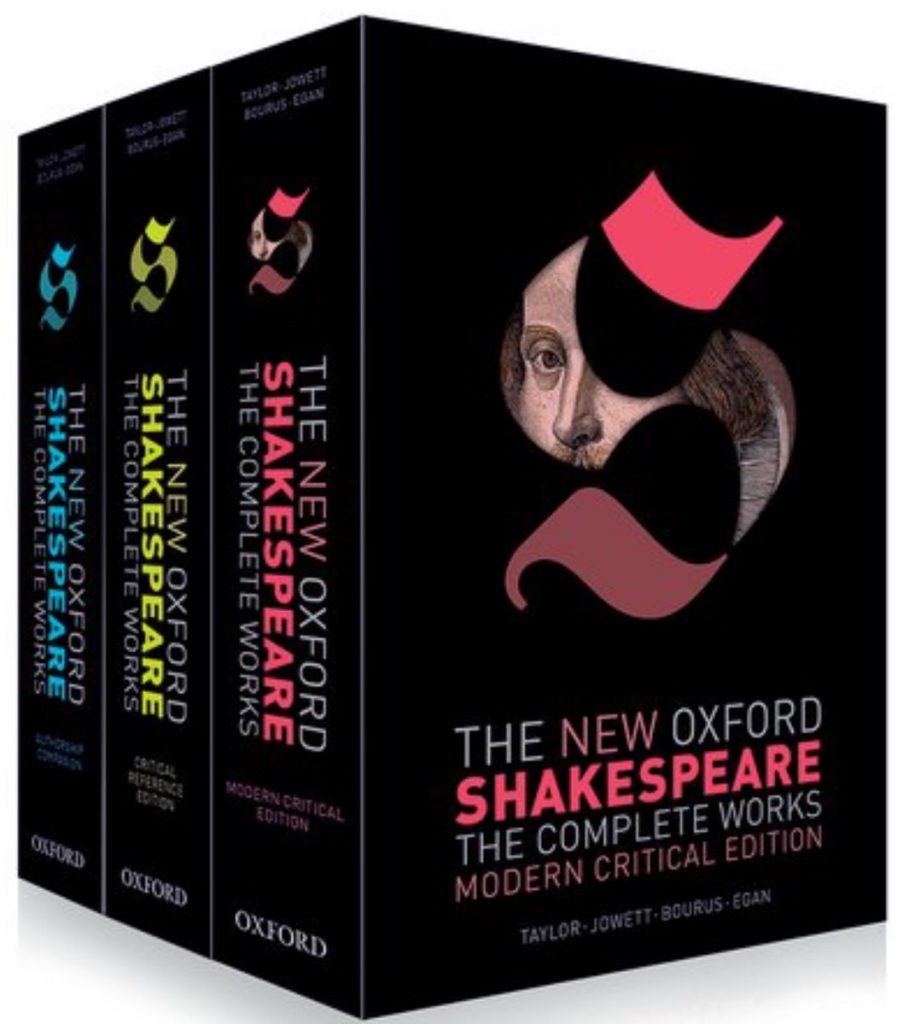 The Faculty of Humanities Prize for Starting Research has been awarded to Dr Rory Loughnane (School of English) in recognition of his significant contribution to the landmark new critical edition of Shakespeare’s works, The New Oxford Shakespeare (Oxford University Press, 2016-17).

The New Oxford Shakespeare is the flagship publication of Oxford University Press (OUP) in 2016-17. Its publication was planned to coincide with the quatri-centennial anniversary of Shakespeare’s death; the first volume, the Modern Critical Edition, was published in October 2016.

The editing of Shakespeare is generally undertaken by the most senior scholars after a lifetime of teaching and research. Rory was hired as Associate Editor at the age of twenty-seven because of his publications on Shakespeare with field-leading journals and university presses. He was initially asked to undertake six plays for the edition, but he was then invited to edit an additional four plays (and co-edit another), while also co-authoring the ‘Canon and Chronology’ essay among other duties.

Although he has made this the centre of his work, Dr Loughnane also has an impressive profile outside the New Oxford Shakespeare project. In addition to the ten plays which he has edited, he has produced 4 edited collections (with a further 2 forthcoming), twenty substantial scholarly articles and chapters.

The New Oxford Shakespeare is a new multi-volume and multi-platform edition of the complete works of William Shakespeare. But it is also a research-led initiative to unearth new discoveries about the authorship, provenance, and transmission of Shakespeare’s works. As Associate Editor, Dr Loughnane was responsible for editing ten plays and co-editing another for the edition. Major canonical works that he edited include The Merchant of Venice, Henry V, Twelfth Night, and The Tempest. Dr Loughnane’s other work for the edition was primarily focused on issues related to authorship and attribution, considering which plays Shakespeare wrote and, in certain cases, with whom. With Prof. Gary Taylor, the senior general editor on the project, Dr Loughnane co-authored a book-length essay about ‘The Canon and Chronology of Shakespeare’s Works’. This essay was published in the edition’s Authorship Companion (2017). Dr Loughnane also undertook further original research about the co-authorship of All’s Well that Ends Well (in the Authorship Companion) and Titus Andronicus (in The Review of English Studies), among several other related studies.

Some of the edition’s new findings were marked during a two-day conference held at the University of Kent last November (co-organised with Prof. Catherine Richardson). This event drew significant media attention, including a televised BBC interview about the Canterbury-born poet Christopher Marlowe’s co-authorship of certain of Shakespeare’s early history plays. Work on the Alternative Versions volume of the New Oxford Shakespeare continues apace, and Dr Loughnane is currently completing a monograph and an essay collection about related research.

On receiving the award, Dr Loughnane made the following comment:

‘It was such a lovely surprise to win this research prize. There is so much outstanding research in the Humanities taking place here at Kent, and it is an honour to be part of this active scholarly community. In particular, I am very grateful for the support of the School of English and the Centre for Medieval and Early Modern Studies (MEMS). I am also deeply indebted to the team of amazing scholars working on the New Oxford Shakespeare—it is a joy to see the edition in print at last.’