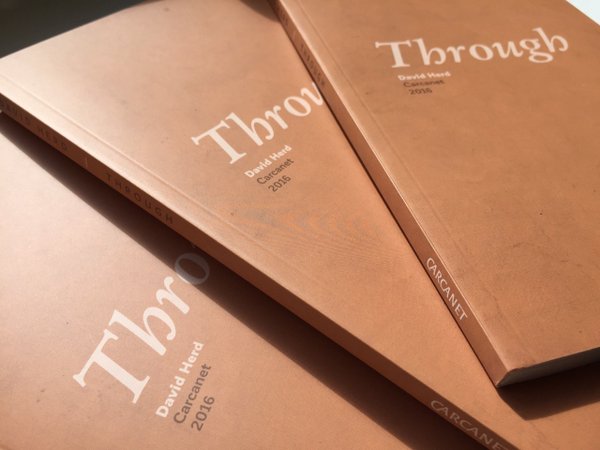 ‘The English will soon be living in a cultural and economic Appalachia of their own devising, and I sincerely hope they will like it. David Herd’s Through (Carcanet) is that very rare book, violently political and artistic, especially in the light of Brexit. Set in and around an immigration hearing, the narrator comes to understand that what the state wants for every refugee from persecution and genocide is that he die on the street, “Leaving the language unaffected by the process of expulsion”; or, to be corralled in some eternal holding pen. “Imagine having that dream. You’d have to have a mind of winter.”

David Herd’s recent writings on the politics of human movement have appeared in the Times Literary Supplement, Los Angeles Review of Books, Parallax and Almost Island. He is also the co-organiser of the project Refugee Tales, now in its third year. You can watch a short video about the project on the University of Kent YouTube channel.