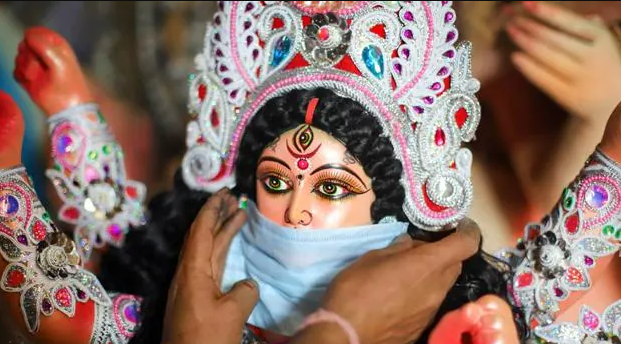 Third-year students Tanya Sengupta and Tapasya Bhandari, psychology and economics undergraduates respectively, share this perspective on their home country’s current battle to raise awareness and identify charities and NGOs for anyone wanting to donate.

In the last week, there has been a global surge in the Google search term “India” concerning the phrase “what is happening in India”.

With more than 320,000 daily cases of COVID-19 being reported in the last week, India has had a crippling fate. There is a total recorded figure of more than 18.8 million cases in the country alone. The official death tolls have been understated throughout the country, leaving people with mass confusion and fear. Hospital beds have become a luxury and there is a fight for obtaining oxygen supplies.

The social media storm has exploded with the anxiety being shared and the world community watches. Countries have started to realise the gravity of the situation and have offered support to India. This support comes in the forms of foreign aid and pledges of critical supplies from the US, Singapore, Russia, Germany, New Zealand, the UK, China, Pakistan, and France. However, experts feel that with India’s population of 1.3 billion, the pledged aid might be too late and have little effect.


Why is it happening?

India experienced the peak of the first wave of coronavirus in mid-September 2020 and as things appeared to improve, relevant authorities and the population let their guard down. Arguably, this was similar to the UK in terms of behaviour and political response. However, various additional factors can be attributed to the severity of the Indian second wave.

Critics argue that PM Narendra Modi’s government permitting ‘super spreader events’ such as; Hindu religious gatherings, election rallies, cricket matches, cinemas, etc, all largely maskless, have been significant contributors to the spread of the virus. Further, vaccination roll-out is relatively slow as only 1.8% of the population is fully vaccinated while 9% has received their first jab. Therefore, vaccination rollout in India has been highly criticized in comparison to other countries such as the US and the UK, albeit these countries have a much stronger healthcare system in place. This brings us to our next point, the crumbling Indian healthcare system under the weight of the pandemic has highlighted the existing deficiencies in its infrastructure.

When we refer to the healthcare system, we mean the government-funded public institutions which are largely accessed by poor people – 60% of India’s population live below the World Banks’ median poverty line of $3.10 a day (CNN). In 2019, the net government spending on healthcare in India was 1.28% of its GDP (Hindustan Times). For comparison, the UK allocated approx. 8% of its GDP in 2018 (ONS), and the OECD countries average at approx. 7.2% of GDP in 2019 (OECD). Why do we care about these figures? These figures show the disproportionate effect of income inequality through access to essential services like public healthcare in India. This is because people with a certain amount of wealth have access to private healthcare which on the other hand has been growing rapidly. This is also reflected in the fact that India was one of the first and few countries to have made COVID-19 vaccines available to people privately. Further, the impact of the “double mutant” B.1.617 variant is also being evaluated by scientists to fully assess the extent of its effect on the COVID-19 second wave.

Overall, in addition to the factors listed above, there is a collective psychological mindset to be considered. With a year of restrictions, peoples’ mental health has deteriorated and the lockdown has caused statistically significant increases in stress, anxiety, and depressive symptoms (Gopal, Sharma,& Subramanyam, 2020). The pandemic-induced stress has exacerbated pre-existing severe mental disorders and alcohol abuse as well as humanitarian aid-related problems (e.g. anxiety about food distribution). As restrictions eased after the first wave in roughly October, people became determined to exercise the inhibited freedom in an “all or nothing” effort. There was a boom in the travel industry. Goa became a popular destination for parties and immense crowds. On the flip side, there was a minor increase in health anxiety which was a product of normalized social gatherings. When the COVID-19 cases started increasing once again, travel restrictions included a necessary negative COVID-19 testing before flying between states. However, denial of the severity of the situation led to people producing fake COVID-19 result travel certificates which escalated the dire situation. The lack of social distancing and people’s refusal to get the vaccine could be due to underlying disbelief in science. Cognitive dissonance refers to a situation presenting conflicting attitudes that cause mental discomfort, a person may change one of their attitudes towards the situation to reduce their discomfort. Applying this to COVID-19, people could be minimizing their beliefs of the gravity of the situation and live in blissful denial.


How can we help?

We can all help ease the suffering in India by donating and creating awareness. Donations can contribute to PPE, oxygen supplies, food, and medical support. Below is a list of some NGOs currently doing the groundwork to save lives.

Give India is doing critical work through; providing critical patients with oxygen cylinders, feeding families struggling with hunger due to the second wave to name a few.

Khalsa Aid is a UK-based international non-profit that is currently sourcing oxygen equipment internationally to be delivered in India to those in need.

Sewa UK is supporting India by providing essential goods such as food and medicine supplies along with sourcing and distributing oxygen supply equipment.

Go Dharmic is a volunteer organisation based in the UK and India currently delivering Emergency Oxygen supplies and Medical support to India.

Khaanachahiye is a ground-up citizen movement that strives to fight hunger by crowdsourcing resources to feed vulnerable citizens.