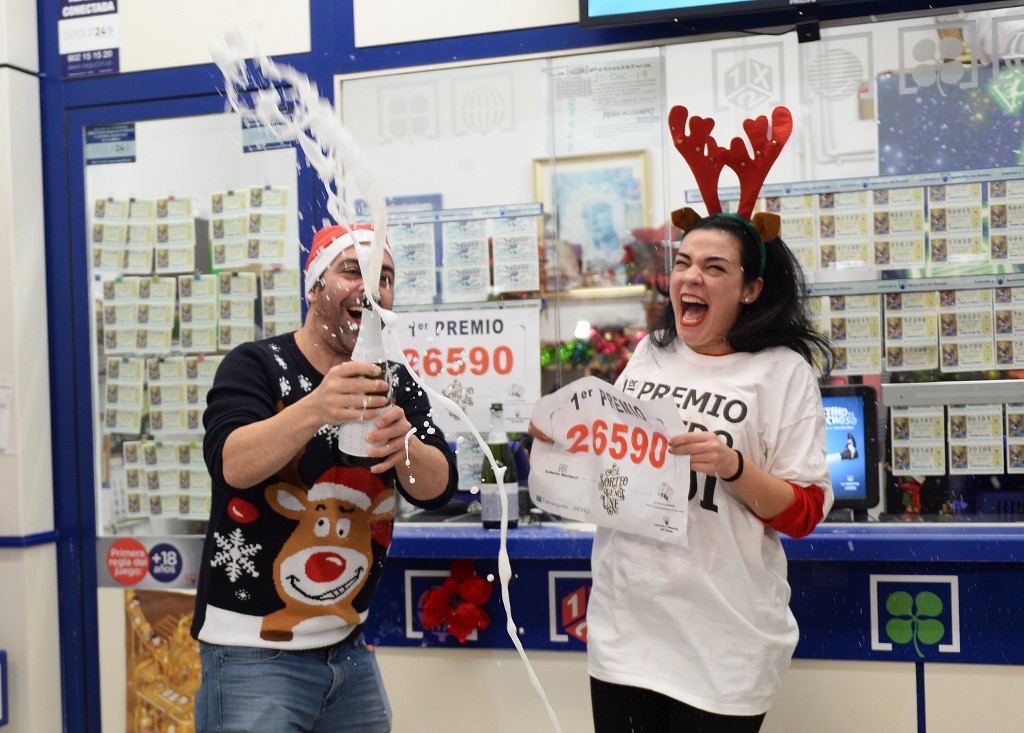 The first paper of PhD candidate, Guillermo Cabanillas-Jiménez’s thesis has researched the effect of the Spanish Christmas Lottery, El-Gordo – a very popular event in which around 75% of the population plays and first prize awards € 400,000.

“I’ve always thought: what do people do with the lottery prize? On the television the winners look so happy celebrating, but what happens after?” Guillermo Cabanillas-Jiménez told us about how he became inspired to start his thesis research.

“I have been curious about this for a long time and first got the opportunity to research this in m master’s thesis and have improved and extended this research during my PhD. Do the winners or winning regions tend to save more, or do they simply spend the money on debt-paybacks or in the purchase of luxury goods?”

Thanks to this research, Guillermo was able to answer this question as well as testing for some economic theories such as the Permanent Income Hypothesis, which states that an individual’s consumption at any point in time is consistent with that individual’s expected income.

As explained in the conclusion of the paper, the obtained results can help policymakers encourage Spanish Politicians to incur new policy measures, such as tax rebates or reductions in personal income taxes (known in Spain as IRPF) to encourage household consumption, especially in durable goods.

Additionally, in winning regions the consumption of durable goods increases significantly, whereas non-durable goods consumption remains stable. This implies a violation of the Permanent Income Hypothesis.

This is the first paper of Guillermo’s PhD Thesis, his second will be based on the British Postcode lottery effect on households’ behaviour

Interested in a PhD? Learn more about our programmes