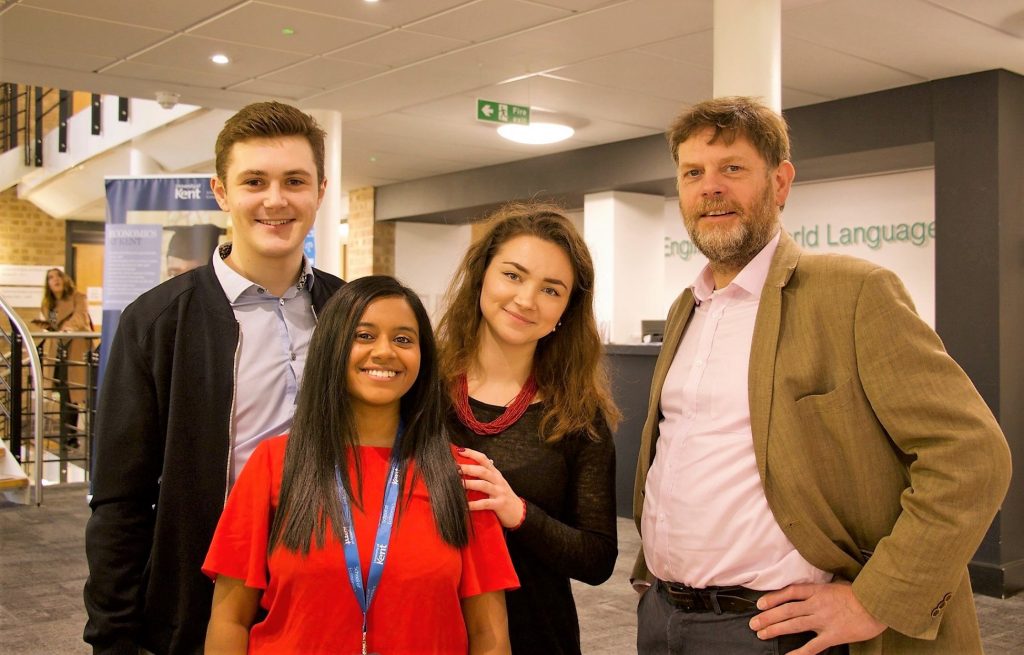 Choosing an overall winner from a category of 12 nominated academic societies was ‘no easy task’ this year, but Kent Union revealed that the Economics Society had best encompassed the aims of a society; creating a community, collaborating in new ways within their school to create a dynamic extra-curricular activity.

Despite the challenges presented by Covid, Kent Union made sure that their Activities Awards went ahead as planned, on a Facebook live. Emily Window, Vice President of Student Engagement presented the ceremony, not from Darwin Conference suite, but from her spare bedroom.

“The economics society has created a fantastic economics community for everyone, whether they were an economics student or not.” Window explained as she conferred the award, “This year the group has hosted a number of guest lectures from sought after speakers and challenged the perception of what it means to be an economist.

The society organised the second economics summit, putting their own mark on the event by focussing on environmental and sustainability issues. The committee have engaged with secondary school students and members of the public to expand the conversation outside their school.”

Organised entirely by the society the Economics Summit 2020 involved ‘tackling the issues of the decade’, with talks and debates on inequality, the technological revolution and climate change. Head of School, Dr Alastair Bailey who was present at the summit is thrilled for the team.

“It’s a pleasure to be able to congratulate the Economics Society for winning the Kent Union Academic Society of the Year prize 2020.” Bailey said “Working with the society executive this year has been a pleasure in itself, and so it is fantastic to see their efforts rewarded in this way. It is truly well deserved and you and your members are all a credit to the School and University.”

Obviously the committee, Peter Mann, Ollie Hall, Karina Maheswaran and Diana Adamczyk weren’t able to collect the award in person, but Adamcyzk sent us this message, “We’re so happy to end on a positive note given the abrupt ending to the year. Thank you, to the amazing Econ School staff, for helping us – we’ve learnt so much through being on the society and are very grateful for the experience.”