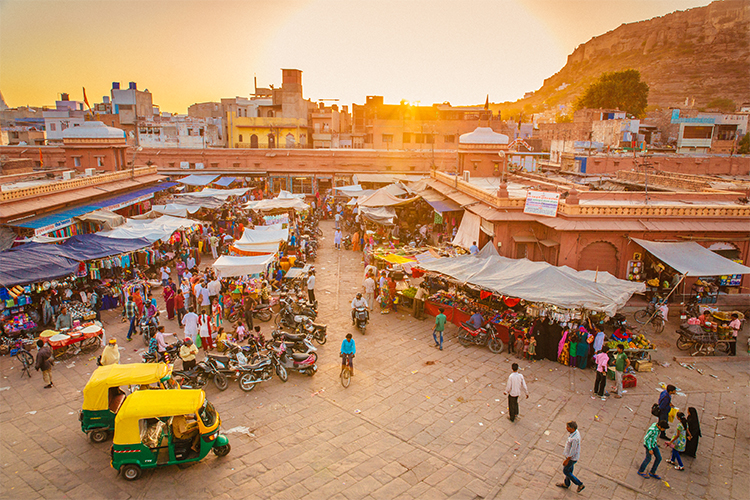 Large-scale rural-urban migration and a concurrent shift in employment from agriculture to manufacturing are two common features of countries in the process of economic development. Most of the past theoretical and empirical work in this area has focussed exclusively on understanding the migration and work patterns of men, so that relatively little is known about the potential for and drivers of female migration in developing economies. In traditional societies, prevailing gender norms can restrict female work participation and independent (i.e. without a family) migration, which suggests that women may be more limited than men in their ability to take advantage of economic opportunities in urban non-agricultural industries. On the other hand, it is well-documented that marriage is an important vehicle for female long-distance migration in traditional patriarchal societies, which suggests that the marriage market can provide – and itself be shaped by – growing economic opportunities for women in urban areas.

In this paper, we explore these issues in two steps. First, we construct a model in which women make marriage and migration decisions jointly – and under the constraints imposed by social norms. Then, we test the hypotheses of the model using the event of the construction of a major bridge in Bangladesh – which dramatically reduced travel time between the economically deprived northwestern region and the industrial belt located around the capital city Dhaka – as a source of plausibly exogenous variation in migration costs. Using this natural experiment along with data from a purposefully designed nationally representative survey of women covering 20 age cohorts (the 2014 Women’s Life Choices and Attitudes Survey or WiLCAS) we estimate the effects of a drop in the cost of migration to the industrial belt on (i) female migration; (ii) marriage patterns; (iii) female labour force participation; (iv) male and female educational attainment.

In accordance with our model’s predictions, we find that the bridge construction induced changes in a range of outcomes, but only for those women whose families own more than half an acre of land (a commonly used poverty threshold). In particular, we find that such women are more likely to migrate towards Dhaka (by 5 percentage points), work in the urban manufacturing sector, pay a higher dowry and obtain more years of schooling. Importantly, there is a statistically significant effect on marriage-related migration but not on economic migration. The effect sizes – especially on migration – are very large in comparison to baseline levels of the outcomes.

These empirical findings shed light on both the constraints to and the linkages between the marriage, work and migration decisions of women in developing countries. In particular, the findings are consistent with the hypothesis that social norms restricting female mobility prevented women from rural parts of Bangladesh from taking direct advantage of the reduction in migration costs produced by the bridge construction. Nevertheless, a subset of women were able to migrate to the industrial belt and thus take up employment in the manufacturing sector, by paying a higher dowry and marrying male migrants from the local marriage market.